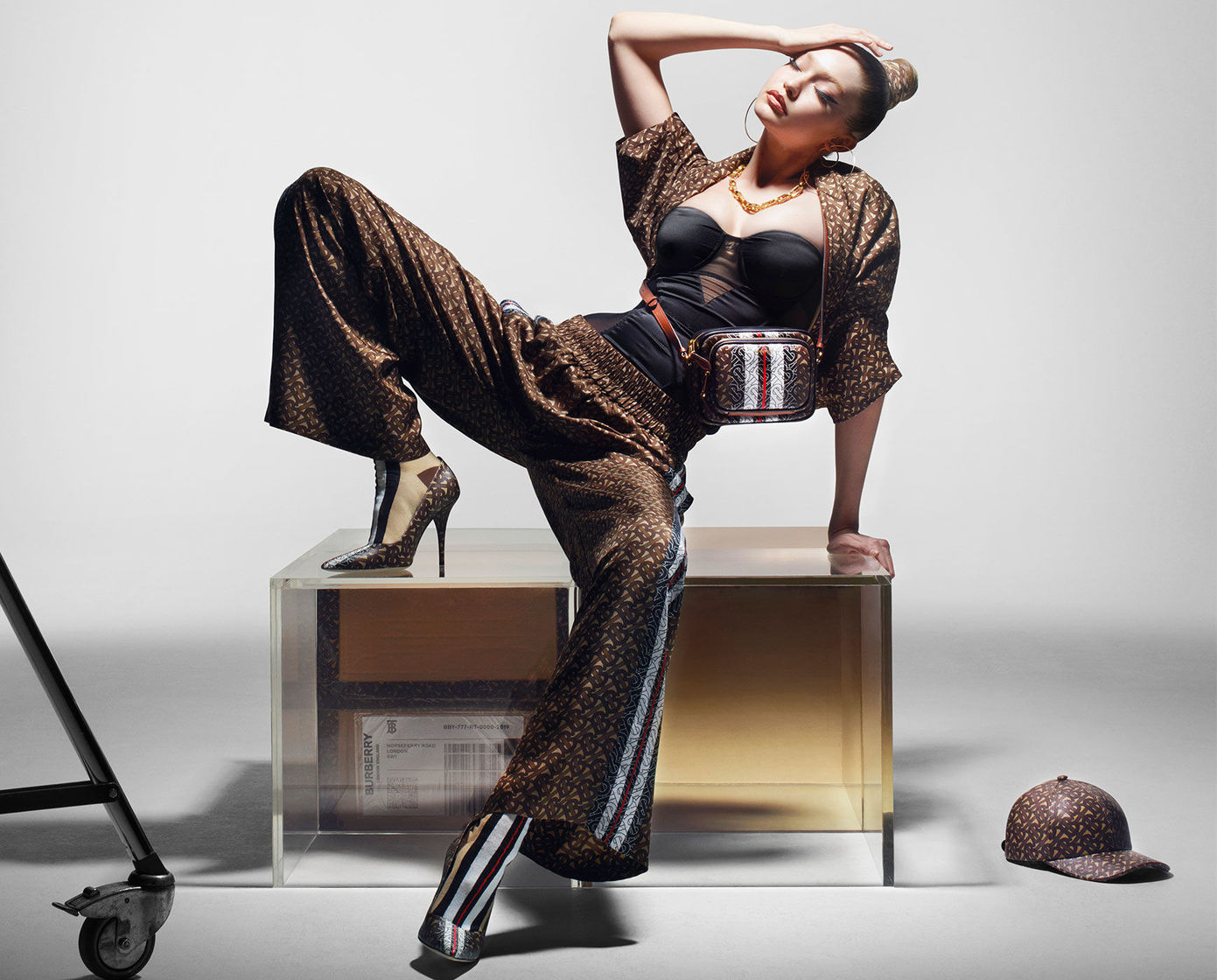 On the 14th May, Riccardo Tisci made his own ‘TB’ stamp on Burberry with the reveal of the first ever Monogram collection at the heritage brand.

Since taking the reigns as Chief Creative Officer at Burberry in early 2018, Riccardo has looked back at the rich history of this quintessentially British brand and discovered a selection of Thomas Burberry logo motifs from the 20th century. Using this as his main source of inspiration and working collaboratively with British graphic designer Peter Saville, Riccardo has created a new, signature monogram logo that champions the house’s founder. Using Thomas Burberry’s initials, the new ‘TB’ logo interlocks the two letters and is presented in the unmistakable Burberry shades of beige and brown, creating a new icon in Burberry’s print archives.

‘When I first started at Burberry, I spent a lot of time in the archives researching the rich history of the house. I quickly became very interested in Thomas Burberry and who he was not only as an inventor and innovator, but also who he was as a man, a husband and a father. When I saw an image of his initials, the design felt so special and actually very modern, so I quickly developed it into a new code for the house. It’s a symbol that not only embraces Burberry’s heritage but also feels very contemporary.’ – Riccardo Tisci, Chief Creative Officer

Drawing on his iconic list of creative contacts, Riccardo Tisci assembled a campaign team with the help of visionary Nick Knight, stylist Katy England, make-up artist Isamaya Ffrench, hair stylist Gary Gill and supermodel Gigi Hadid. In a contemporary twist, and demonstrating her versatility, Gigi plays the part of the boy, the gentleman, the girl and the lady to model key pieces from across the Monogram capsule collection.

Discover Burberry’s Monogram collection online or at Browns South Molton Street which houses an exclusive installation with the full range of pieces. With the new Monogram print emblazoned across both men’s and women’s RTW pieces, accessories and footwear, you will have no option but to pledge allegiance to Burberry in head-to-toe Monogram.