Li-Ning Says Hi to the World

It’s no surprise that for the 2008 Beijing Olympics, gymnast Li Ning was invited to represent the country by lighting the cauldron that signals the start of the Games. Dubbed the Prince of Gymnastics, a nickname earned after his performance at the World Championships of Gymnastics in 1982 in Zagreb, winning all but one of his events, he went on to win the most medals as a single athlete at the 1984 Olympic Games in Los Angeles. Li Ning cemented himself as a Chinese sports hero, naturally leading to him founding his own sportswear brand in 1990: Li-Ning.

I first heard of Li-Ning while travelling as a child to China, my mother’s homeland, where Li-Ning boutiques are ubiquitous. It is the de facto national sportswear brand, seen everywhere, in every mall, on every commercial street.In Beijing, Li-Ning apparel and footwear is a cross-generational go-to for morning tai chi in the park or for after-school basketball matches. Li-Ning also outfits professional athletes, and has partnerships with Chinese national teams, while also sponsoring individuals the world over. As basketball is China’s favourite sport—its domestic fandom rivalling the population of the United States—it’s only natural to see Li-Ning on NBA and CBA courts. Li-Ning is the official partner of the CBA, having signed sponsorship deals with some of the NBA league’s best players including Shaquille O’Neil and Dwyane Wade, enticing the latter with a lifetime contract and the opportunity to create his own brand. What began as technical performance gear, however, is slowly evolving into something more aesthetically focused.In February 2018, Li-Ning’s Premium Collection debuted at New York Fashion Week. China’s response to Nike and Adidas presented looks primed for the street rather than a soccer pitch. After just three seasons of Li-Ning’s Premium Line, Li Ning and the brand’s Chief Product Officer, Hong Yu Ru explain the provenance of the line, give insight as to how Li-Ning got started, and share their hope for the brands future.

After you retired from gymnastics, you founded Li-Ning. Why did you want to start your own brand?Do you remember when you thought, “Yes, I’ve made it.”?Wow, that’s incredible. So how do Chinese consumers perceive Li-Ning?

LN: It came from the idea of wanting Chinese athletes to wear apparel and footwear from a national sports brand on the world’s most important athletic stages.LN: In 1992, we sponsored the Chinese national team for the Summer Olympics in Barcelona. Seeing our athletes compete in Li-Ning products was an outstanding moment. I am very pleased with the overall growth of the brand, and especially with our current development which includes a long term approach and strategy. We currently have more than 7000 of our own retail stores globally, most of which are located in China.HONG: We’ve been around for 29 years, so consumers here in China have known us for a long time.LN: But perception changed recently. Young consumers who grew up knowing the brand have now become very engaged and excited by what Li-Ning is doing and showing.HONG: Some people may see Li-Ning as a brand that represents China, which is a nice idea, and I hope it does represent them. The internet has connected the world, and the curiosity of the Chinese consumer about fashion and streetwear has developed over the past years in an extreme way. These days Chinese have a strong desire to support and choose Chinese brands, which they like and which they think are creating exceptional products.

That makes sense, but how do you think consumers from the rest of the world perceive Li-Ning?Could you tell me a little bit more about what the Premium Collection is? What motivated you to start it?Right, streetwear and fashion have always been a part of your DNA.

HONG: I would say for some international customers, it might not be so clear what Li-Ning is…LN: Because they’re just starting to get to know the brand. But there is a strong curiosity coming especially from the fashion/streetwear industry and its consumers.HONG: Eight years ago, we began selling internationally—now we are sold in over 30 stores outside of China. And in these last two years, we started showing our Premium Collection at New York and Paris Fashion Weeks.HONG: At our core, we’re a sportswear company; all of our products have a sports influence or reference, a lot from street sports like street basketball, skateboarding and BMX. I always say Li-Ning never changed. People say that with the Premium Collection, we’re now making a streetwear brand, but we were already making streetwear—products infused with contemporary Chinese elements and influenced by fashion.HONG: I really believe these two worlds are intertwined, influencing each other in a way that never existed before. We have strong performance/technical products but have realized that today, function is not enough. We have therefore infused style references into our performance products. In the same way, we are also ensuring that our streetwear products have a strong sport and brand influence. Sportswear is fashion these days. We realized that Li-Ning, as a Chinese brand with 30 years of history, would have a different and new perspective on this and wanted to showcase this.

That makes sense, to marry performance with style—what is Li-Ning’s Chinese perspective?And what about in the West, do you think the perspective differs there?What do you hope for the future of Li-Ning?

HONG: I believe the influences range from traditional Chinese history and culture, to the very modern futuristic urban city setting. There is a strong influence coming from the global youth culture that is connected through the internet. This includes celebrities, media, pop culture and other influences. We try to showcase this through our new premium products.HONG: Influence of European/American history, geography, pop culture etc will provide an aesthetic that is different. Today, these aesthetics are being mixed thanks to the cultural exchange that takes place from the internet and the ability for everyone to travel around the world.LN: My desire is for Li-Ning to showcase its strength to the world. 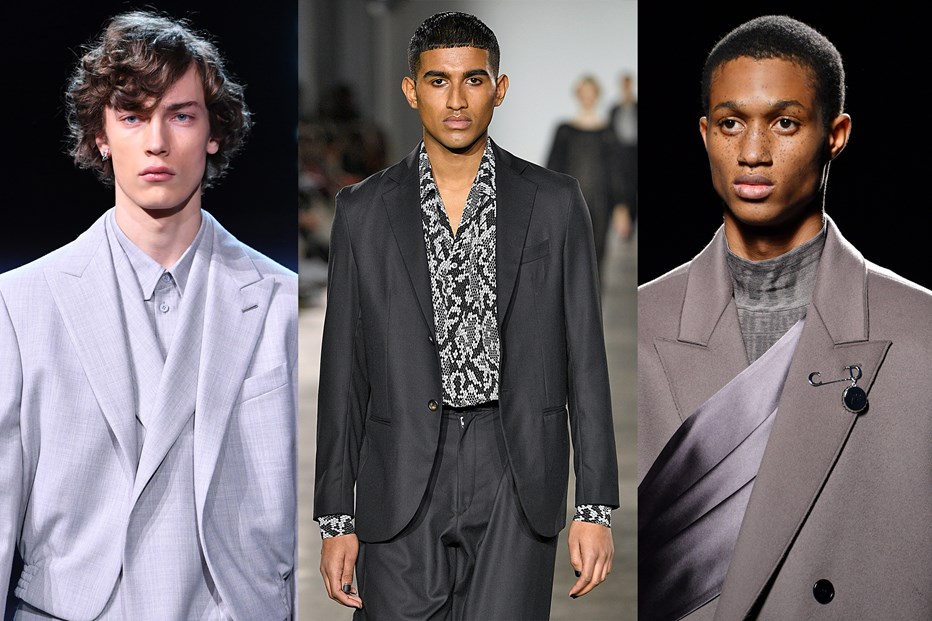