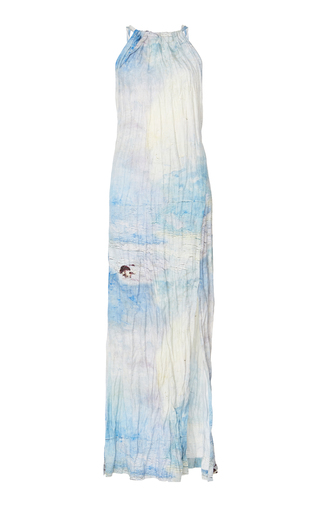 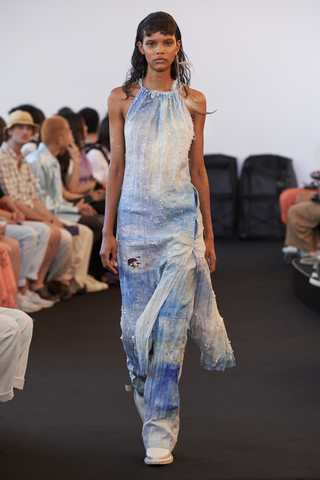 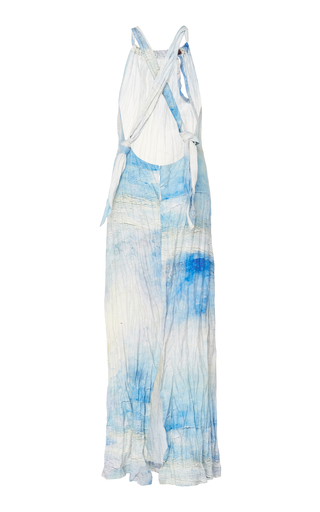 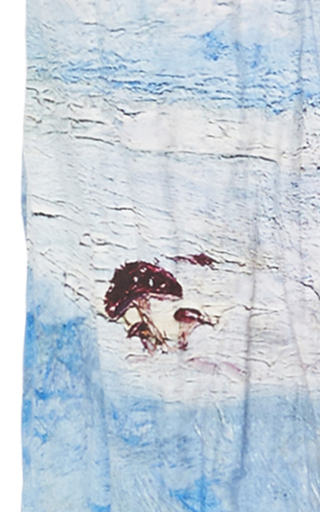 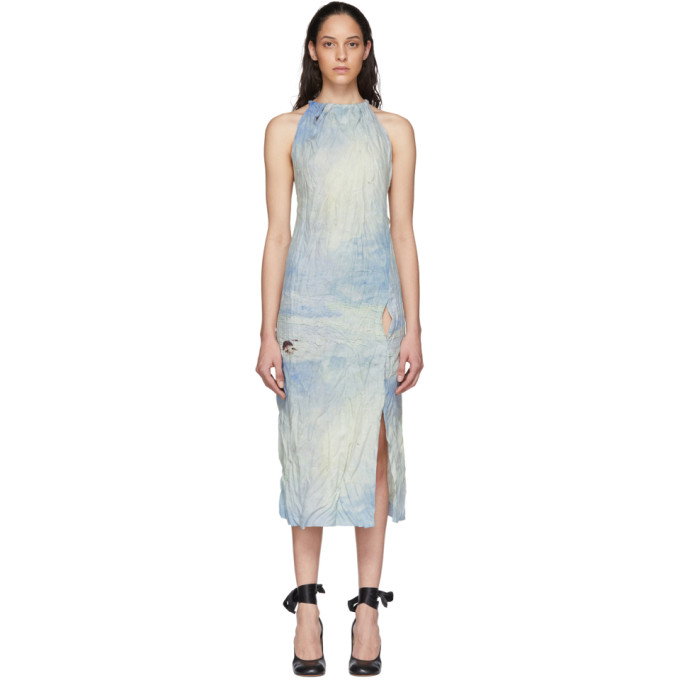 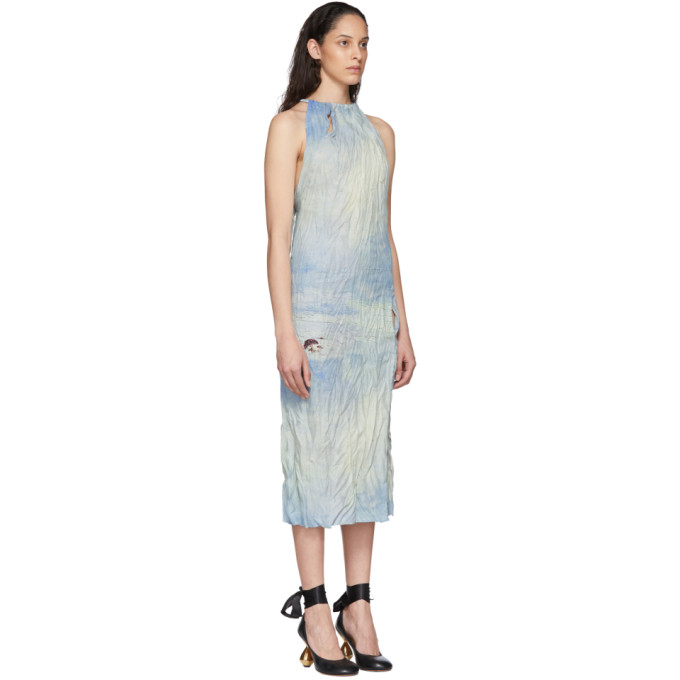 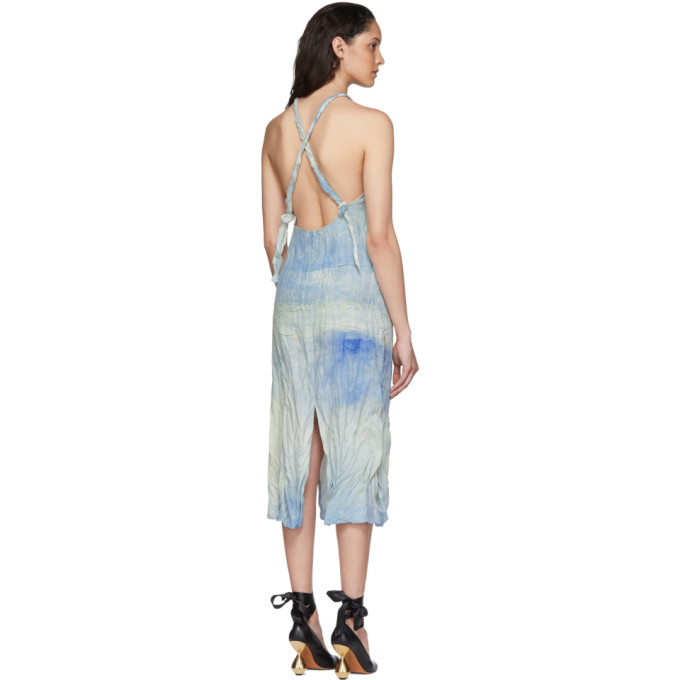 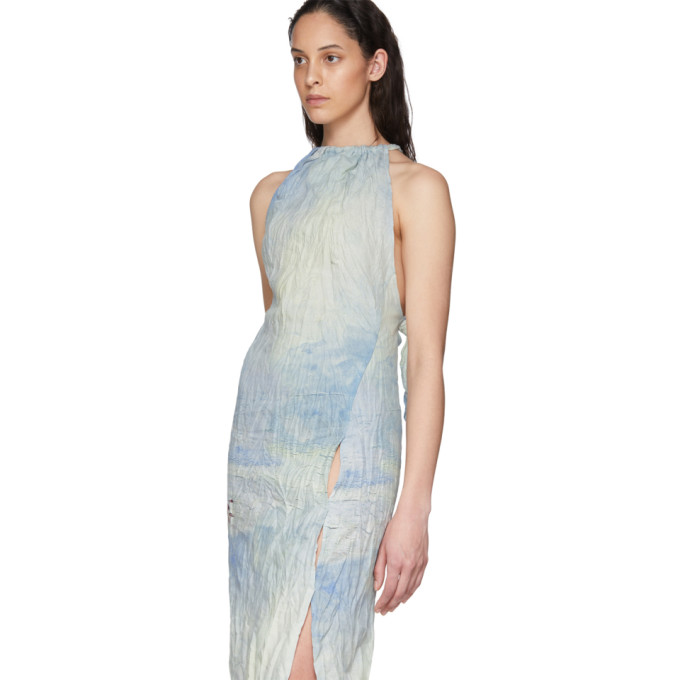 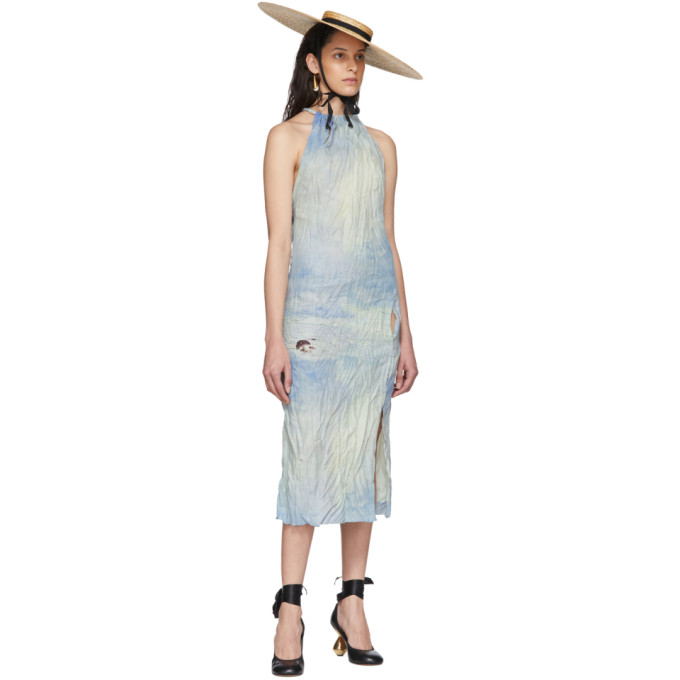 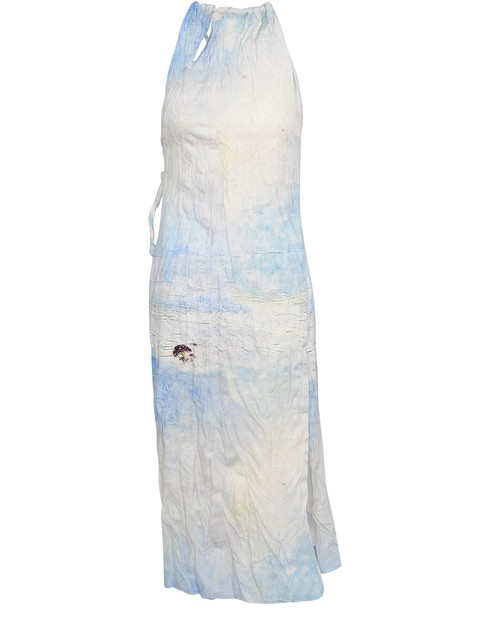 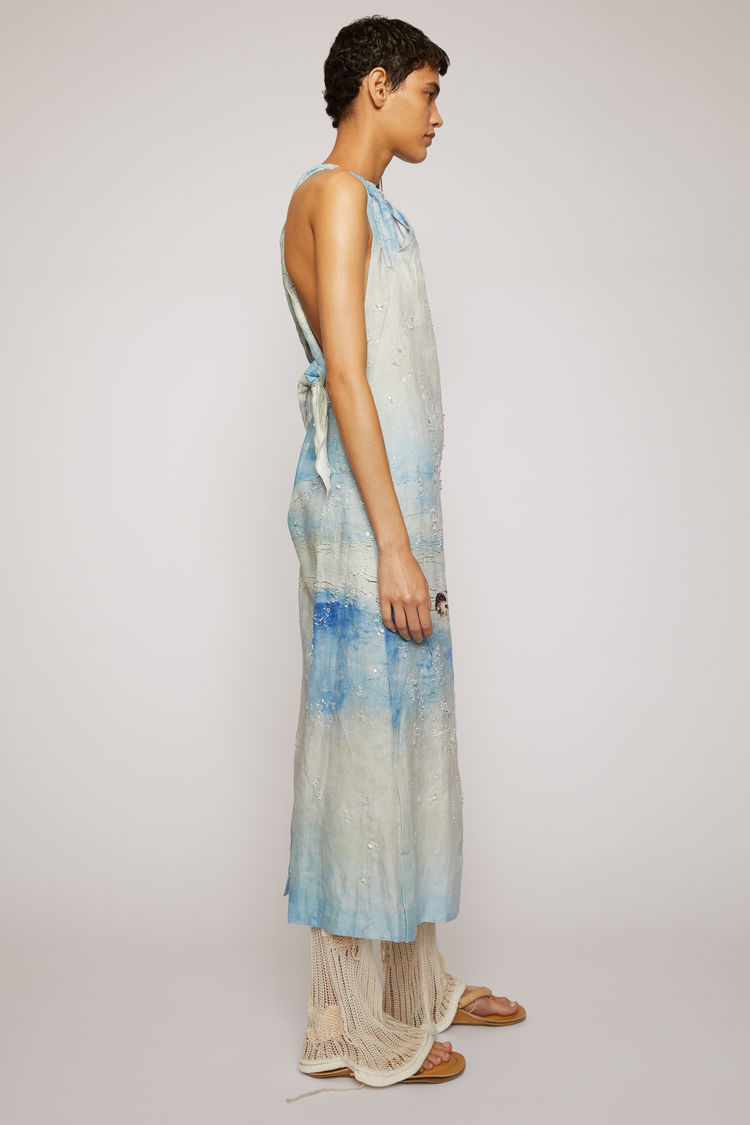 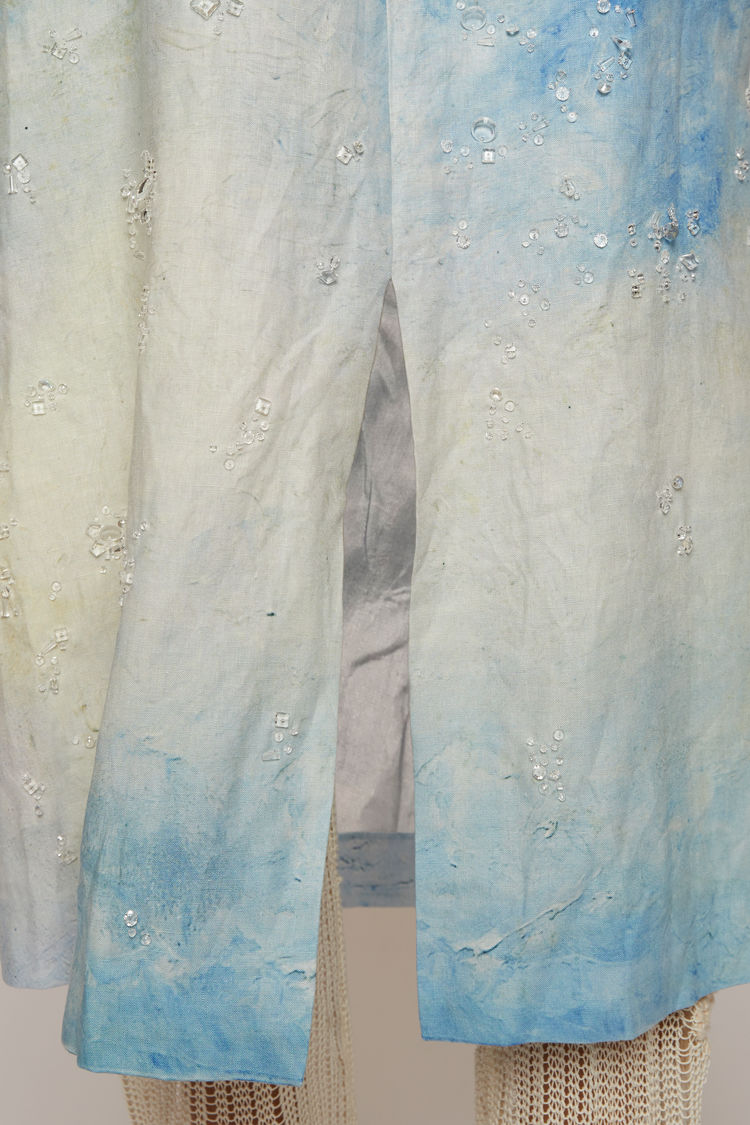 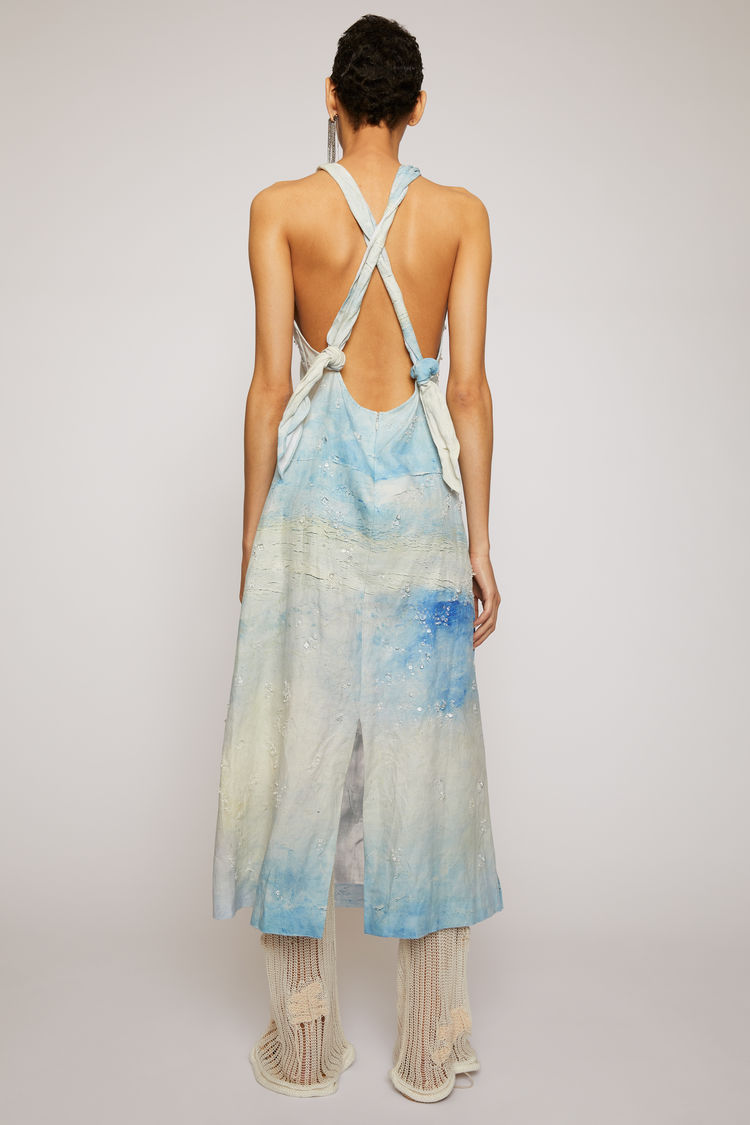 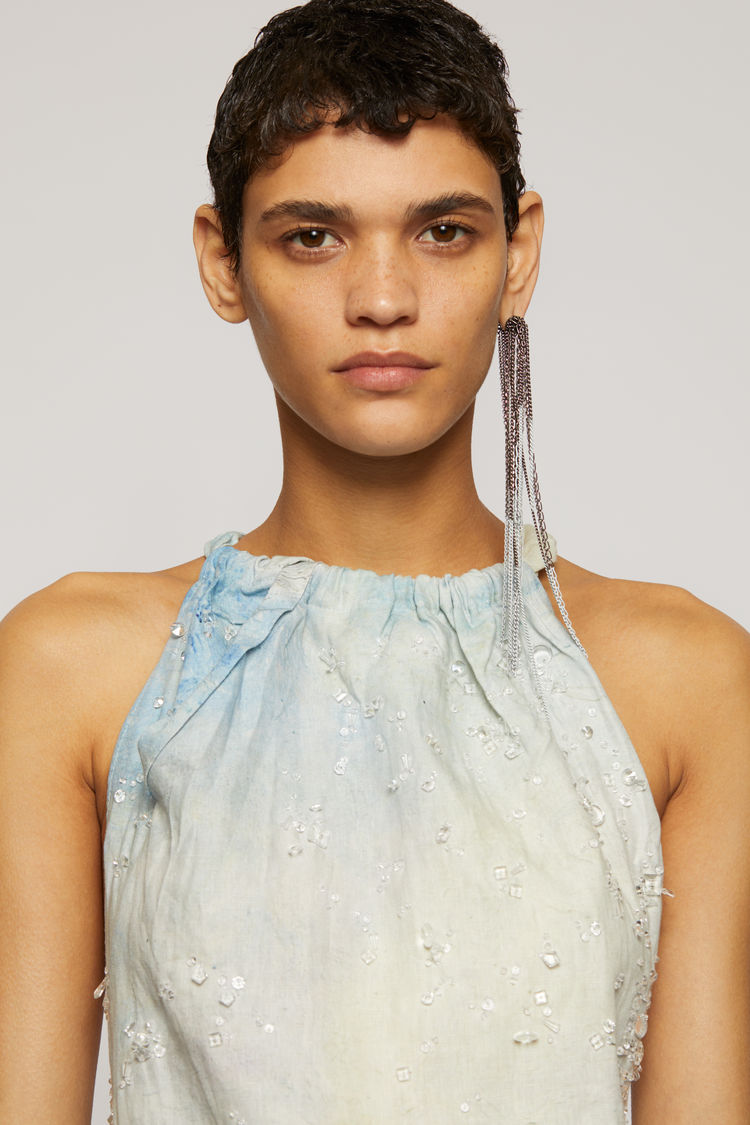 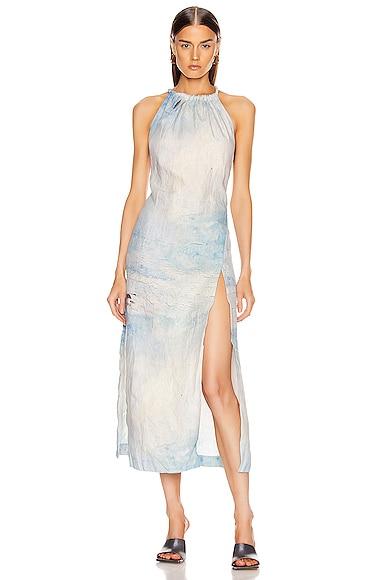 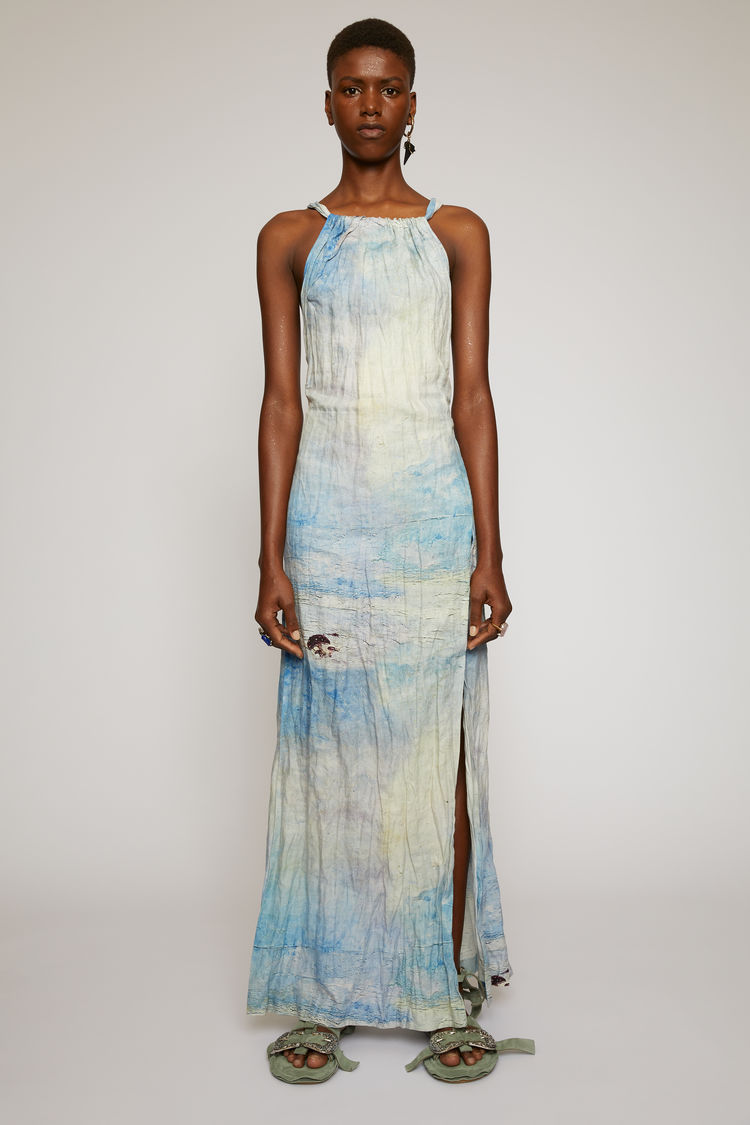 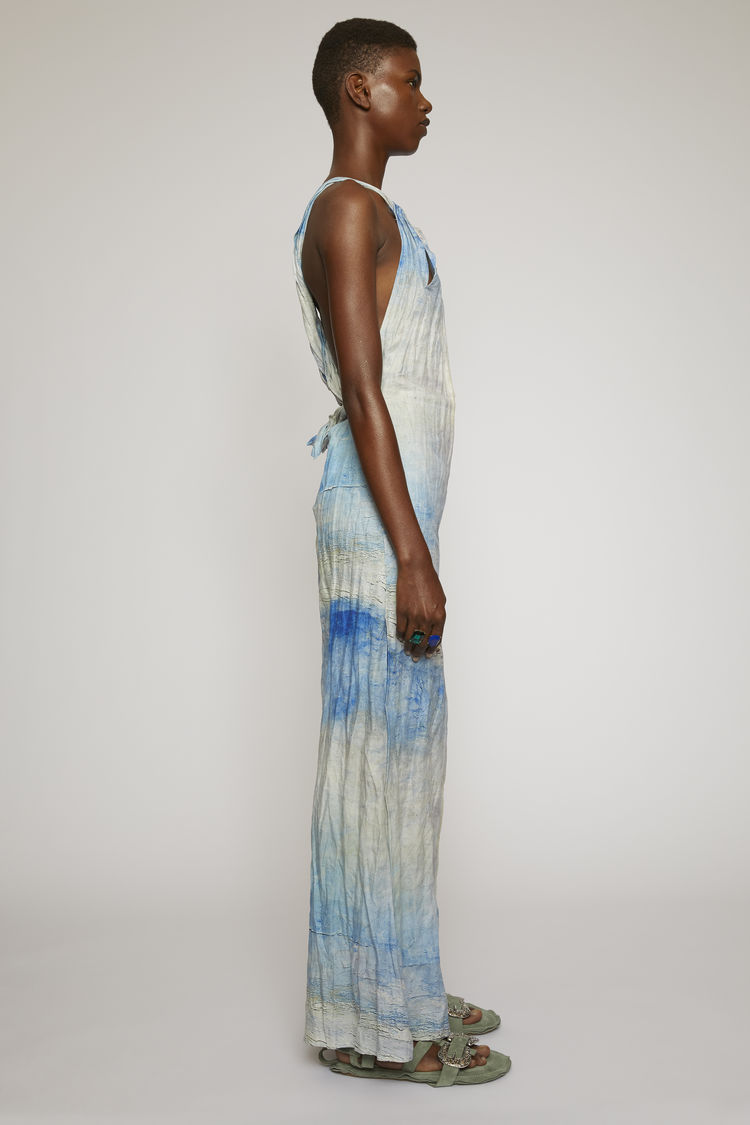 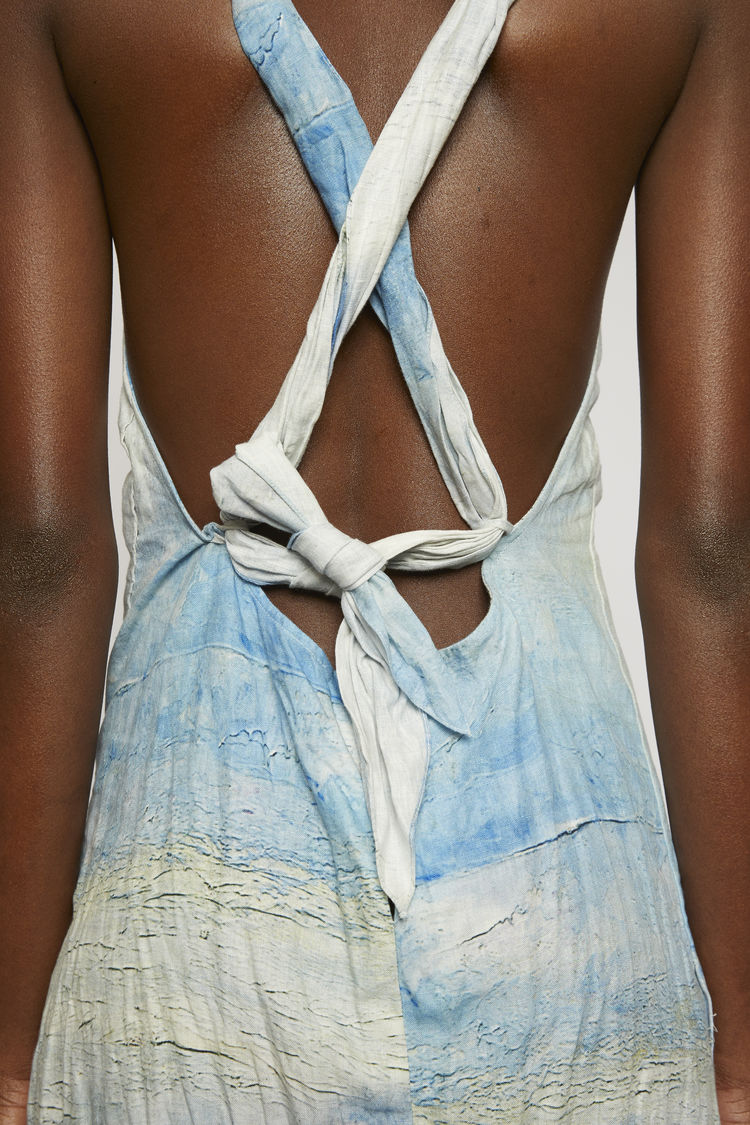 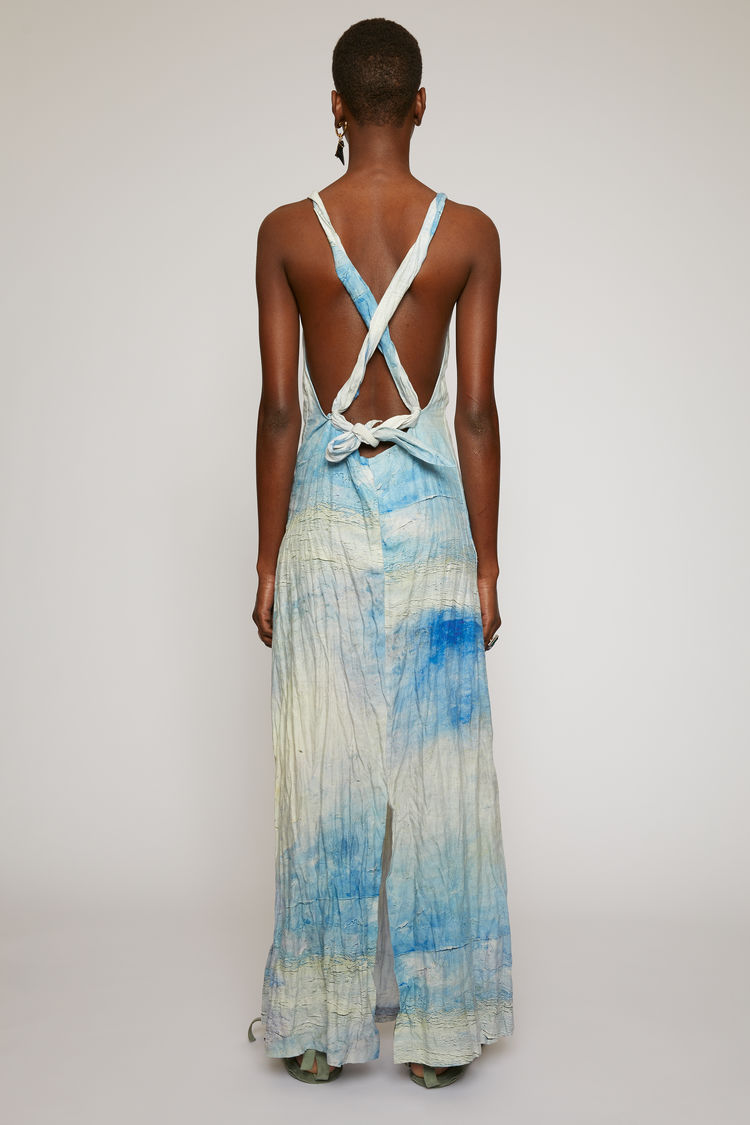 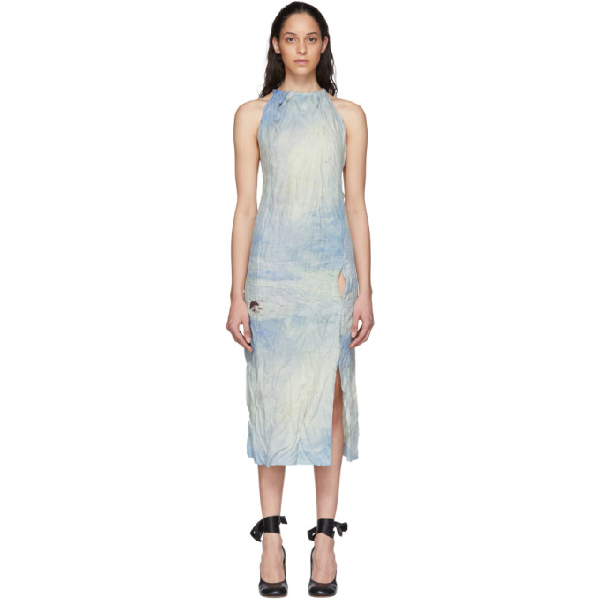 Login now to view all pricing and availability.

Acne Studios presents the Drusilla dress. This piece has a long, fluid cut. The faded colours and halterneck top this look off.

Acne Studios Painting Dress in Blue,Ombre & Tie Dye 100% linen. Made in France. Dry clean only. Unlined. Twisted criss-cross back straps with knot accent. Keyhole neckline. Front slit detail. Crinkle fabric. ACNE-WD157. A20192. About the designer: Founded in 1996, this Stockholm-based creative collective offers areas of expertise in graphic design, film production, fashion, and advertising. In 1997, Jonny Johansson, Acne's co-founder and creative director, designed 100 pairs of unisex jeans and delivered them to select retailers in Sweden, Denmark, Norway, and Iceland. Following the success of this denim initiative, Johansson branched out and launched a full collection in 1998. Acne has received the Designer of the Year award from several Swedish magazines, and in 2007 Johansson was named Most Influential Person in Men's Fashion by King magazine. Since the debut of their first collection, Acne opened up a studio in Stockholm and collaborated on special projects with Lanvin and Tretorn. Their line of ready-to-wear is praised for contemporary designs that keep in mind the creative, sophisticated shopper.

Acne Studios is a multidisciplinary luxury fashion house based in Stockholm, Sweden with own-brand retail stores in locations around the world. It was founded in 1996 as part of the creative collective ACNE.