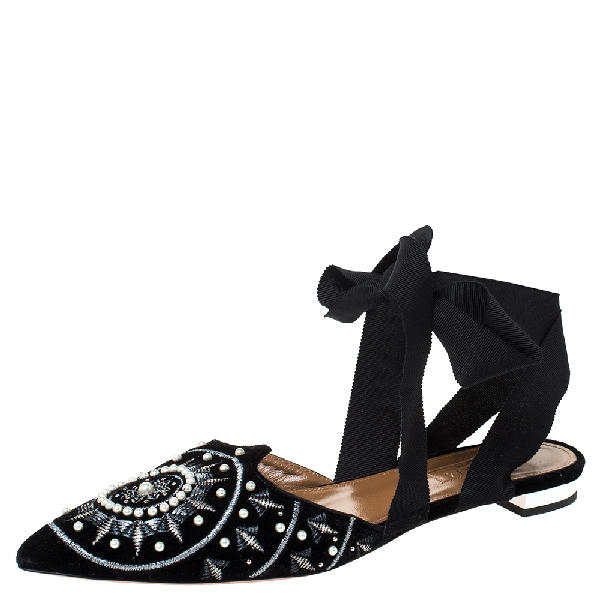 Dont you just wanna grab these mules and try them on? Theyre beautiful to look at and versatile in design as well. These Aquazzura mules carry a black velvet exterior, embellishments, pointed toes and straps to be wound around the ankles. This fabulous pair will make you fall in love with shoes all over again.