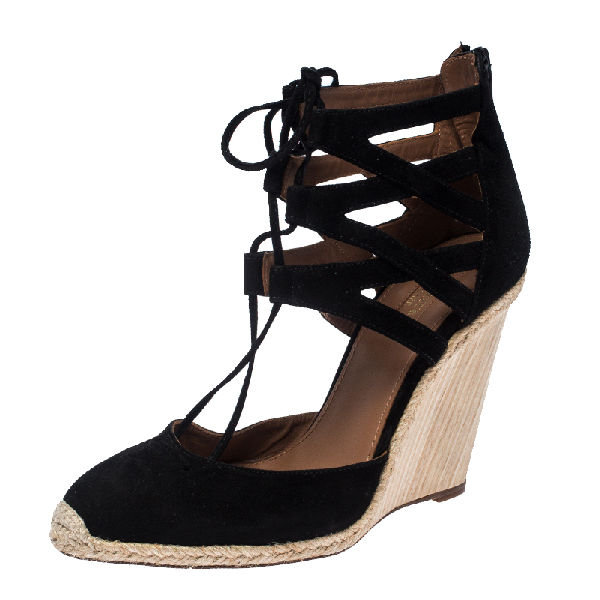 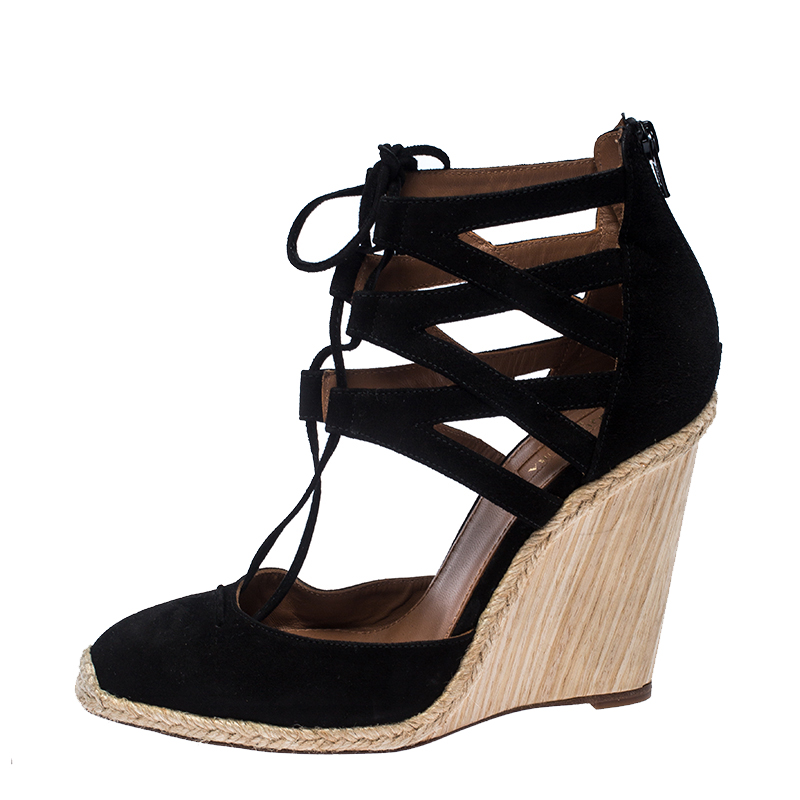 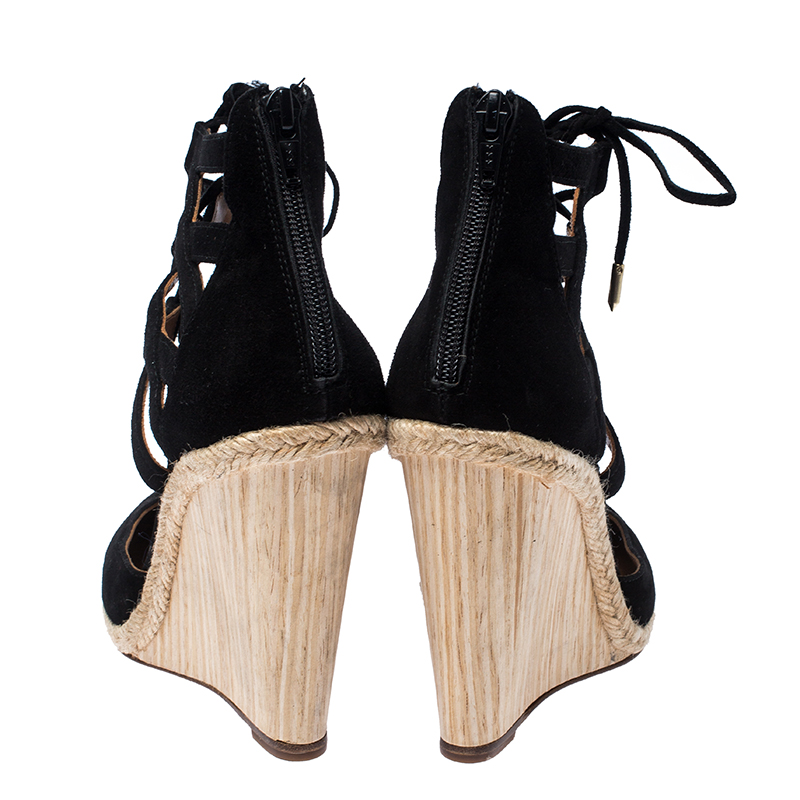 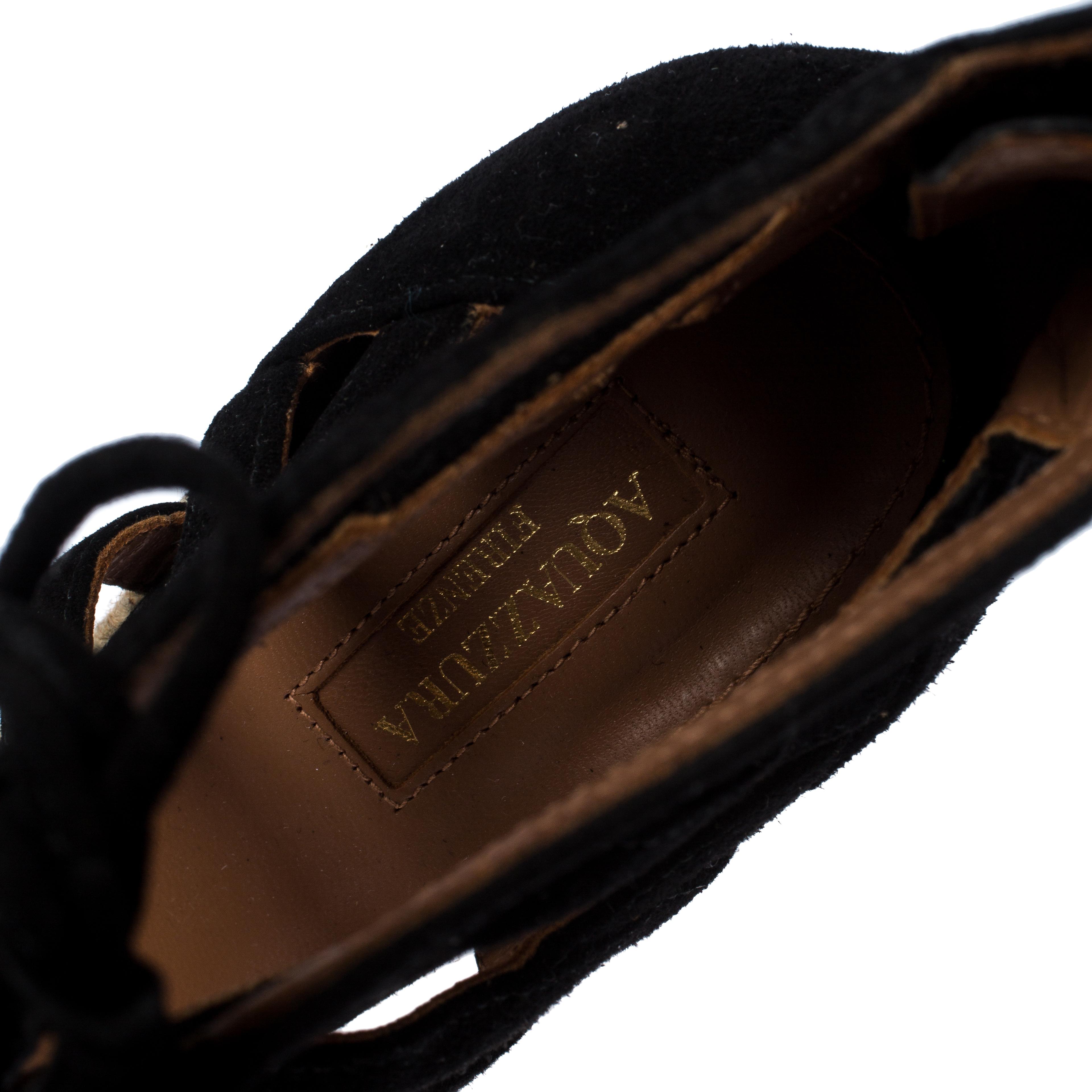 Designed with suede into round toes, these Belgravia black sandals have a lace up design around the ankles, zippers on the counters and 12 CM wedge heels that balance the pair for a comfortable walk. These espadrille pumps from Aquazzura are unique and breathtaking to own.