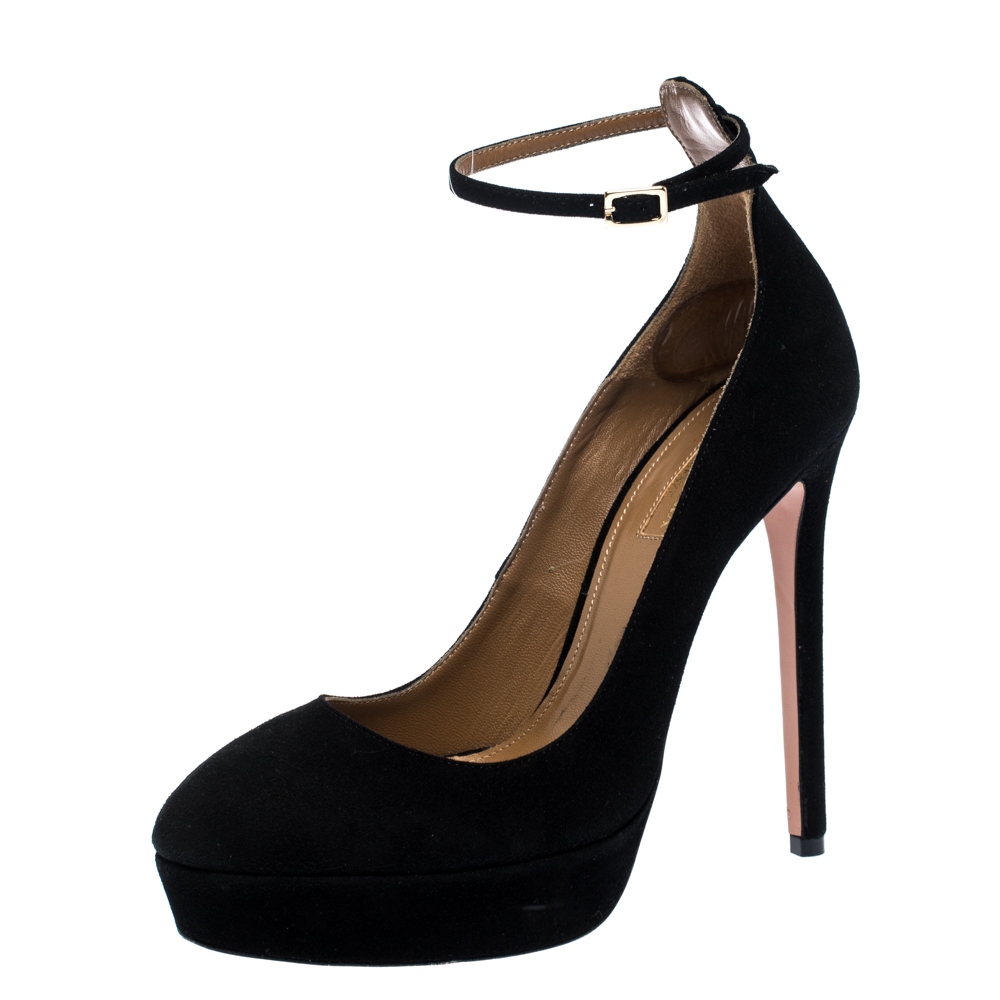 Aquazzura's platform pumps are a great style to have in your wardrobe. The Taylor plateau is in a beautiful black tone and known for its all suede body making it a classic investment and versatile style. The buckled ankle straps ensure a good grip. The platform and high heels complete the pair.