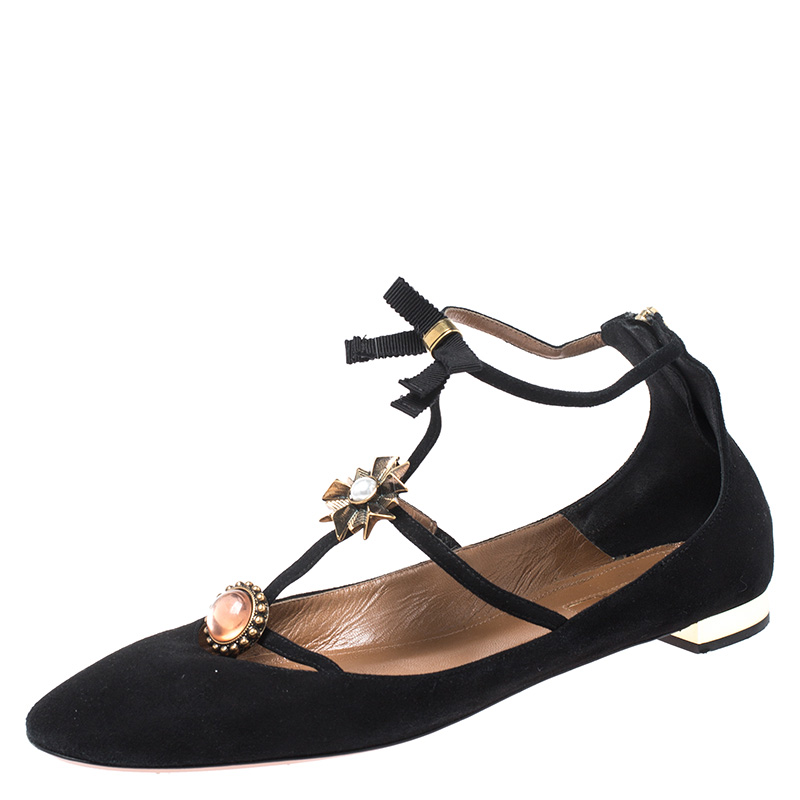 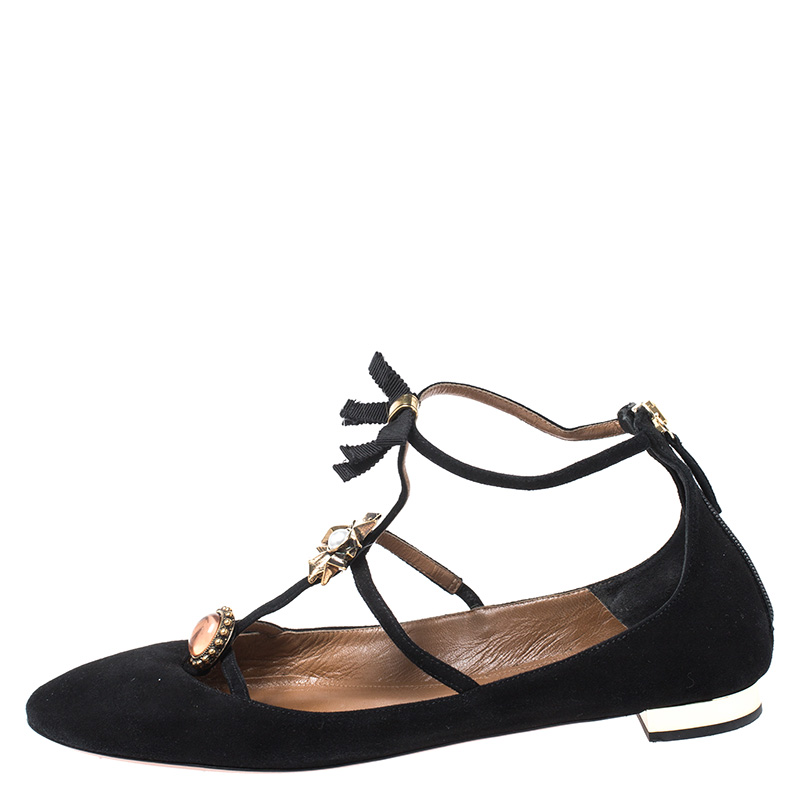 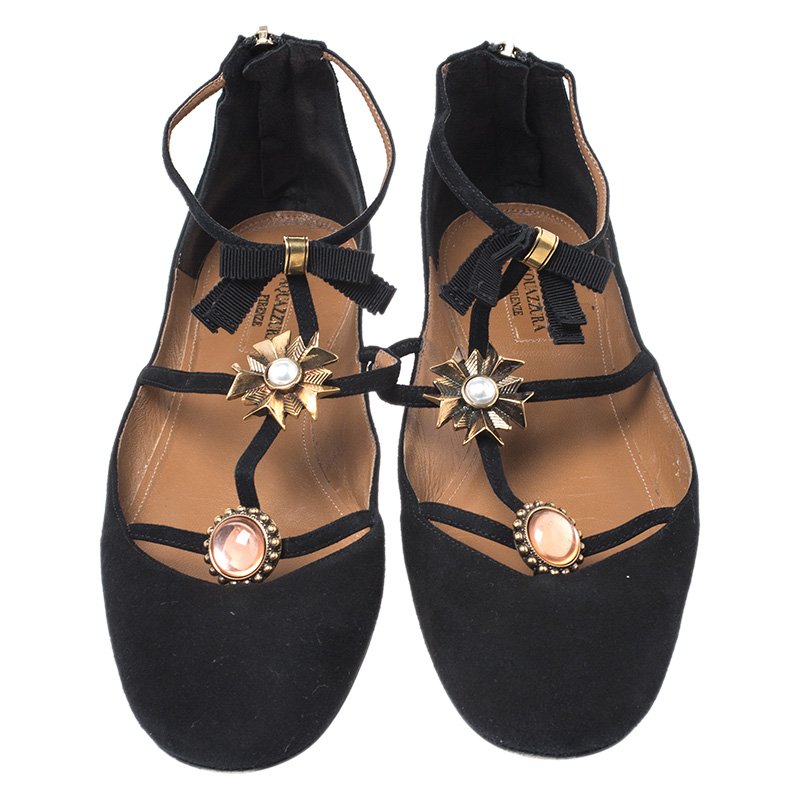 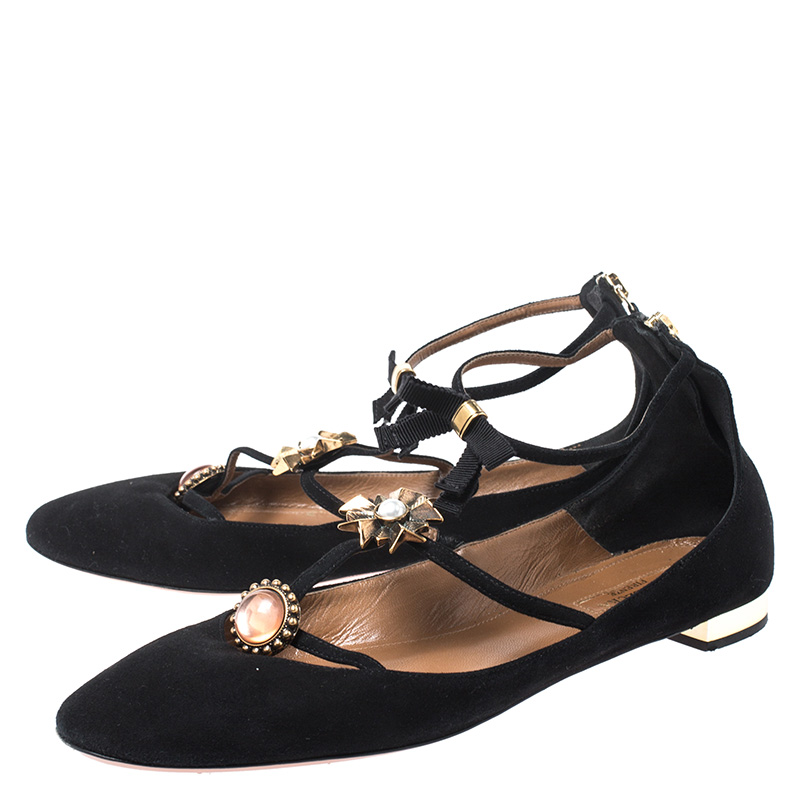 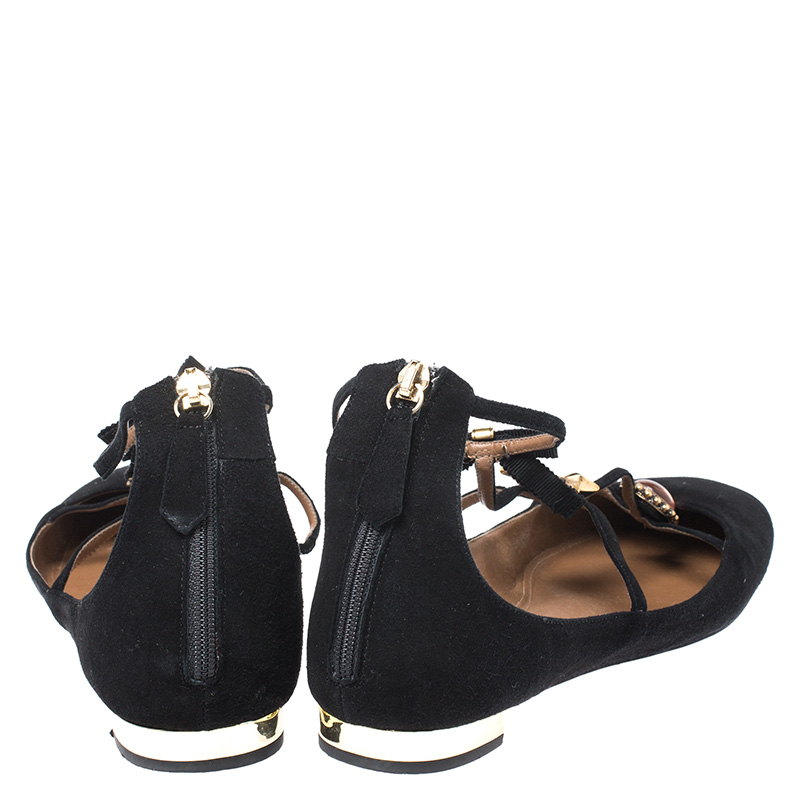 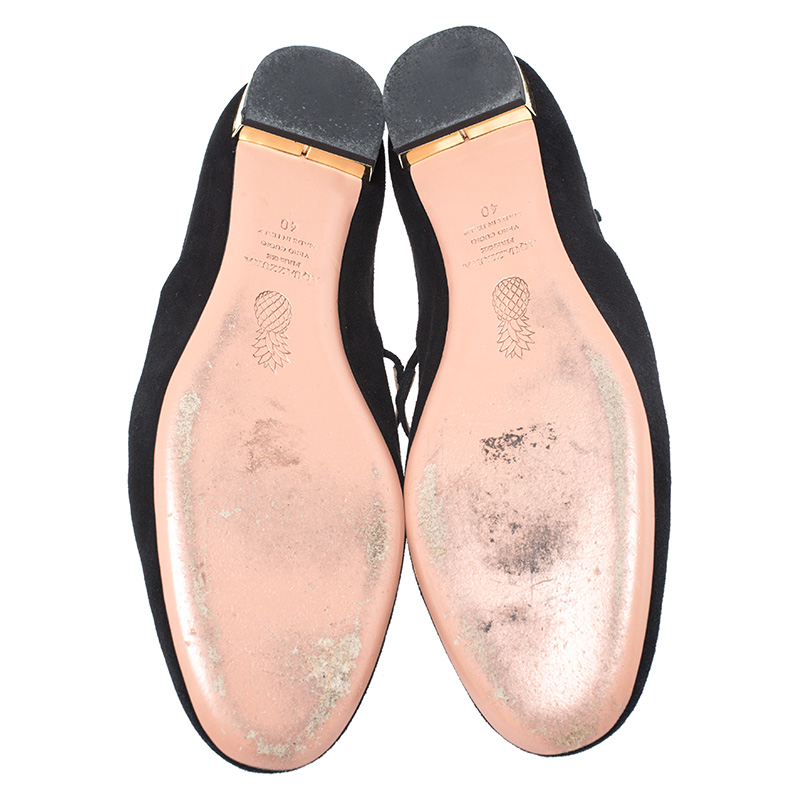 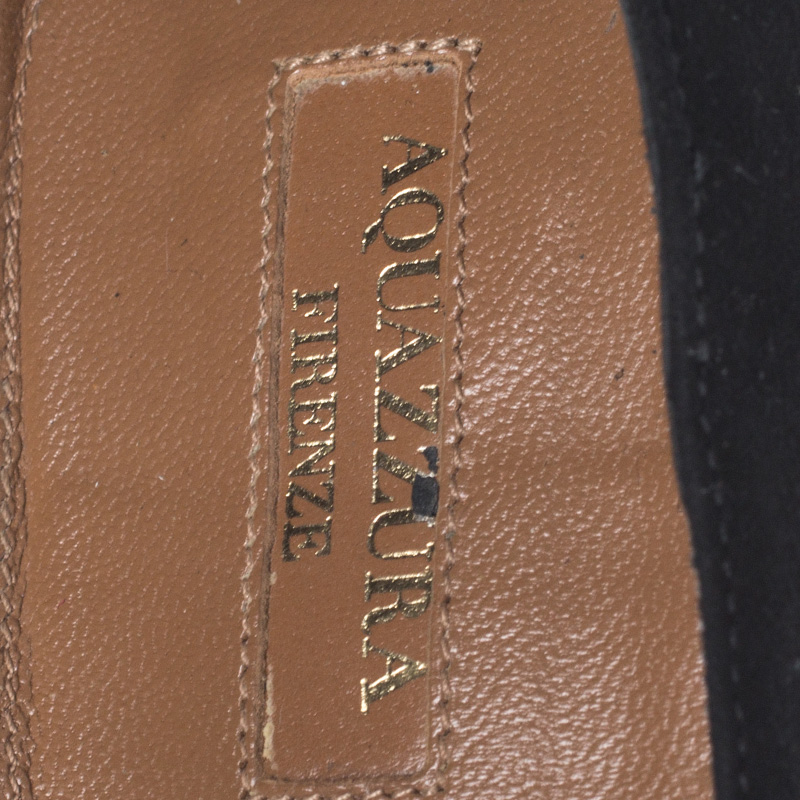 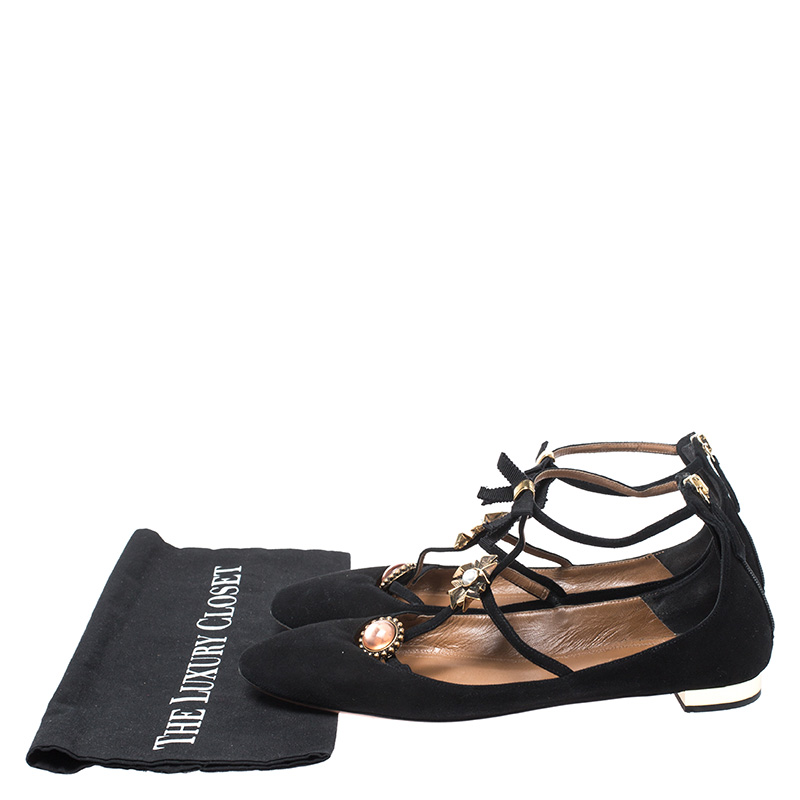 Dazzle in comfort with these ballet flats from Aquazzura. Theyre covered in suede and designed with round toes, pretty motifs on the uppers and back zippers. The flats are complete with leather insoles for your ease.

A world of fashion, powered by technology. ModeSens pulls from the racks of 18,067 luxury brands, aggregating every product at the item level for a seamless, transparent and secure shopping experience