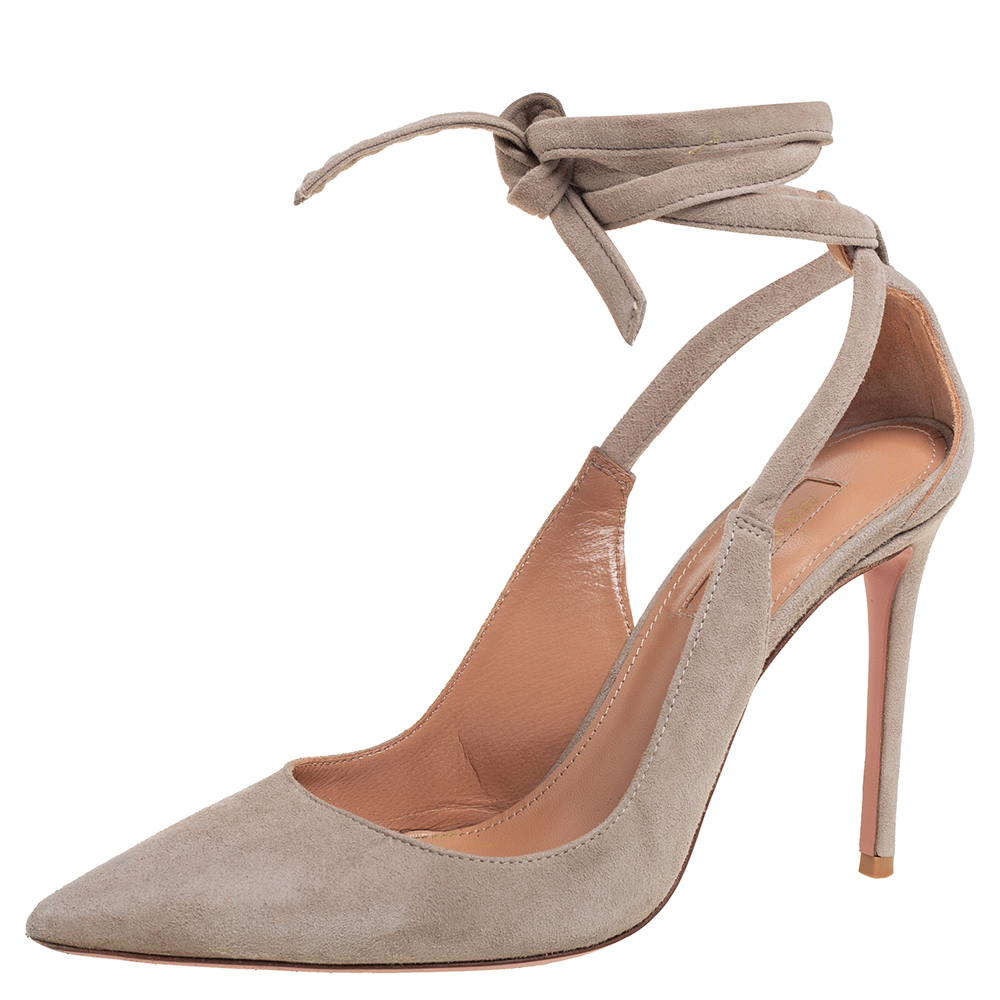 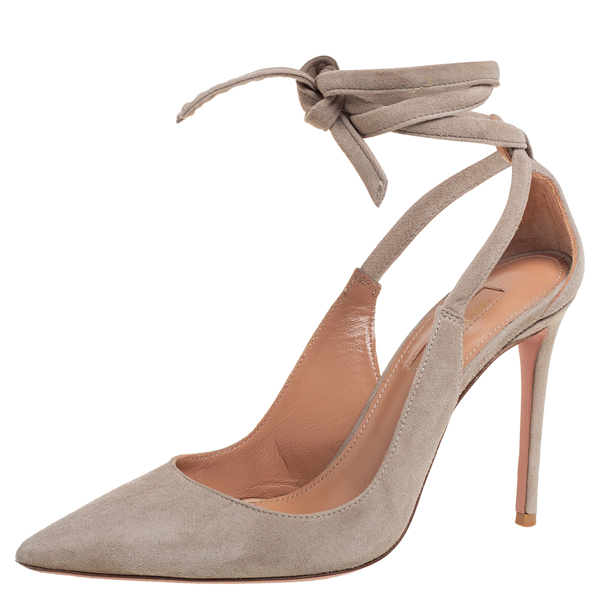 A soft grey shade is added to a minimally elegant silhouette to bring out the beauty of Aquazzuras Milano pumps. Crafted using suede, the pumps feature pointed toes, ties around the ankles, and 110 cm heels for an elevated finish.