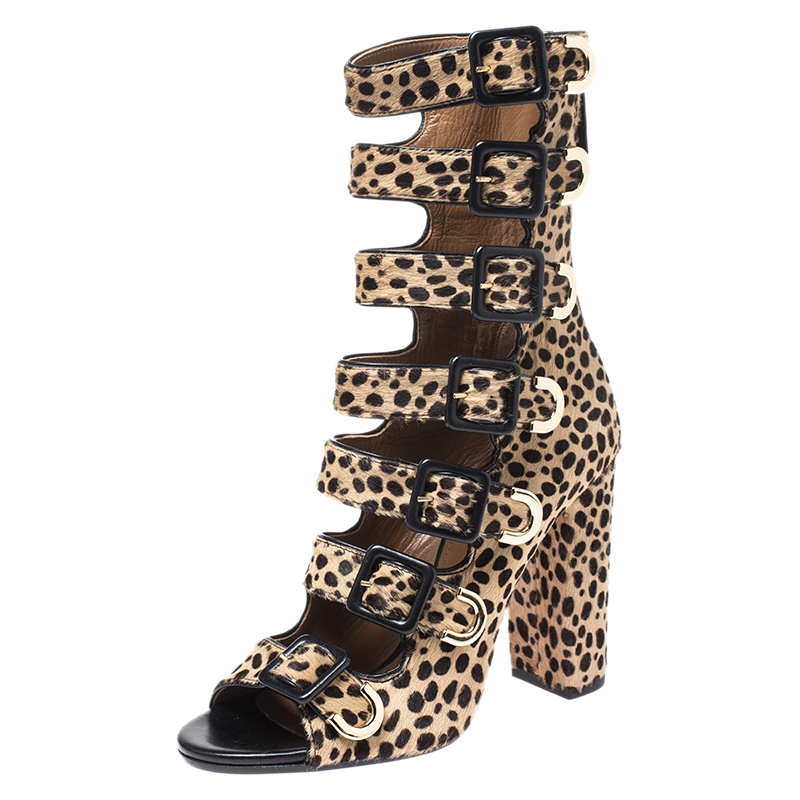 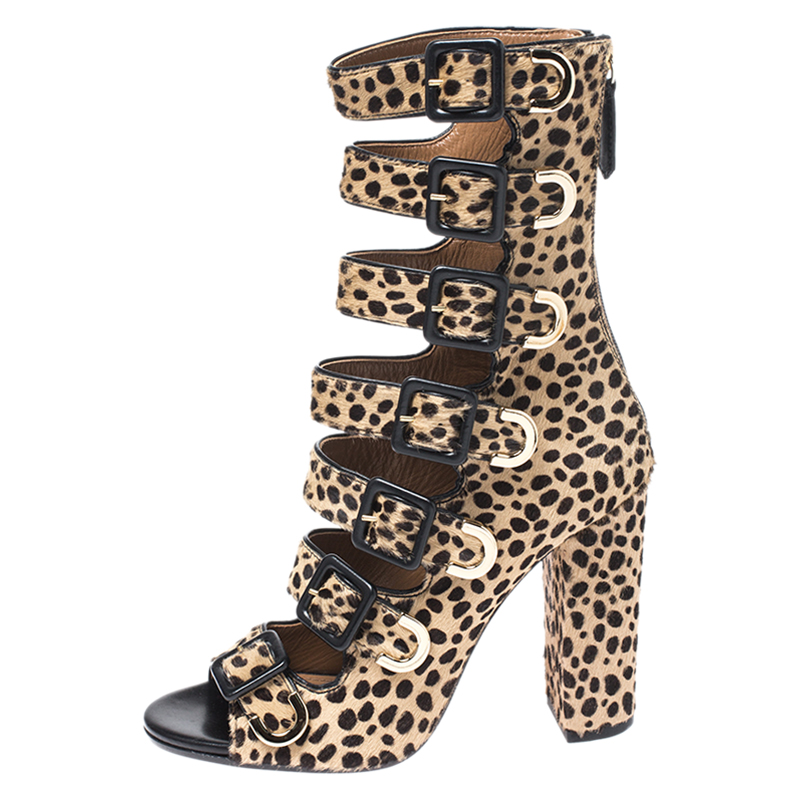 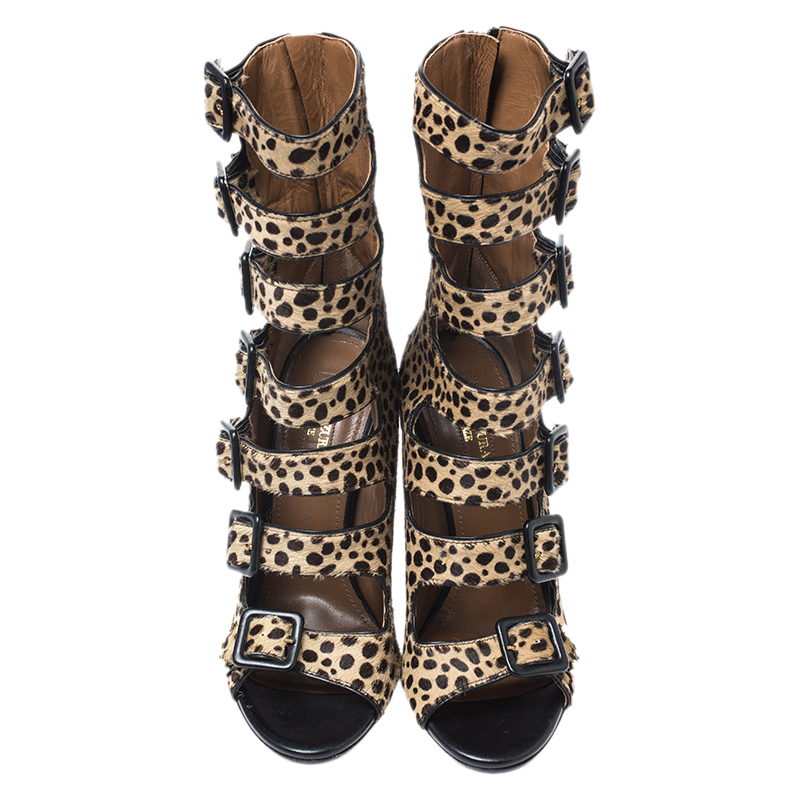 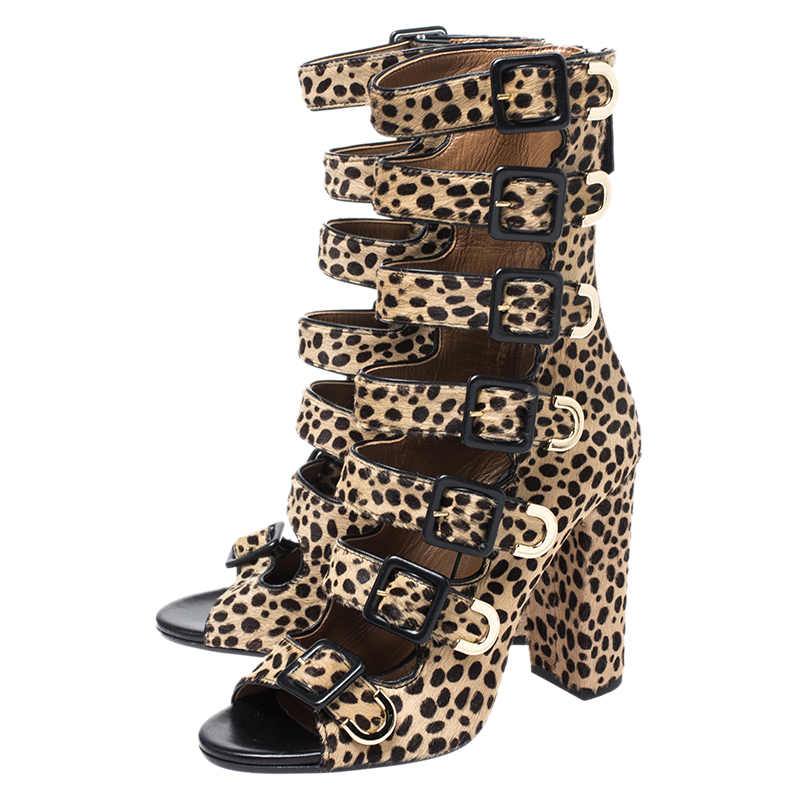 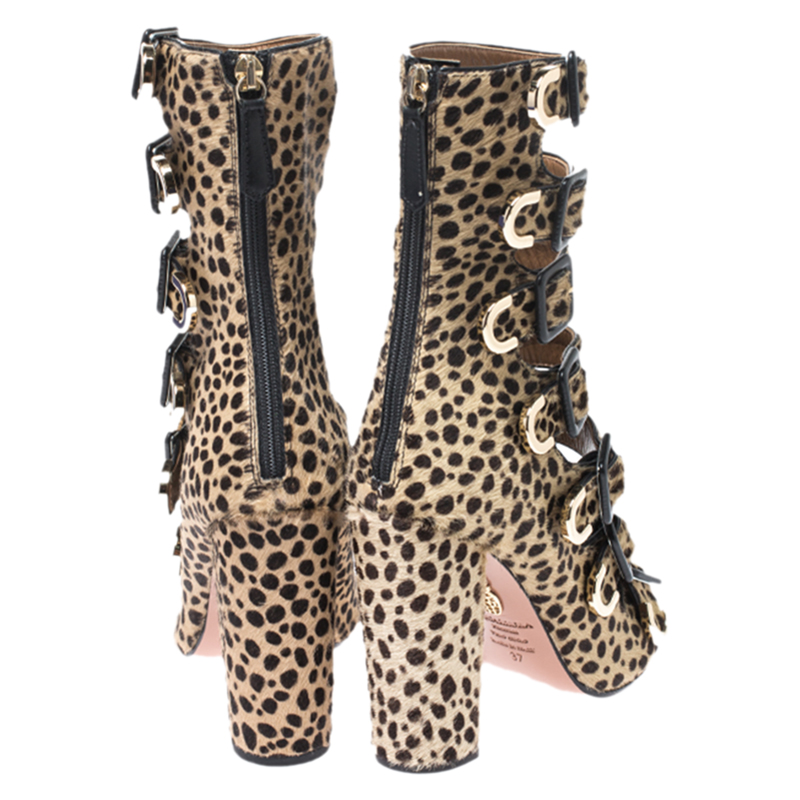 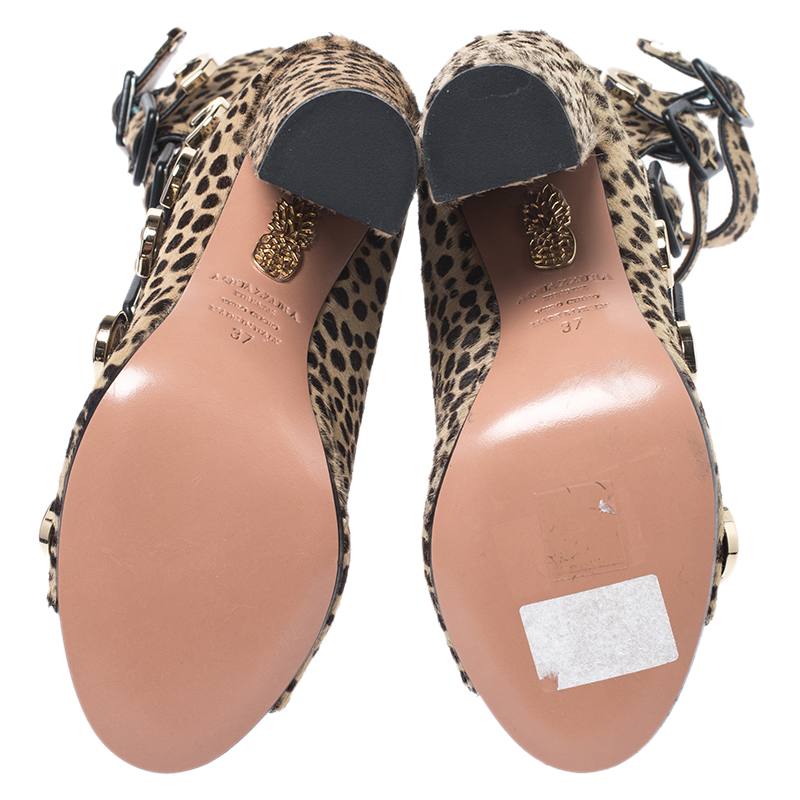 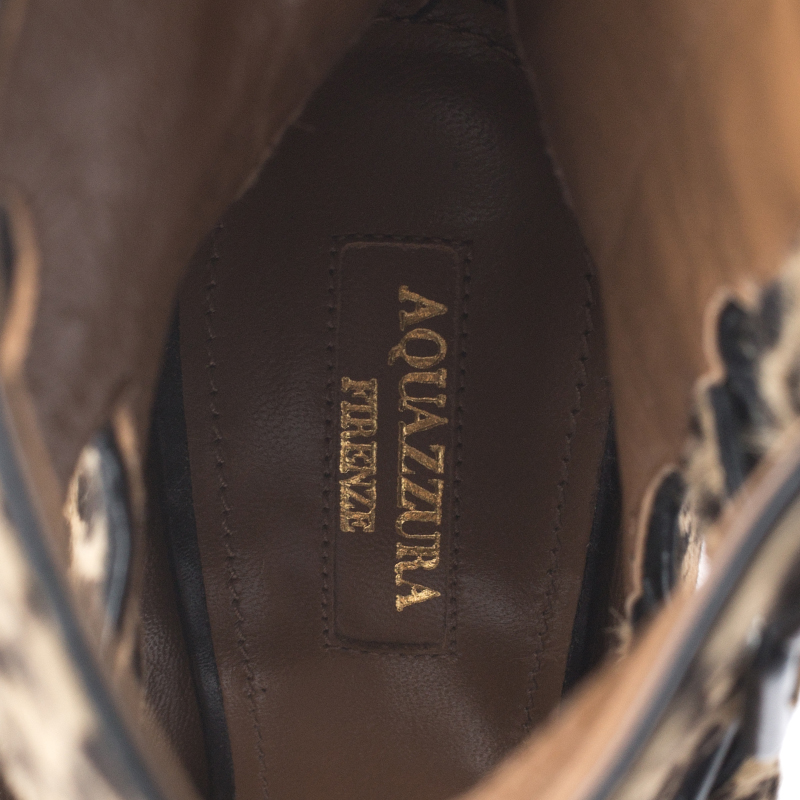 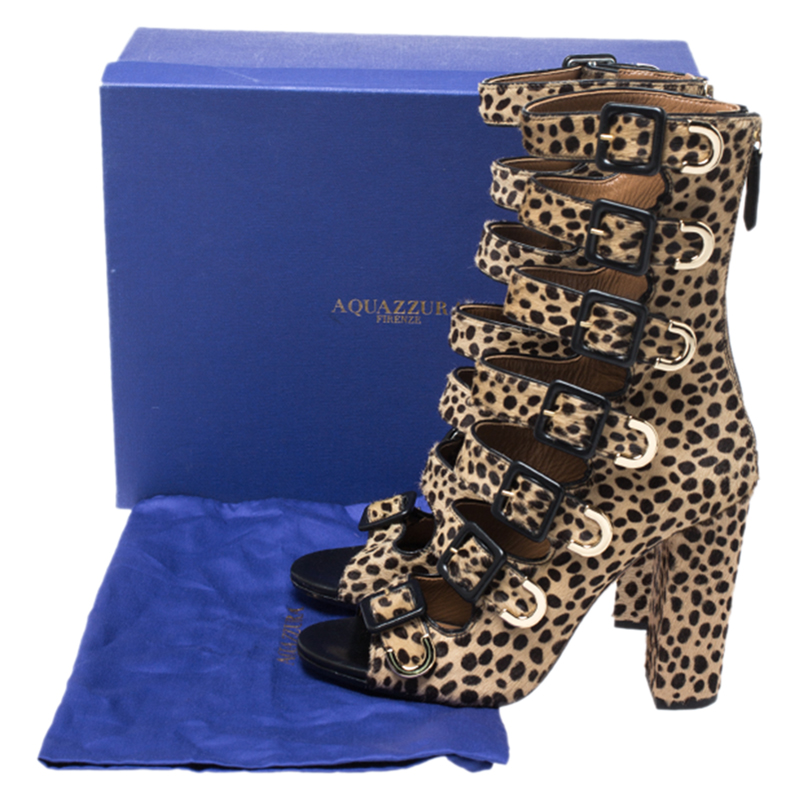 Exuding high style from every angle, these Aquazzura sandals are meant to add the most fashionable touch to your steps. They are crafted from leopard printed pony hair and designed with multiple buckle straps along the front. Back zippers and block heels make them whole.