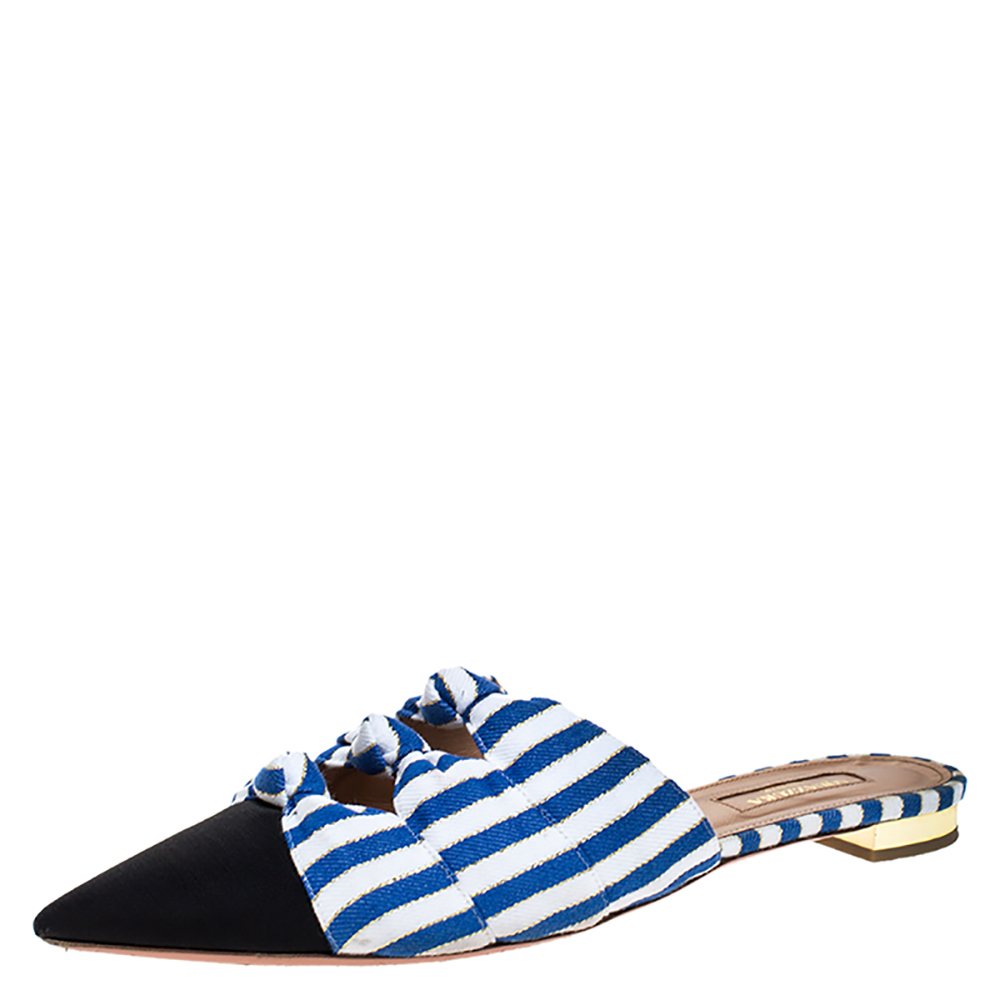 These casual flats from Aquazzura are simple and stylish, designed just for the fashionista in you. Step out in these impressive canvas and grosgrain flats that feature pointed toes, bow like details and leather insoles.