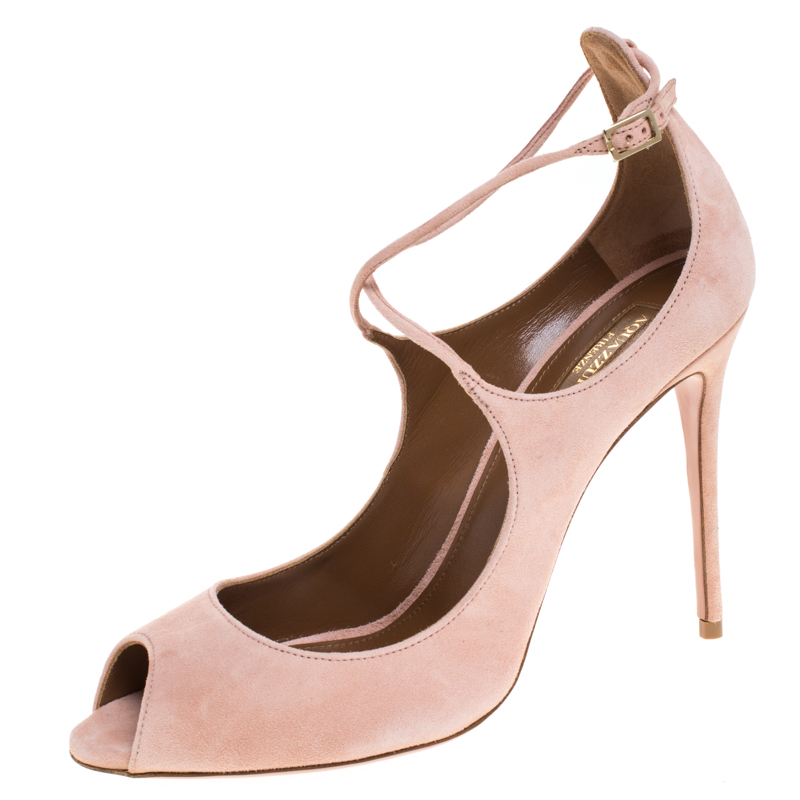 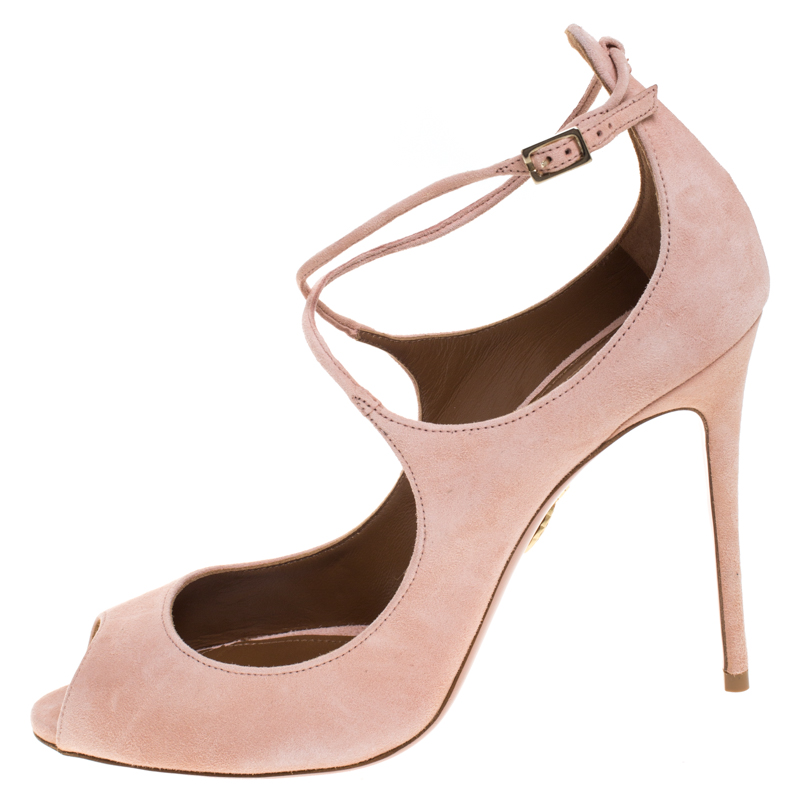 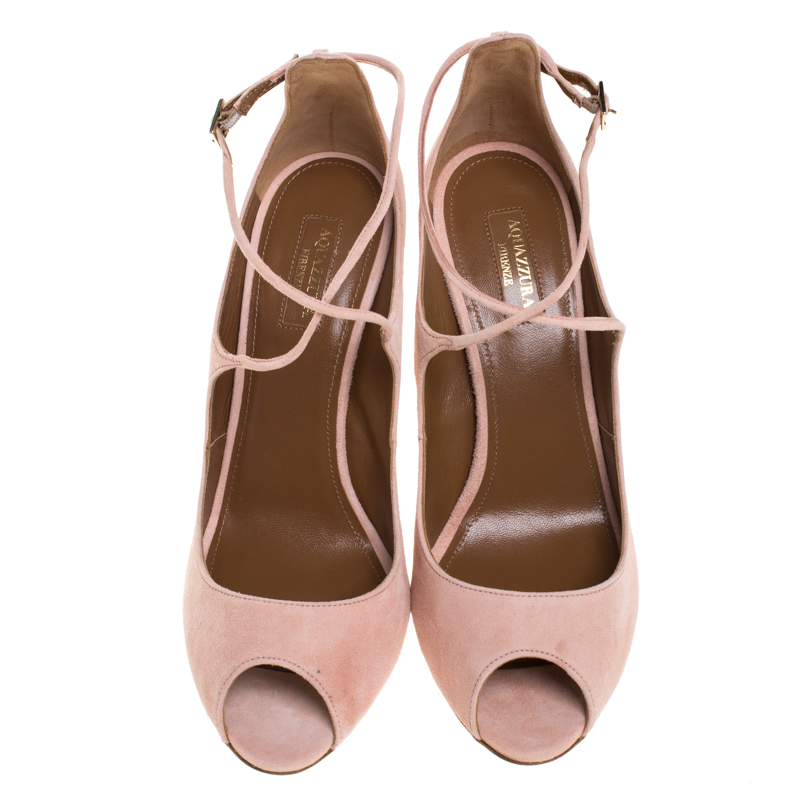 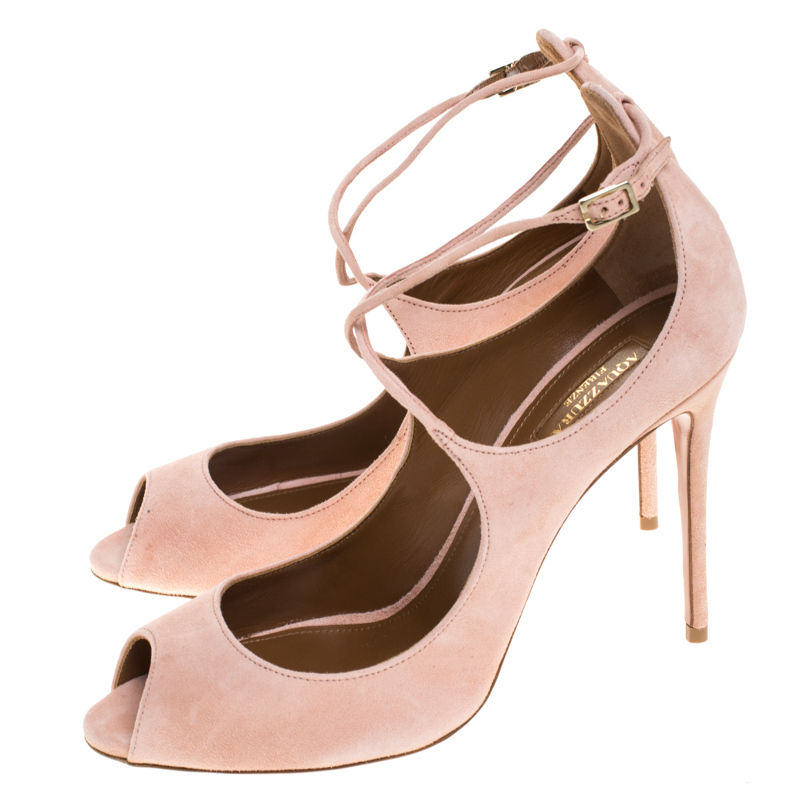 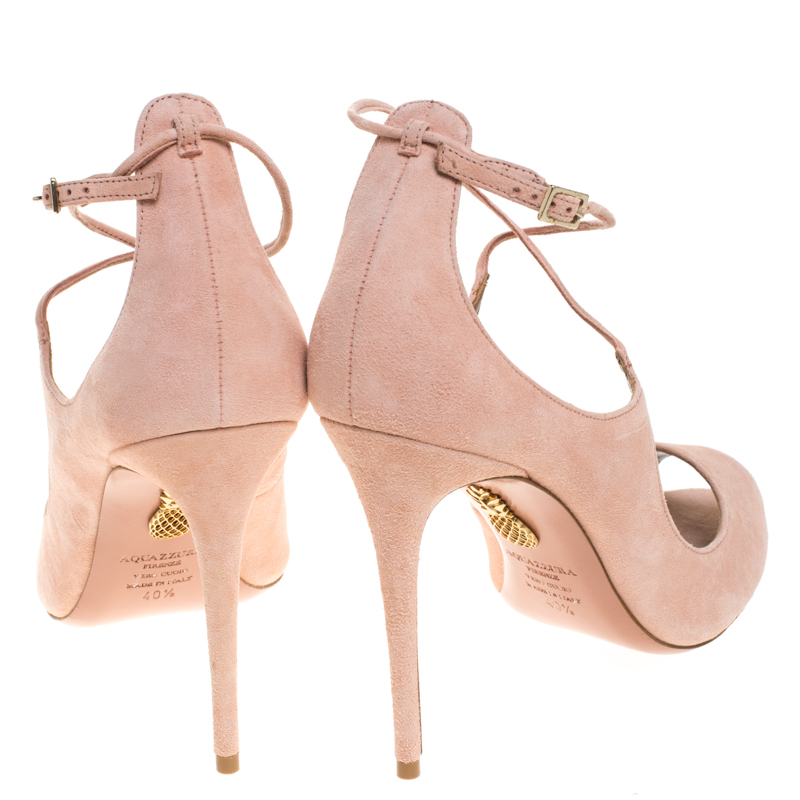 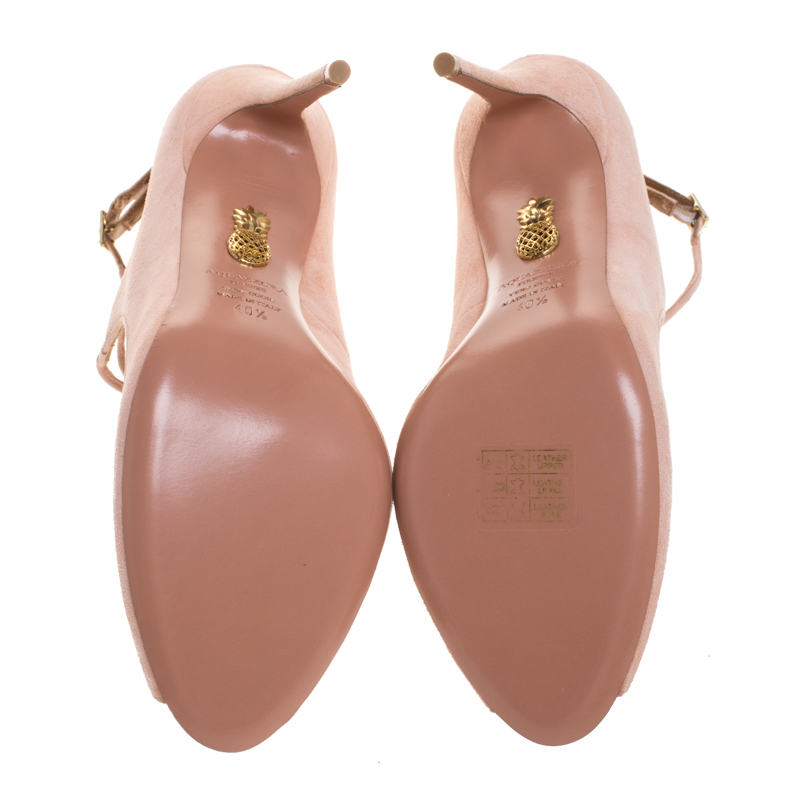 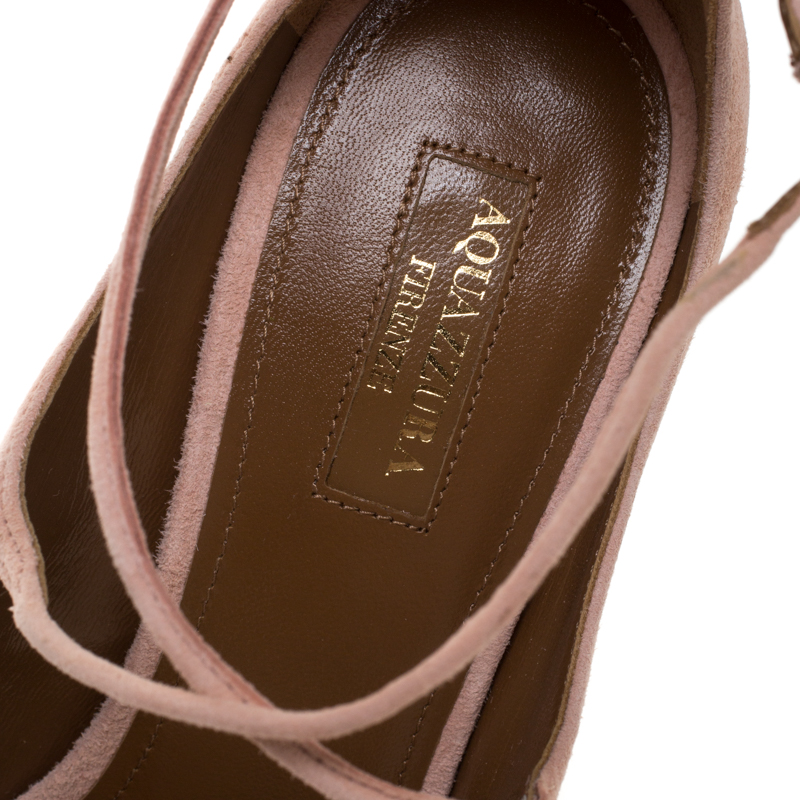 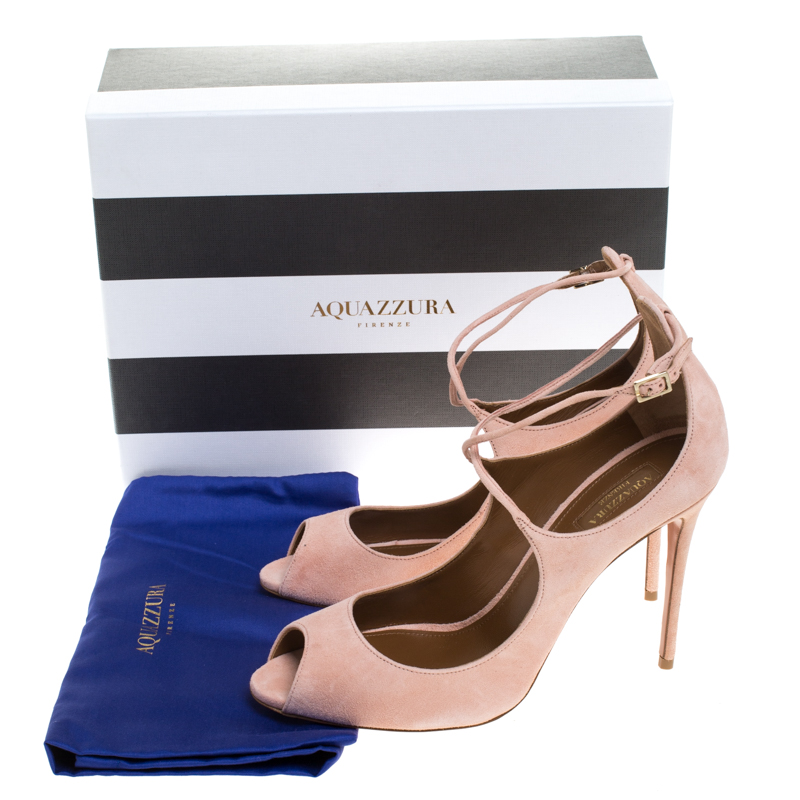 Have everyone talking about your amazing sense of style in this pair of pumps from Aquazzura. Crafted in Italy, they are made from quality suede and come in a soft shade of pink. These Zani pumps have peep toes, crisscross ankle straps with buckle closure. They are equipped with 11.5 cm heels, extended counters, leather lining, insoles and soles.