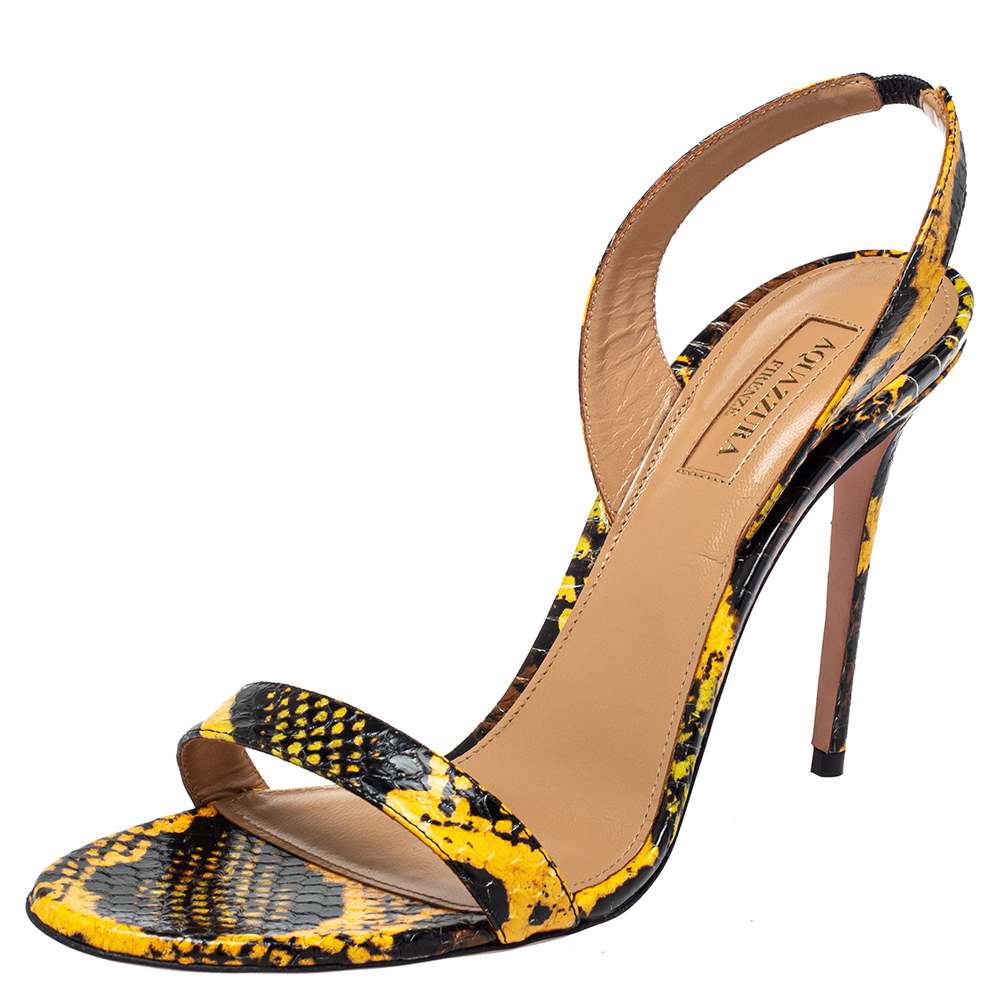 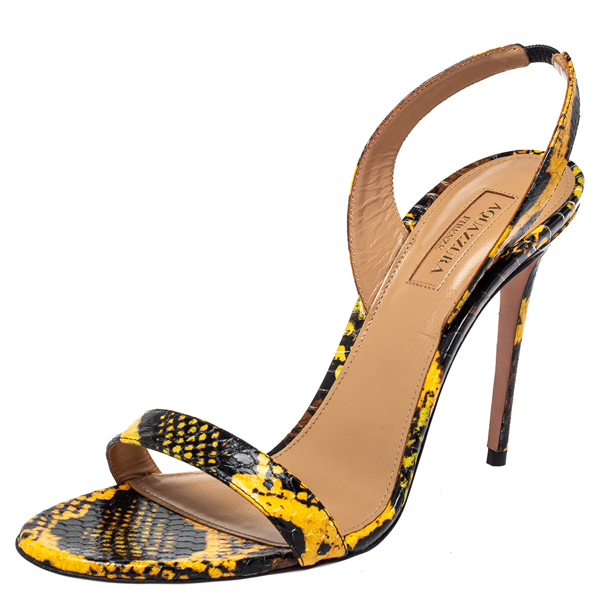 Structured with a minimalist design, these sandals by Aquazzura are sophisticated and classy. Crafted from embossed leather, they feature a slender strap on the vamps, slingbacks, and high heels. These sandals will lend a smart finish to your casual attire.