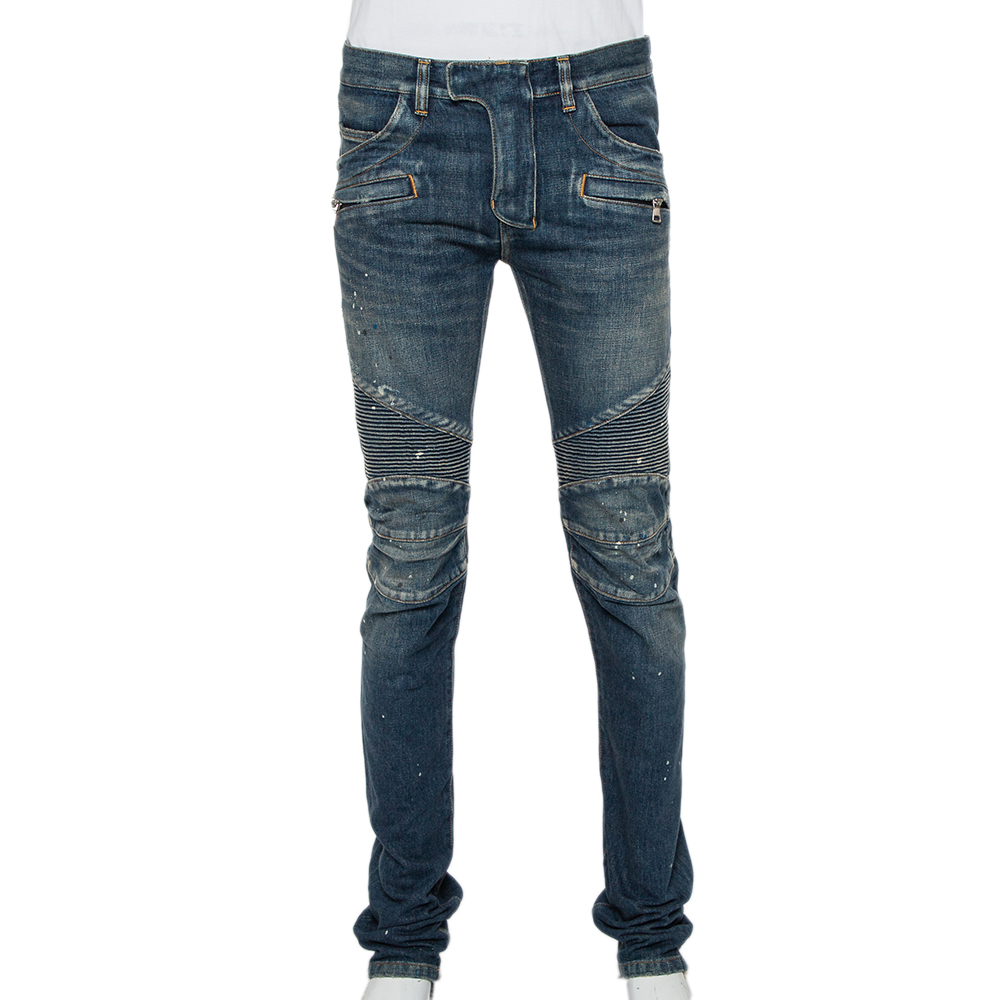 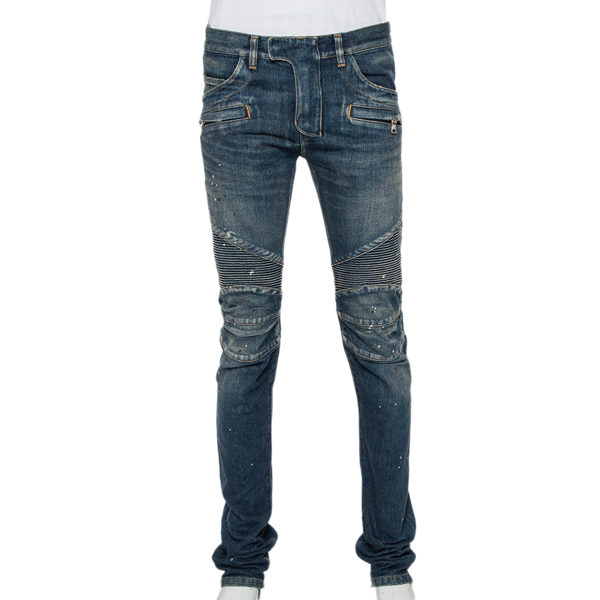 Finding the perfect pair of jeans might not be easy, but we have done that already for you. These navy blue biker style jeans from Balmain feature a waistband with belt loops, zip details, and a skinny fit. Pair it will t shirts or sweatshirts for an effortlessly cool look.