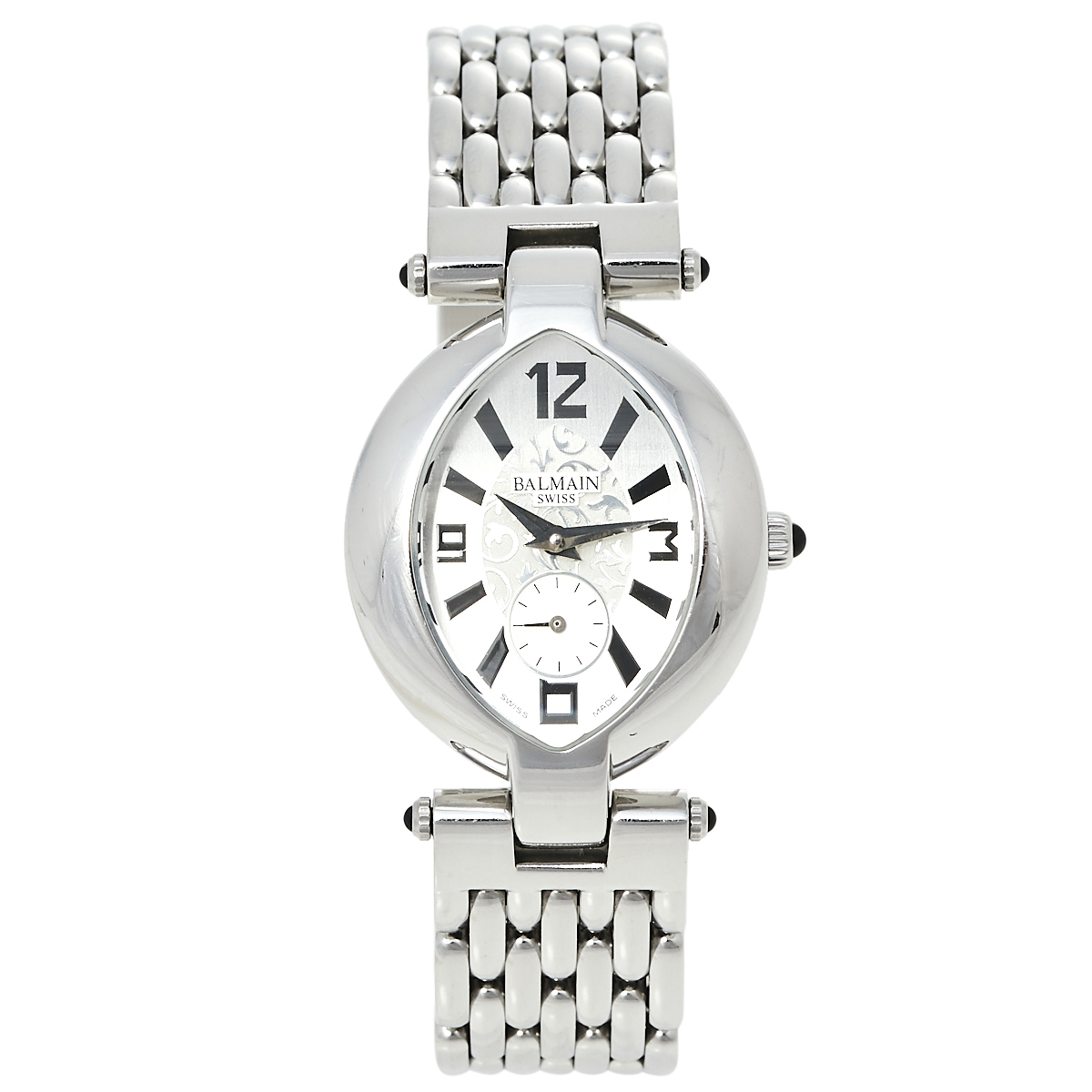 Balmains Excessive watch is brilliantly designed with a silver stainless steel body and comes with a case diameter of 28mm. It features a stunning oval dial detailed with black markers, a sub dial, and two hands. It comes fitted with a bracelet strap. This quartz watch is finally complete with 30 meters of water resistance level.