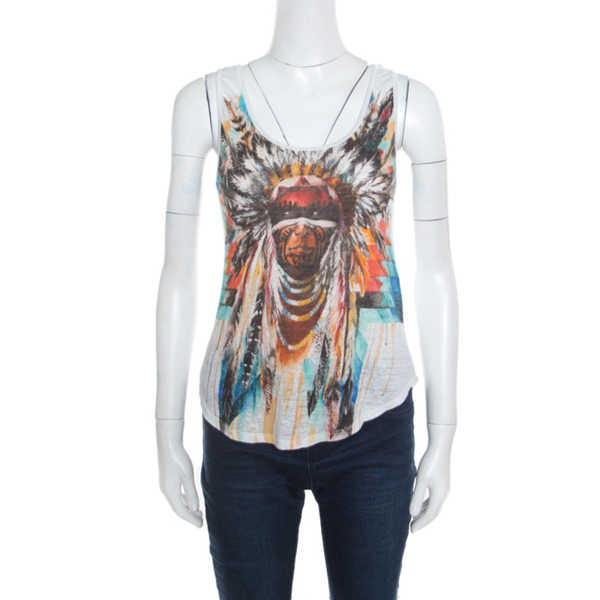 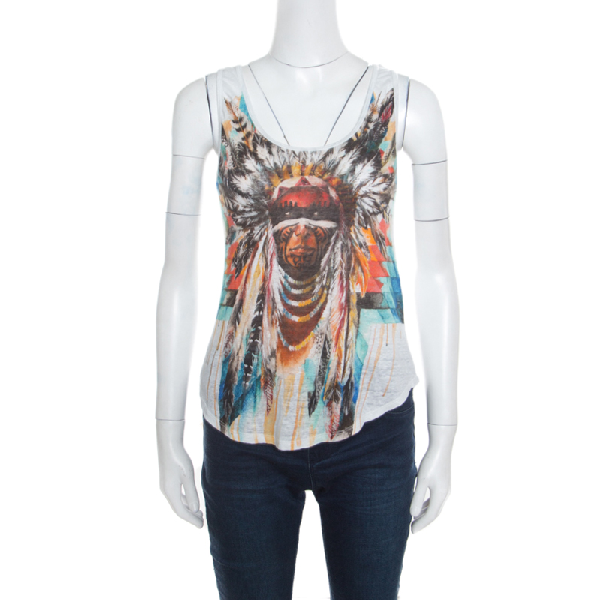 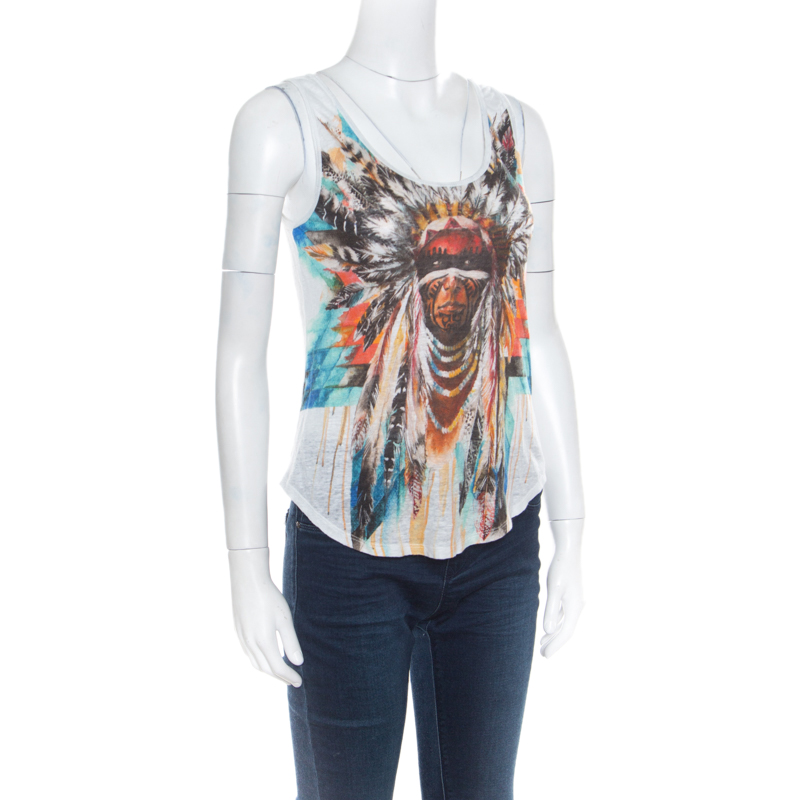 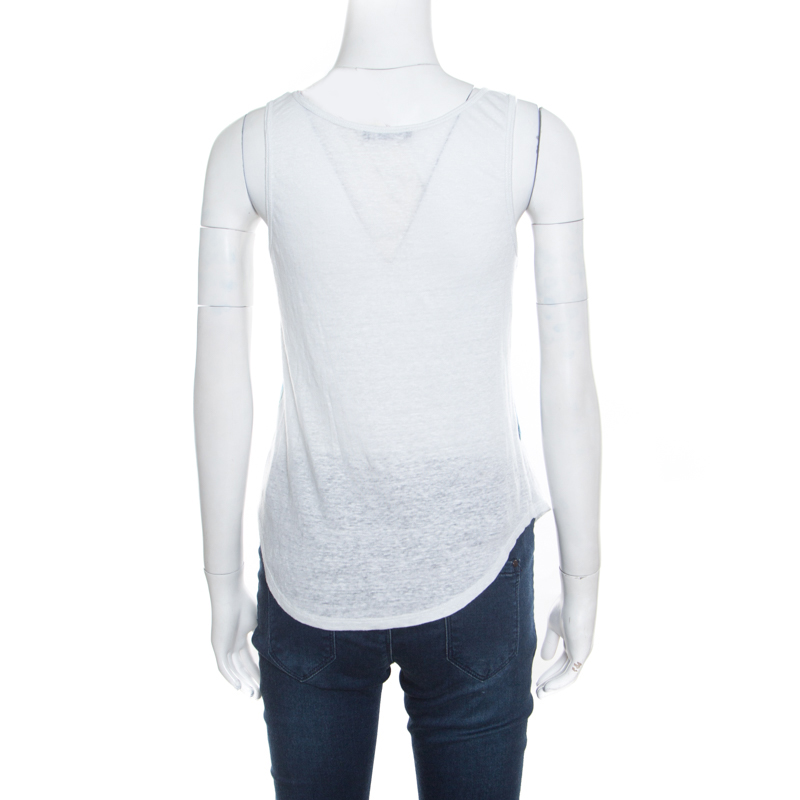 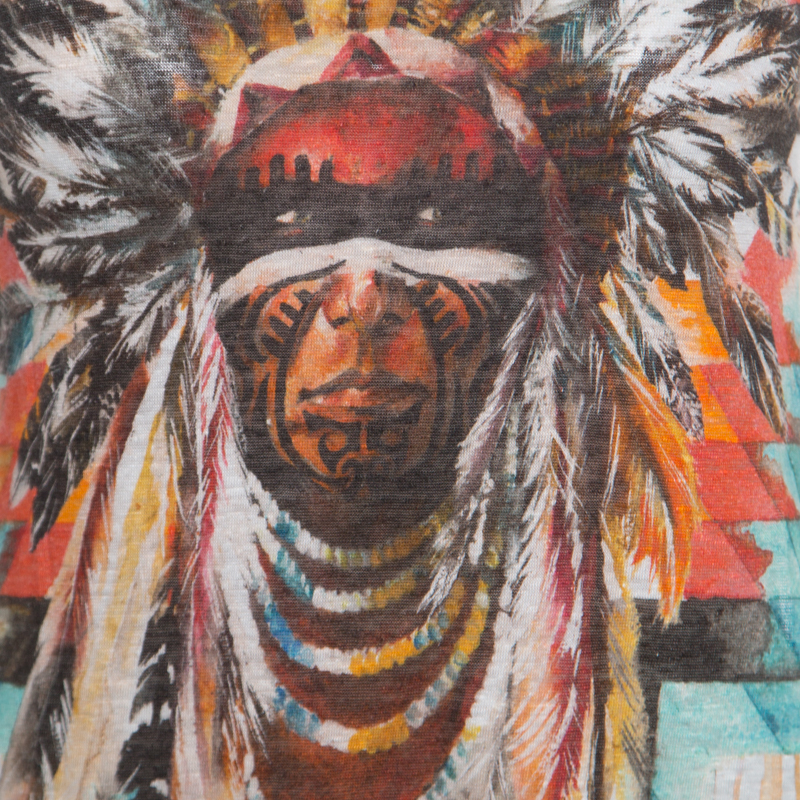 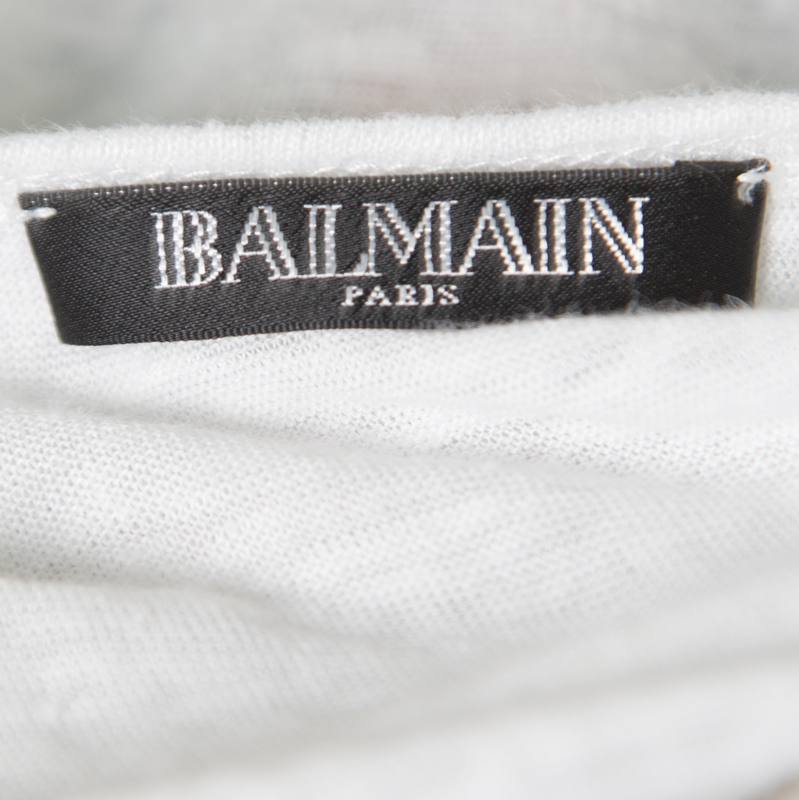 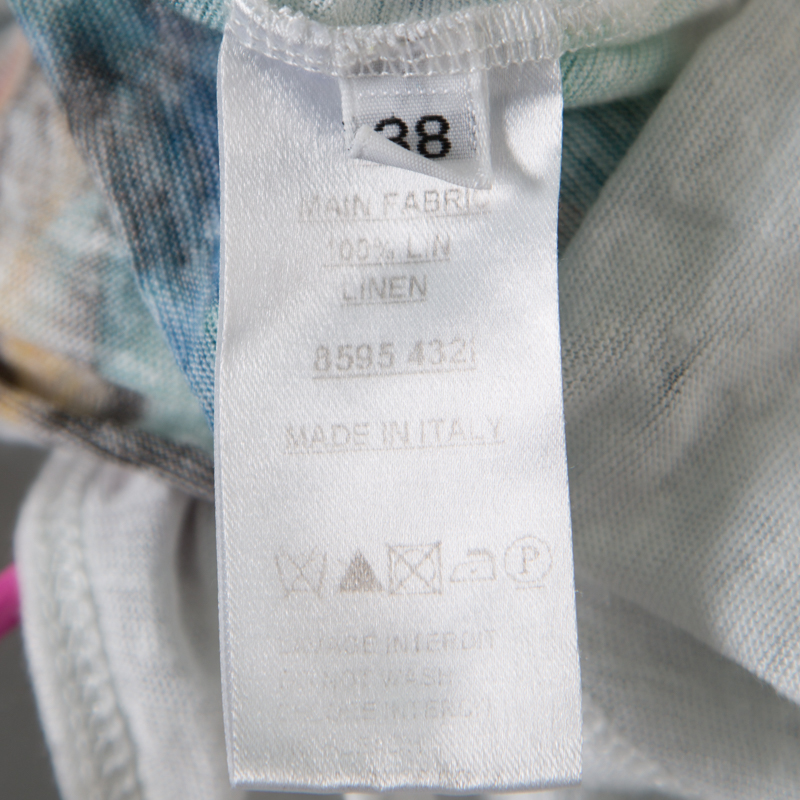 This white sleeveless tank top from Balmain is made 100% linen and features a Red Indian tribe print on the front. It flaunts a scooped neckline and is sure to lend you a great fit. Pair it with denims and sneakers for your casual outing with friends.

A world of fashion, powered by technology. ModeSens pulls from the racks of 19,992 luxury brands, aggregating every product at the item level for a seamless, transparent and secure shopping experience