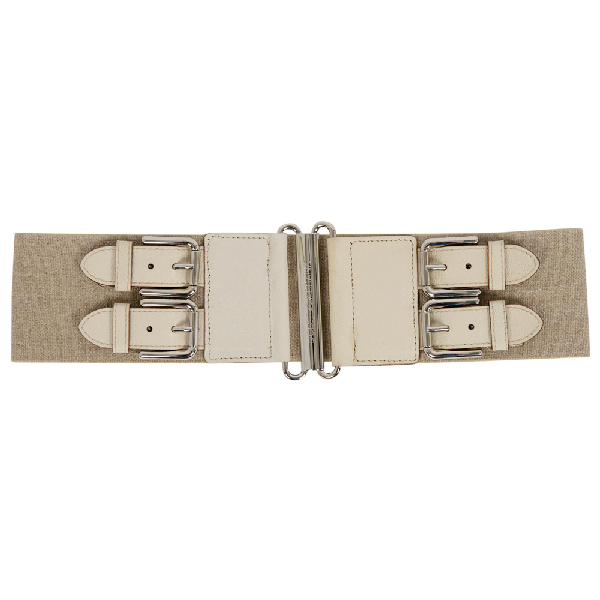 Add this stunning accessory from the house of Dolce and Gabbana to your collection. Featuring a beige canvas, elastic body and leather, this belt comes with silver tone closure on the front and detailed with buckles. Style with a billowy dress to cinch the waistline for a chic look.