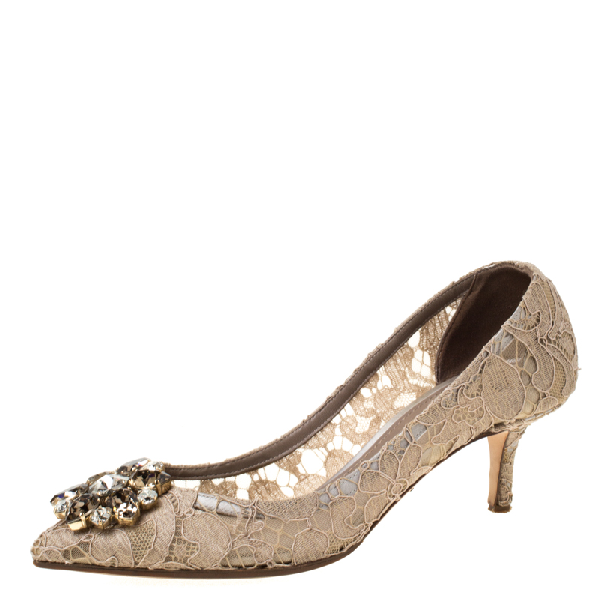 Deliver the most unforgettable looks in these beige pumps from Dolce and Gabbana From their shape and detailing to their overall appeal, they are utterly mesmerizing. The pumps are crafted from lace and decorated with crystals on their pointed toe box. They are complete with comfortable leather lined insoles and low heels.