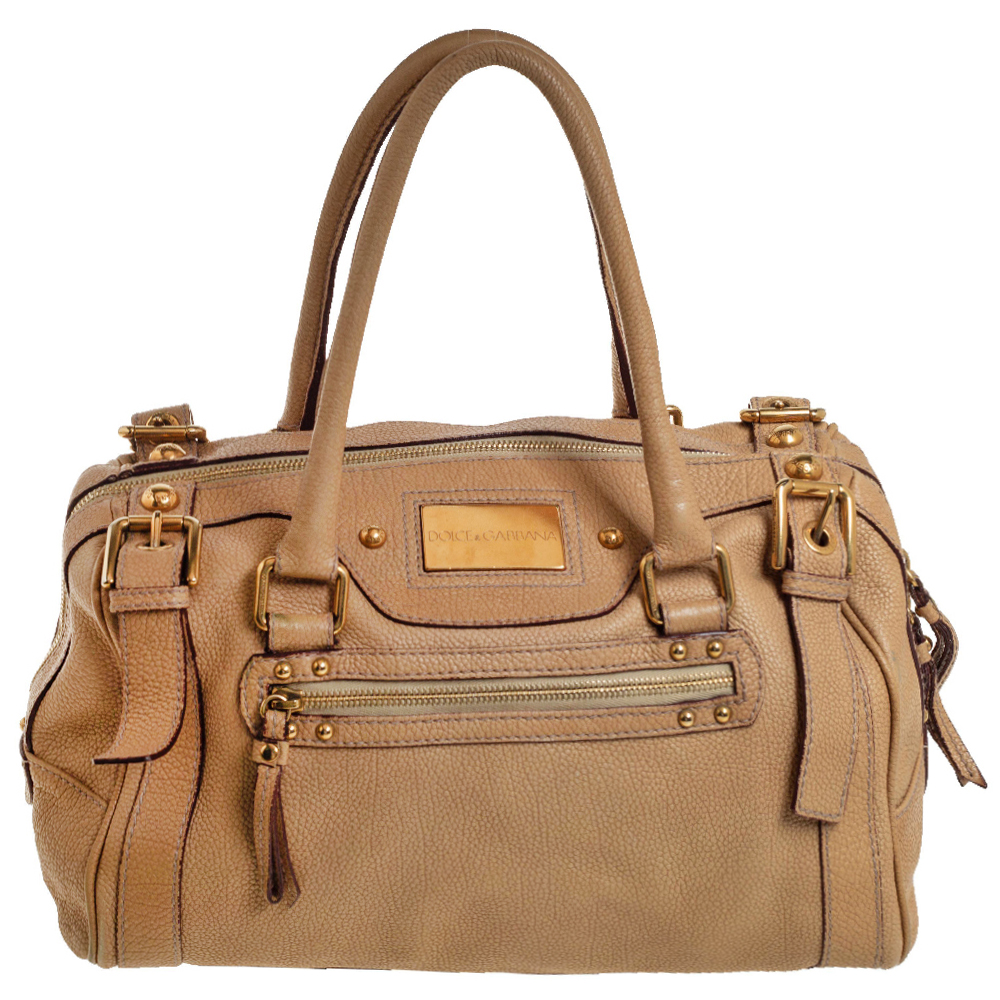 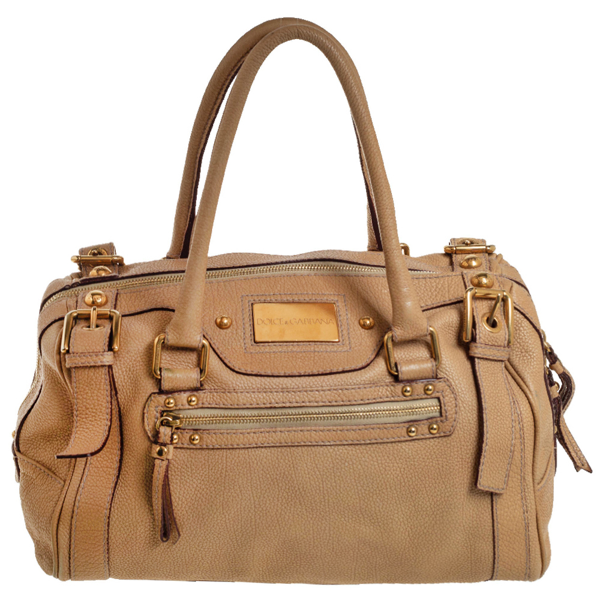 This chic Miss Easy Way Boston Bag by Dolce and Gabbana will complement both your casual and evening wear. Crafted from grained leather in beige, it is decorated with the brand plaque and a zip pocket at the front. The bag is equipped with two handles and a top zip closure that opens to a fabric interior. Swing this Boston in style