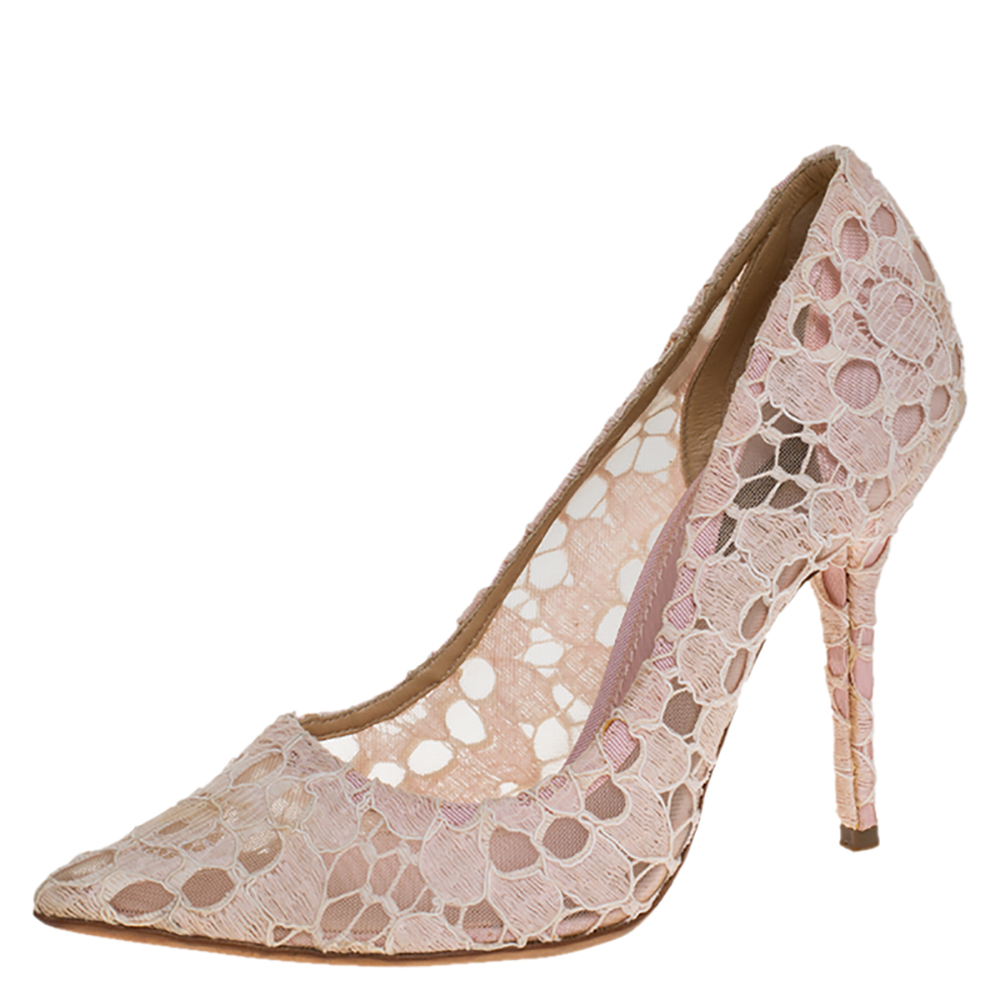 You can never go wrong with these stylish and feminine pumps from Dolce and Gabbana. Crafted in Italy, they are made from intricate lace and come in a lovely shade of beige. They are styled with pointed toes and have 11 cm heels. They are lined with leather and are finished with leather insoles and soles.