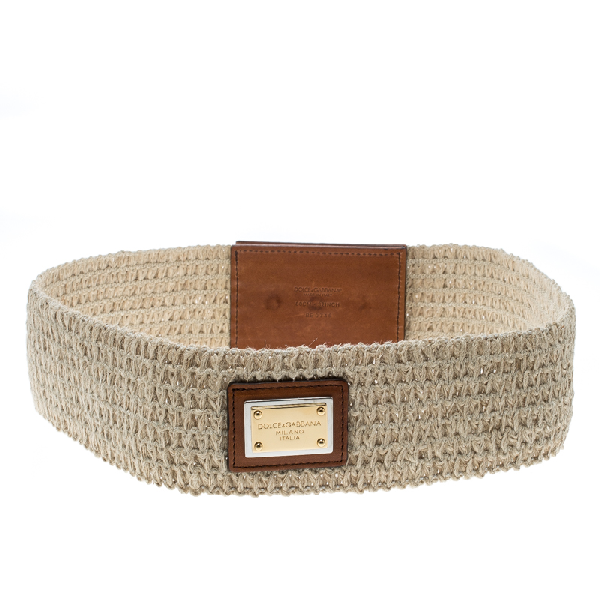 Whether its a shift dress or a midi skirt, youll look your fashionable best by accessorizing this Dolce and Gabbana elastic belt with it The beige and brown creation is crafted from leather and fabric and feature a gold tone logo engraved plaque on the front. It comes equipped with snap button closures and aptly justifies the creativity and hard work of skilled Italian hands.