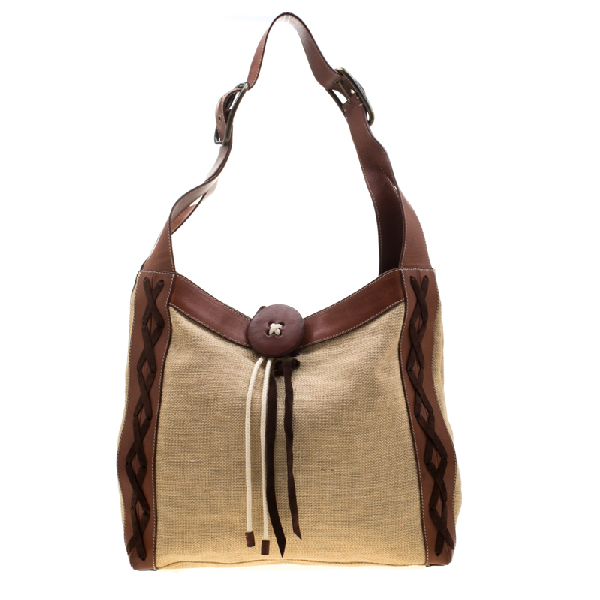 Dolce and Gabbana brings you this shoulder bag that has been crafted from canvas and leather with detailing of suede trims. It is designed with a button lock and a fabric interior for your belongings. The bag is complete with a shoulder handle.