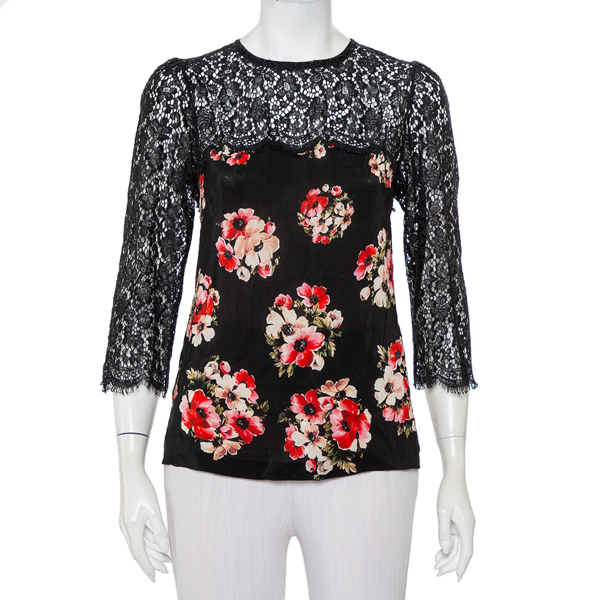 Elegant details meet fine tailoring The Dolce and Gabbana black creation in silk is beautified with lace panels. It is bound to offer an effortless look when worn with skirts or pants.