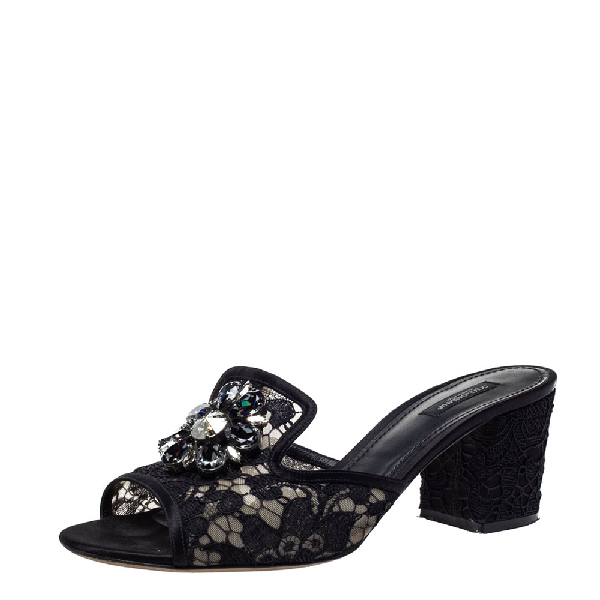 This beautiful pair of sandals by Dolce and Gabbana will elevate any outfit. Designed to deliver glamour and style, these sandals are crafted from intricate lace. These black sandals feature an open toe silhouette, uppers adorned with crystal embellishments, 6.5 cm heels, mesh lining and leather soles. They deliver comfort and can be worn all day long.