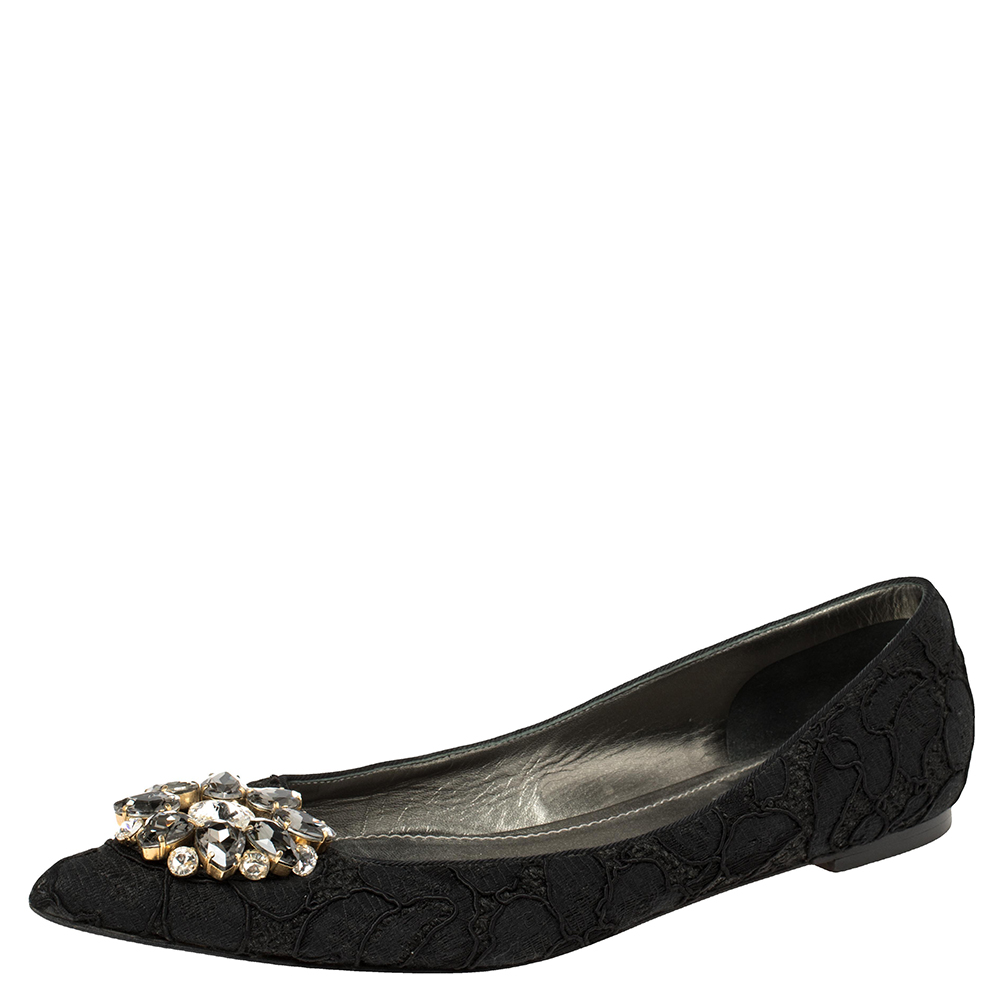 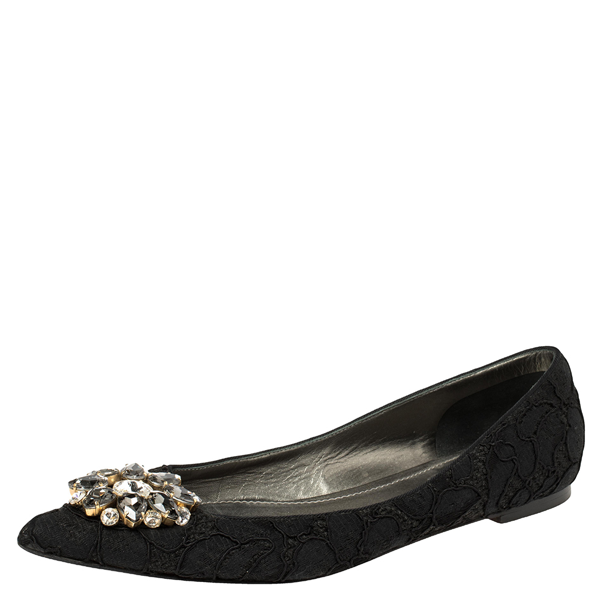 Dolce and Gabbanas flats are trendy and chic and will amp up your style quotient. These black flats are rendered in delicate lace to evoke the brands feminine elegance and are adorned with sparkling well cut crystal embellishments on the toes for an opulent finish.