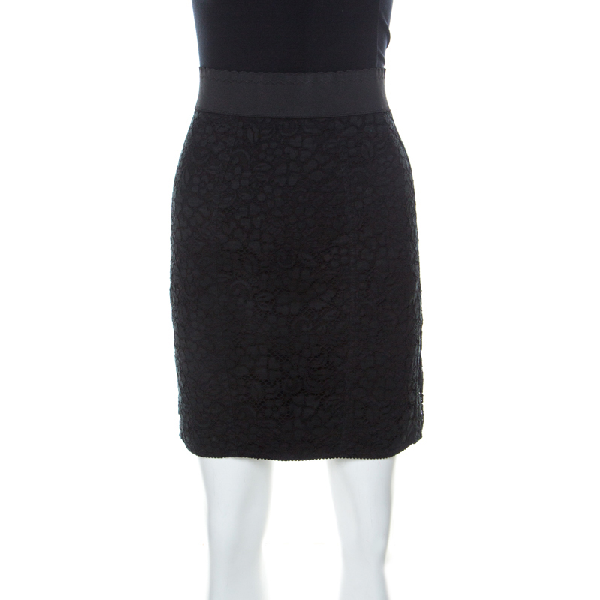 This elegant mini skirt from Dolce and Gabbana features a black lace detailed body rendered in a nylon cotton blend with an elastic waistband. Make this versatile piece an evening staple of your wardrobe. The zipper detail to the back and smart fit make it easy and comfortable to wear. Dress it up with a statement top and metallic heels.