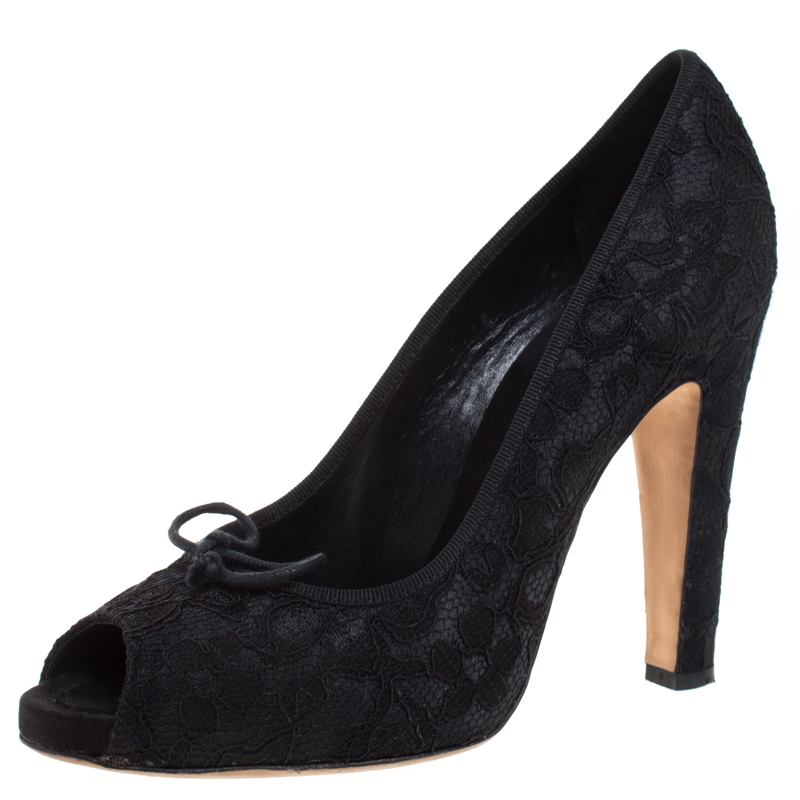 This pair of Dolce and Gabbana pumps is more than just a basic fashion statement. Crafted from lace, they feature peep toes and bow details. Set on 11 cm heels, you are sure to feel your best when you wear this pair of black pumps.