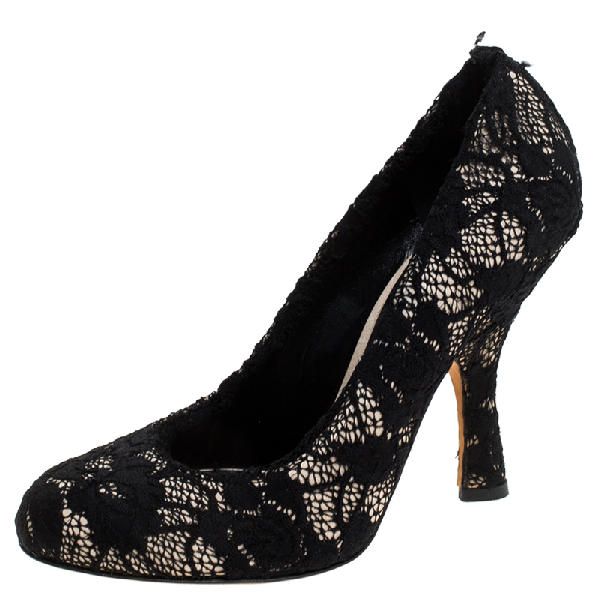 Every wardrobe should have at least one Dolce and Gabbana pair of shoes and these shoes in lace are a must. The exterior is made from black lace. They come with rounded toes and 11 cm high heels. The insoles are leather lined with brand detailing.