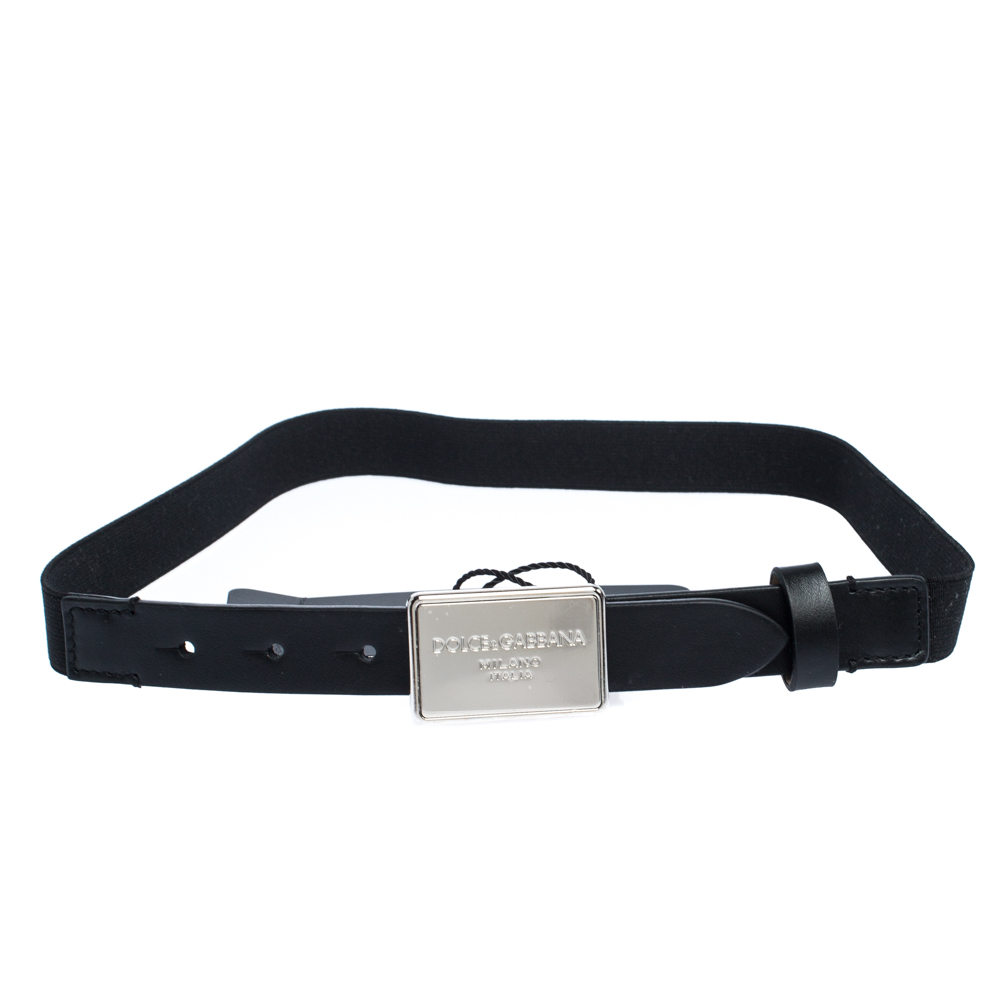 Light up your belt collection by adding this black belt from Dolce and Gabbana. It has been crafted from leather and elastic and is detailed with a logo engraved plaque buckle in silver tone. This belt is durable and worthy of a place in your closet.