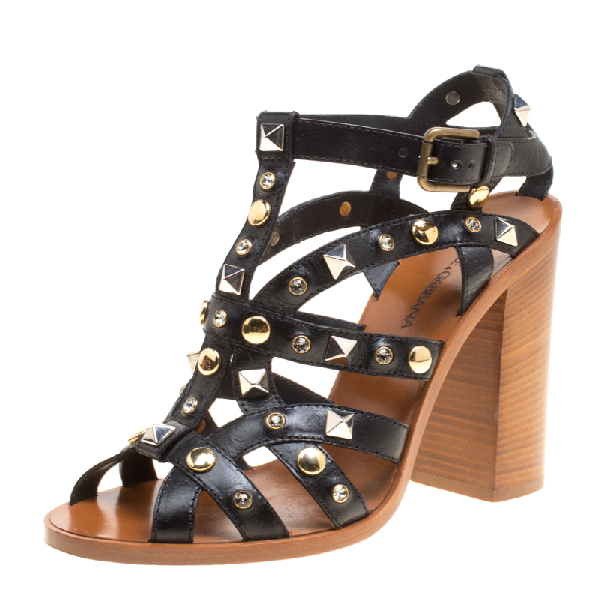 How can one not fall in love with these sandals by Dolce and Gabbana Theyve been beautifully crafted from black leather and detailed with studs on the strappy layout. The sandals carry leather insoles, buckle fastenings, and 11.5 cm heels.