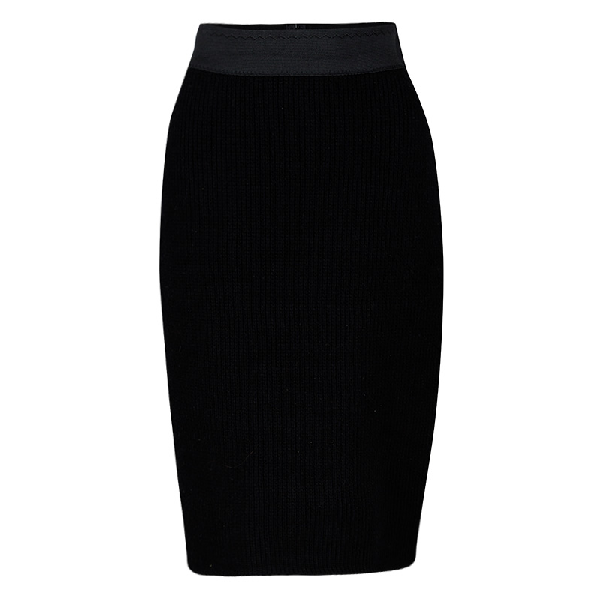 Theres just too much of beauty in this amazing skirt from Dolce and Gabbana. The fabulous creation is knit from a wool blend and it features a black shade and a scalloped waistband. This high waist skirt will absolutely make you look elegant and stylish.