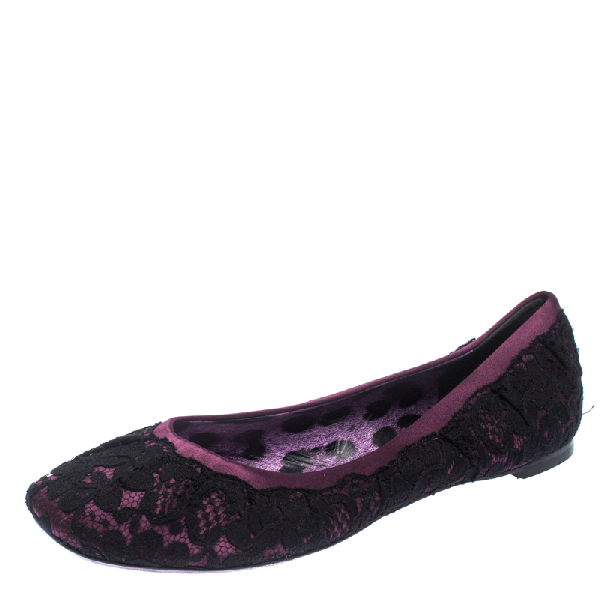 Pair your favourite outfit with these Dolce and Gabbana flats for a stylish look. Crafted from beautiful lace and satin, these flats come in lovely hues of black and purple. Wear these flats lined in leather and look the most fashionable in town.