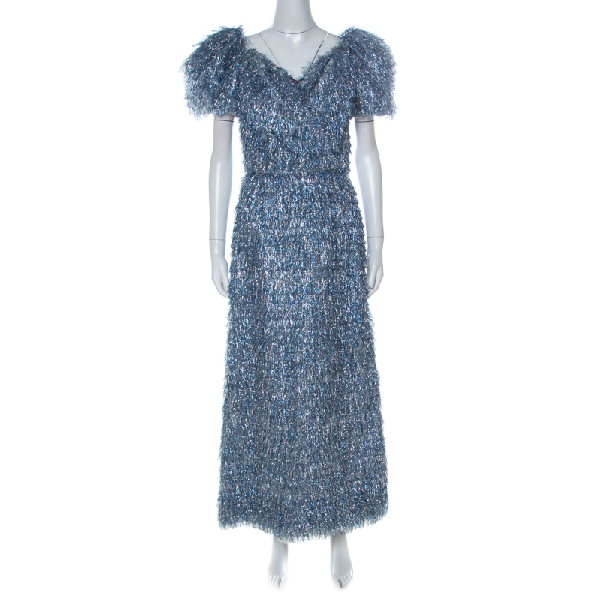 Feminine and beautiful, this Dolce and Gabbana ensemble is a true example of the brands bold designs. This blue and silver dress has a comfortable fit and an elegant appeal to suit your evening look needs. Masterfully tailored with V neckline, puffed short sleeves and zip fastening, this evening dress makes for a timeless piece that every modern day diva must own.