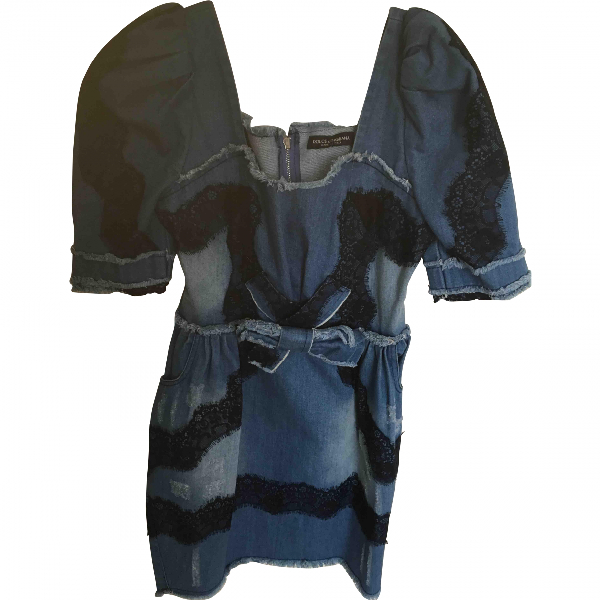 Dolce & Gabbana \N dress for women. Blue Denim - Jeans. Size 36 FR. Used condition. Led by the duo Choc Domenico Dolce and Stefano Gabbana, the prestigious fashion house is at the height of its success. The D&G aesthetic is feminine and luxurious, featuring cult pieces that the fashion world is forever coveting. Dolce & Gabbana create unique collections famed for their finesse, quality and originality.