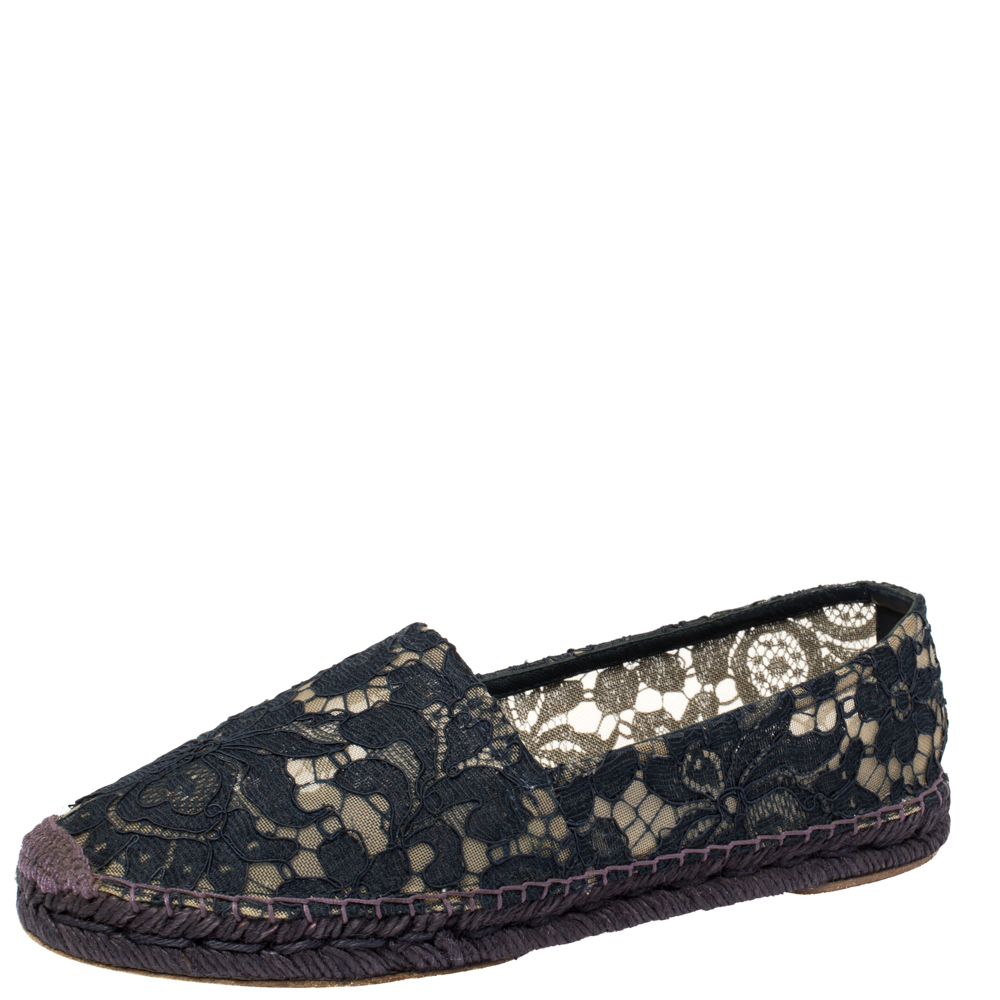 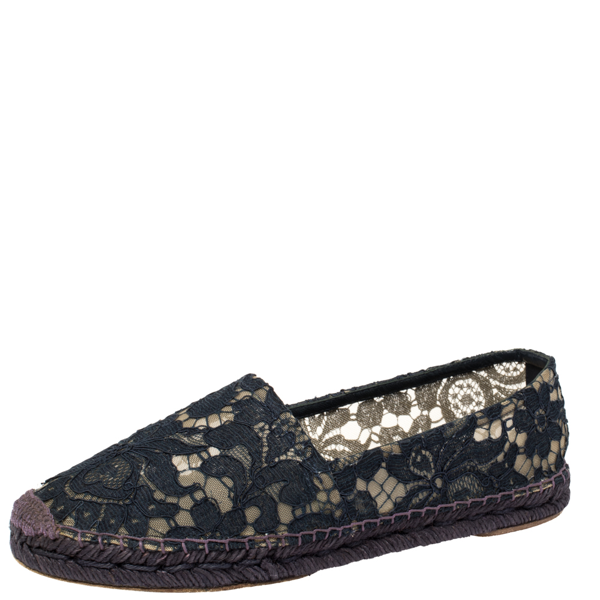 Step out in style every day with these gorgeous espadrilles from Dolce and Gabbana. Featuring a pretty lace exterior, this round toe pair is completed with braided jute details on the midsoles and knitted details on the toes. Slip these on with shorts and dresses.

A world of fashion, powered by technology. ModeSens pulls from the racks of 48,099 luxury brands, aggregating every product at the item level for a seamless, transparent and secure shopping experience