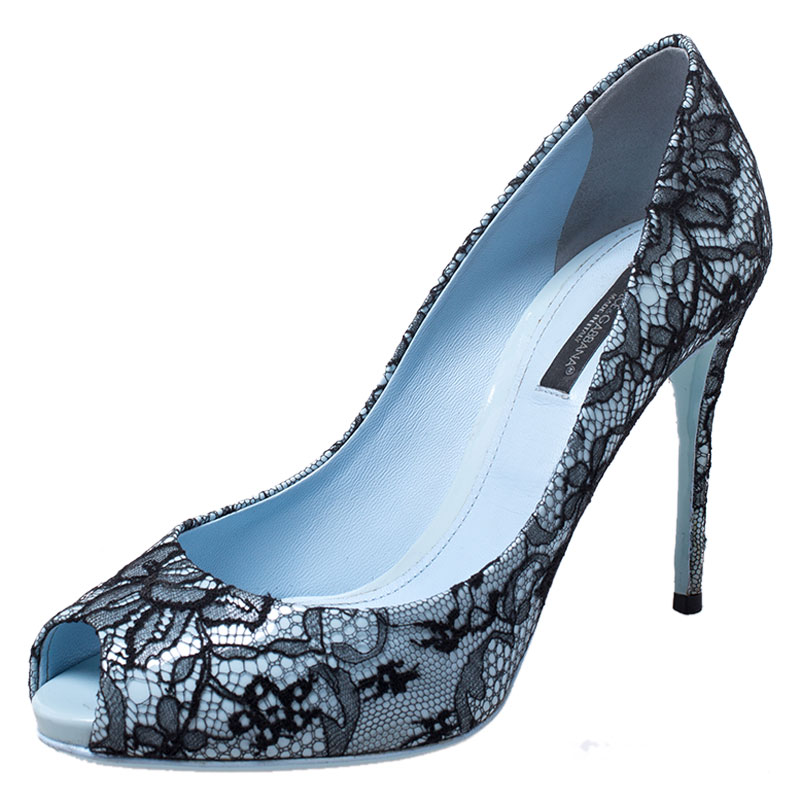 These pumps from Dolce and Gabbana are here to take your breath away The blue pumps have been crafted from patent leather and overlaid with black lace. They come equipped with leather insoles, 10 cm heels and solid platforms that offer maximum grip while walking.