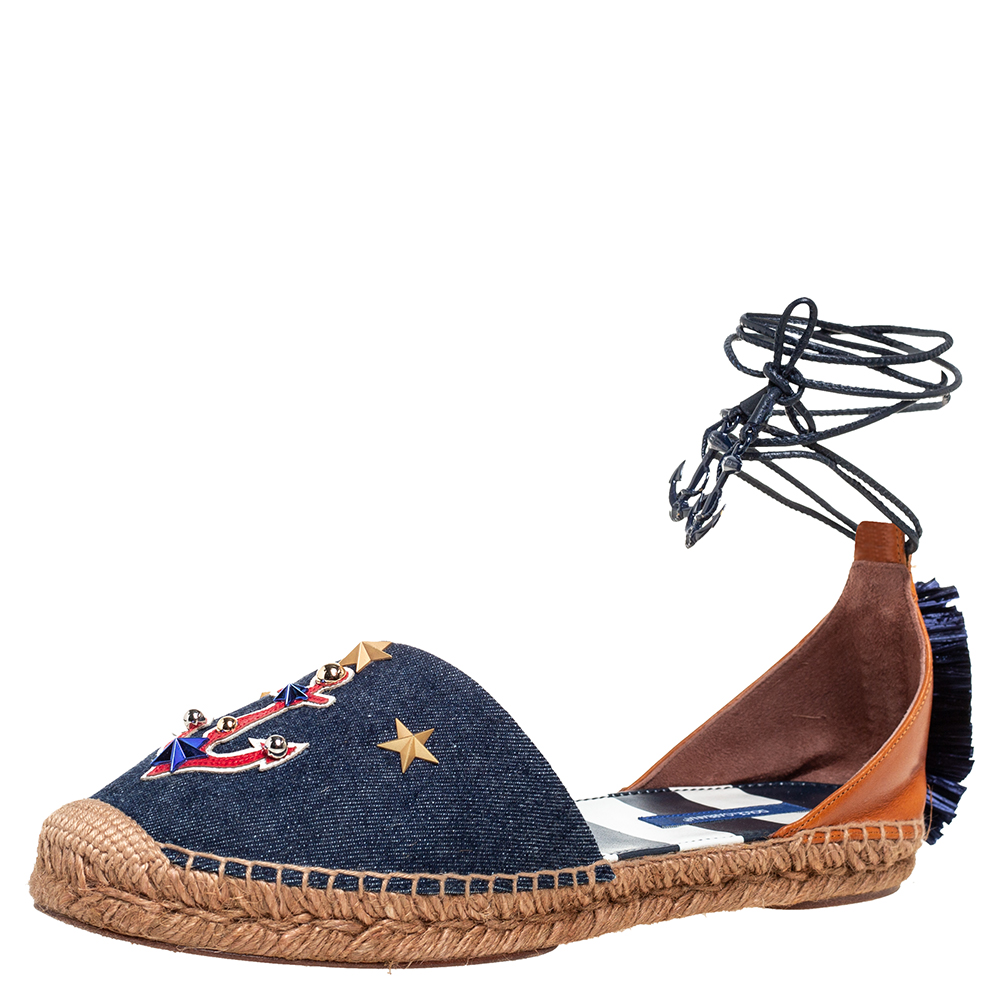 These espadrille sandals by Dolce and Gabbana are perfect to be paired with any outfit of your choice. Stay comfortable through your day with these denim and leather sandals that come with embellishments. They bring round toes, covered counters, ankle ties, and durable soles.