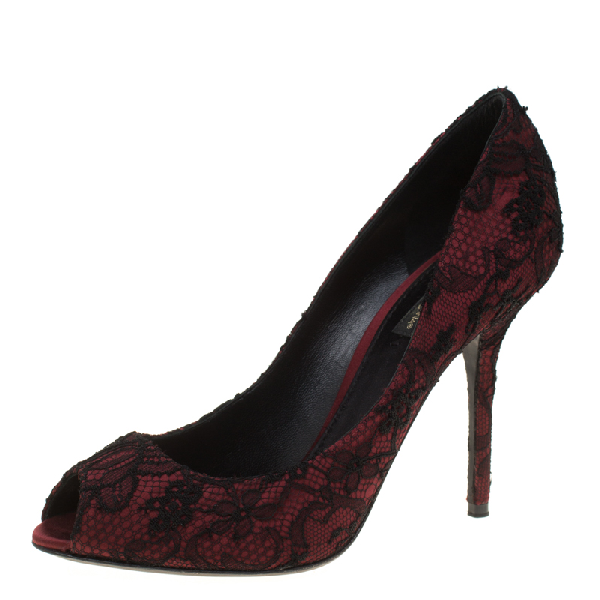 Theres nothing that speaks elegance better than lace and thats why these burgundy pumps by Dolce and Gabbana are a dream worth owning. Beautifully designed with satin and lace, these pumps flaunt peep toes, stiletto heels, and leather insoles. Strike the right pose by assembling the pair with maxi dresses and jumpsuits.