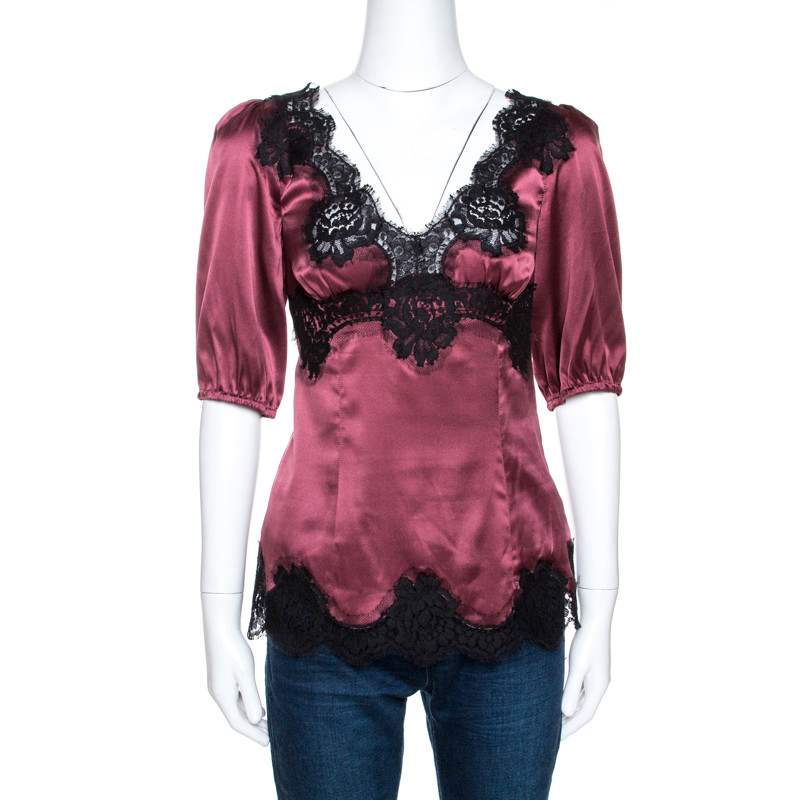 This magnificent Dolce and Gabbana top is a classic blend of bold and feminine style. Crafted from cotton and silk blend, it flaunts a lovely shade of burgundy. It is styled to flatter and will make sure you are the centre of attention wherever you go. It comes with a v neck that is enhanced with trims of intricate lace, elbow length sleeves, a deep back, zip closure and scalloped lace trims on the hemline. Pair with sleek pants for a polished look.