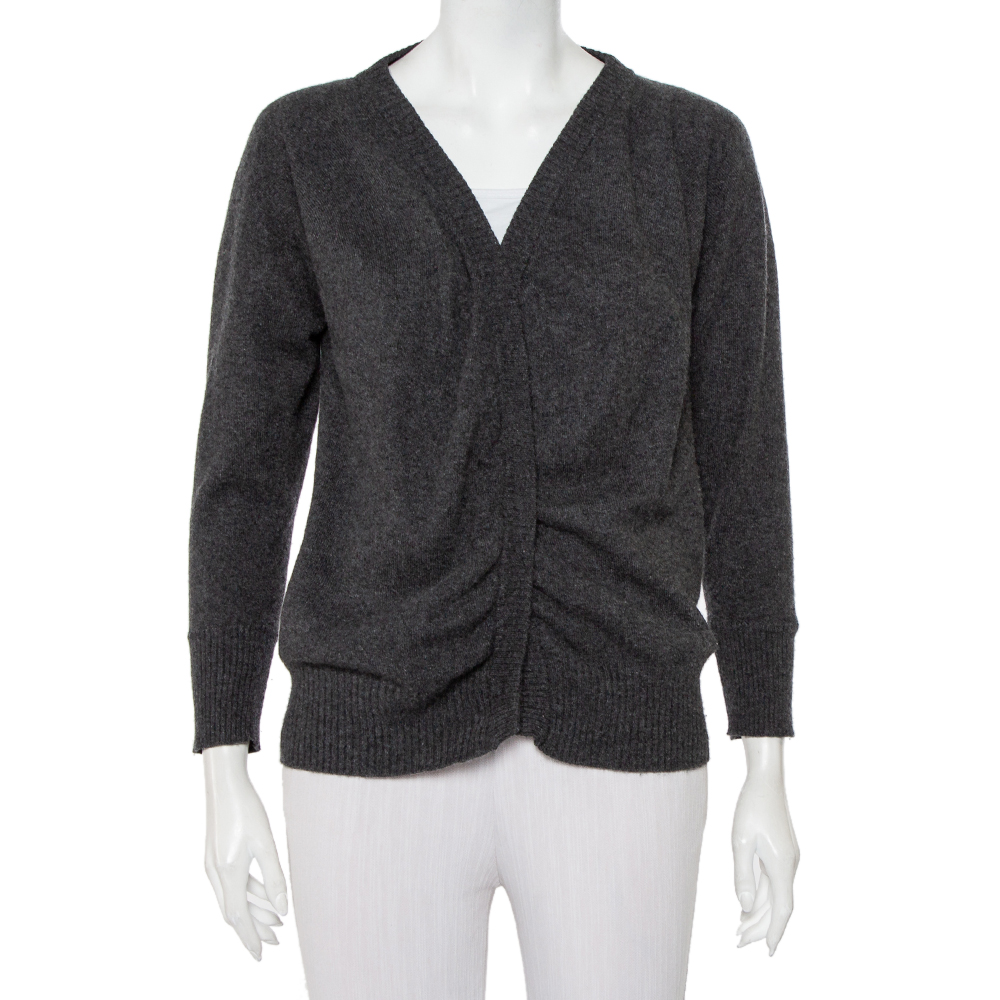 Essential for your winter closet, this Dolce and Gabbana cardigan is a simple yet style piece. It has made from a wool blend and features tie detailing. The creation is finished off with long sleeves and a charcoal grey shade.