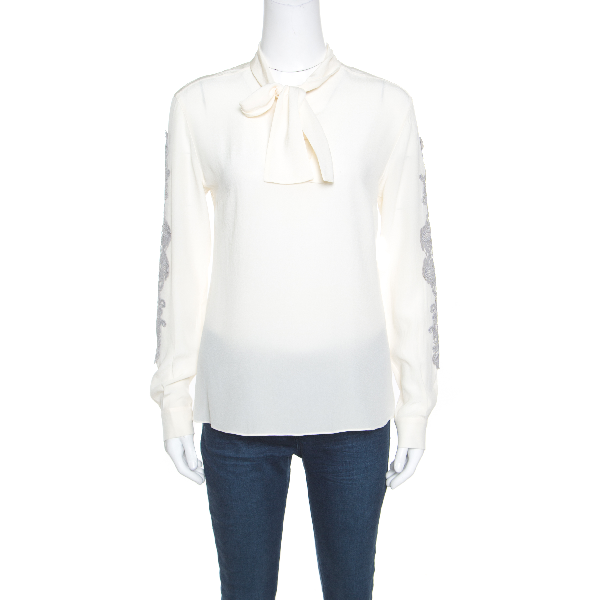 Youll find occasions to wear this lovely cream blouse from Dolce and Gabbana It is made of a silk and crepe blend and features a bow tie detailing on the neckline. It flaunts long sleeves with an artistic lace applique design on the sides. Pair it with denims or formal trousers for you special outings.