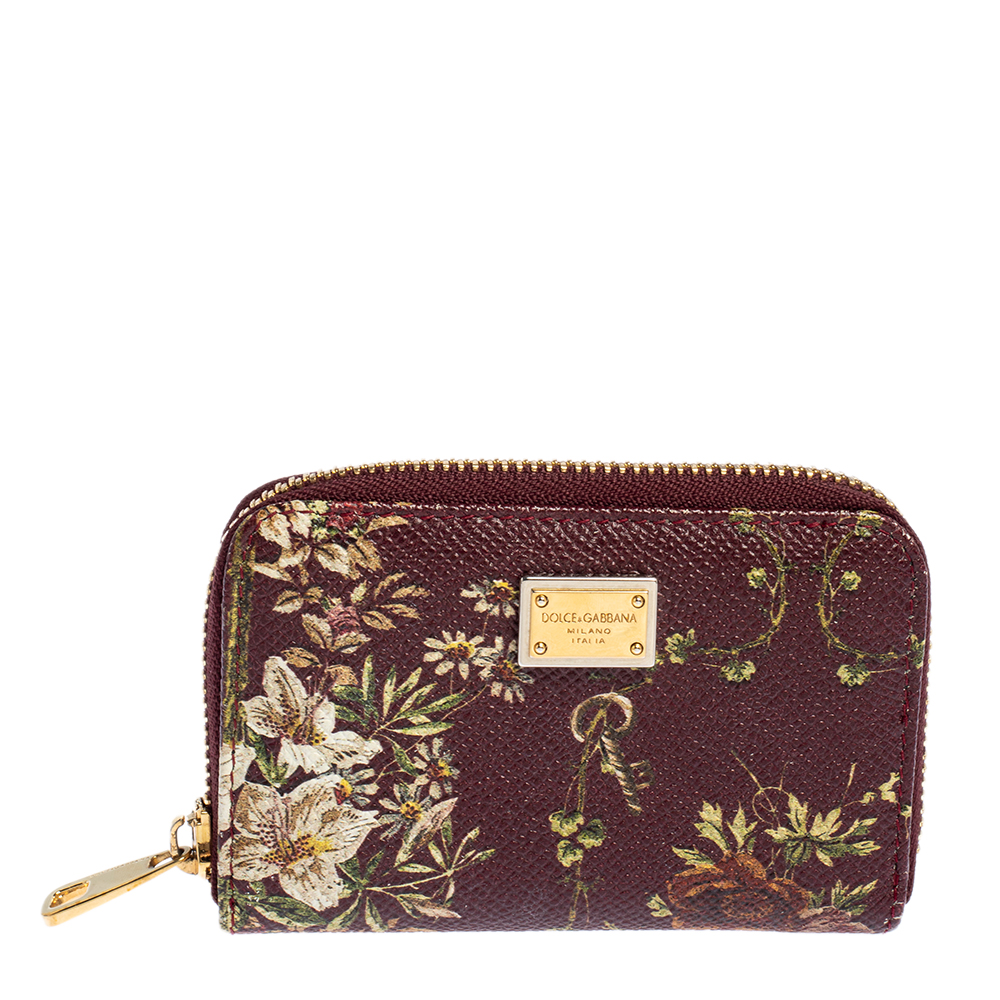 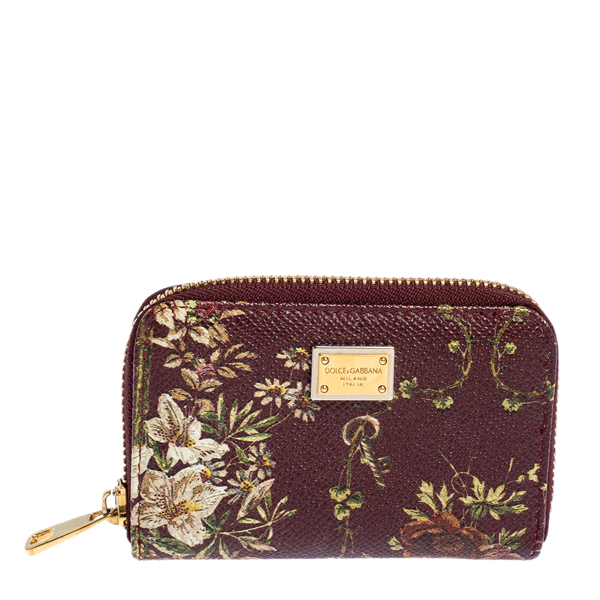 This Dolce and Gabbana creation has been beautifully crafted from floral printed leather. The zip closure secures an interior sized to dutifully hold your coins and cards. It is equipped with a gold tone logo plaque to the front.