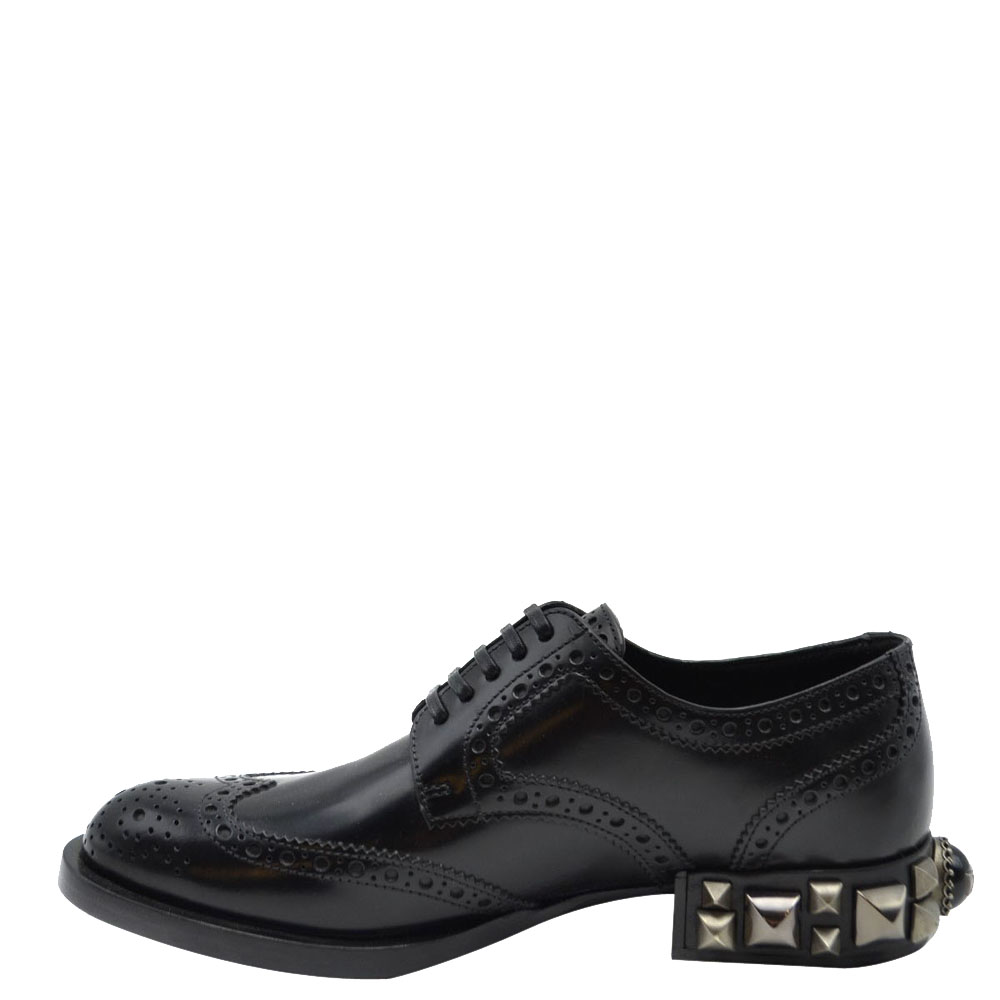 Upgrade your classy look with this pair of brogue derby shoes from the house of Dolce and Gabbana. Crafted from premium quality leather, the pair features a lace up detail, embellished detailing, and a short stack heel. It can be styled with formal and evening attires for a debonair appearance.