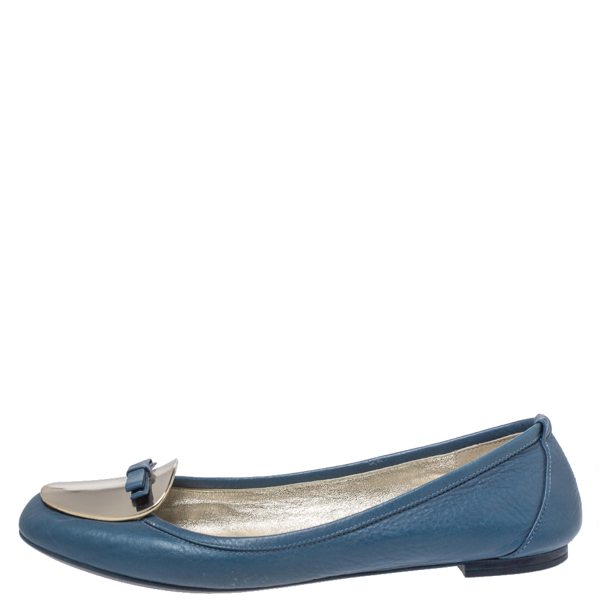 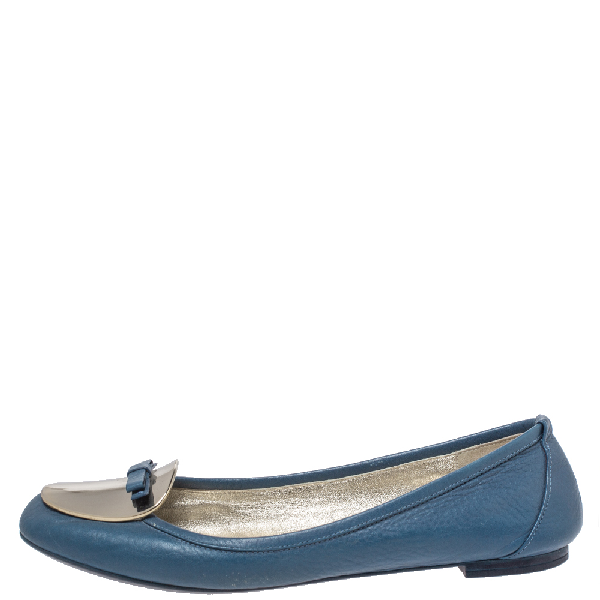 These classic ballet flats by Dolce and Gabbana are a closet staple for any woman. These stylish blue ballet flats have been crafted from quality leather. They are styled with round toes, gold tone metal plaque on the uppers with logo detailing and rubber soles.