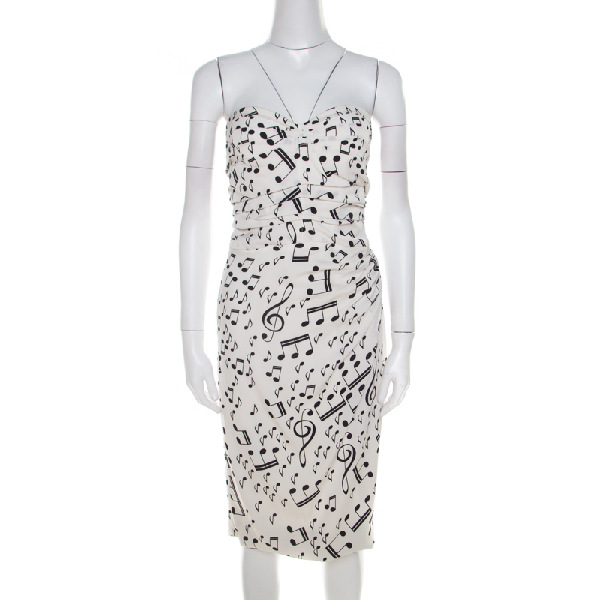 This Dolce and Gabbana dress doesnt fall short of elegance. Crafted from a silk blend, this musical note print dress features a strapless sweetheart neckline and pleated detail. It comes with a rear zip closure, a back vent and a knee length hem. Team this white dress with contrasting sandals and a statement clutch.