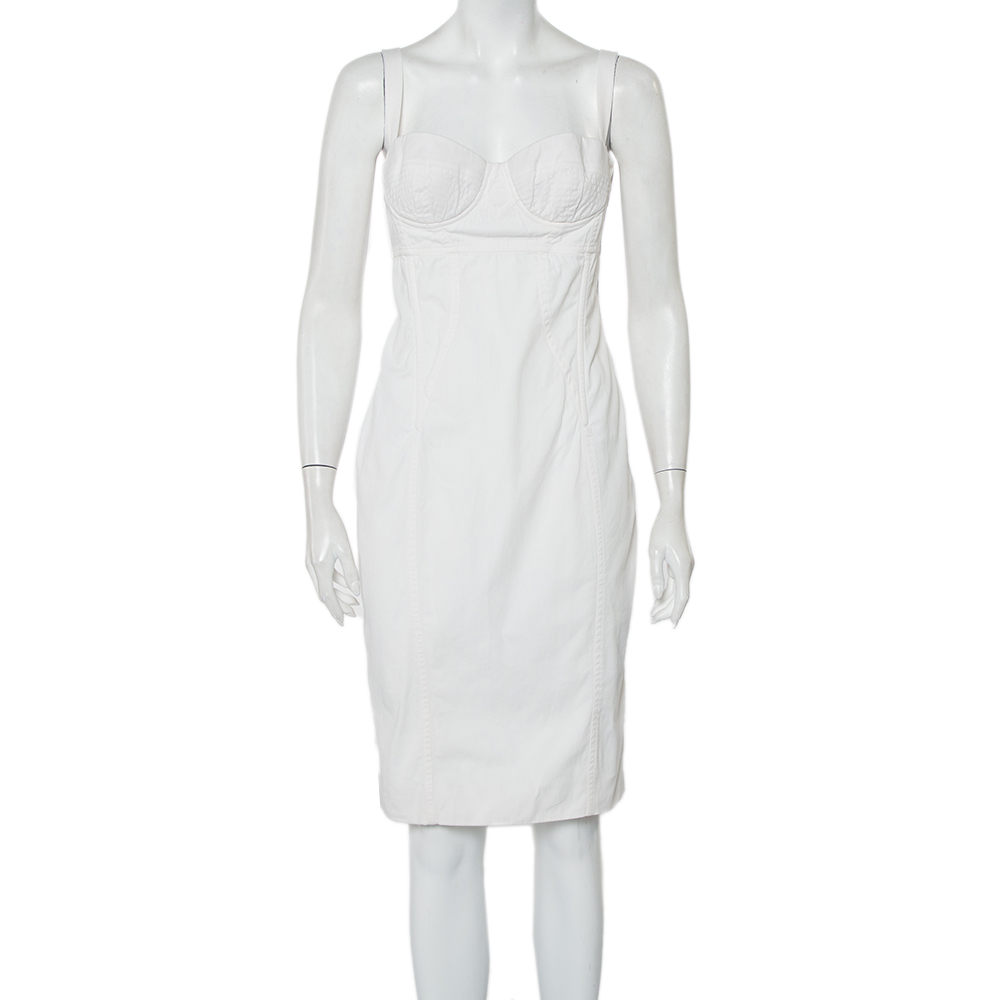 This dress by Dolce and Gabbana is elegance personified. Made from cotton, the dress has a soothing white color and extends up to the knees. The bustier dress has thin shoulder straps and is perfect for that brunch date with your girlfriends.