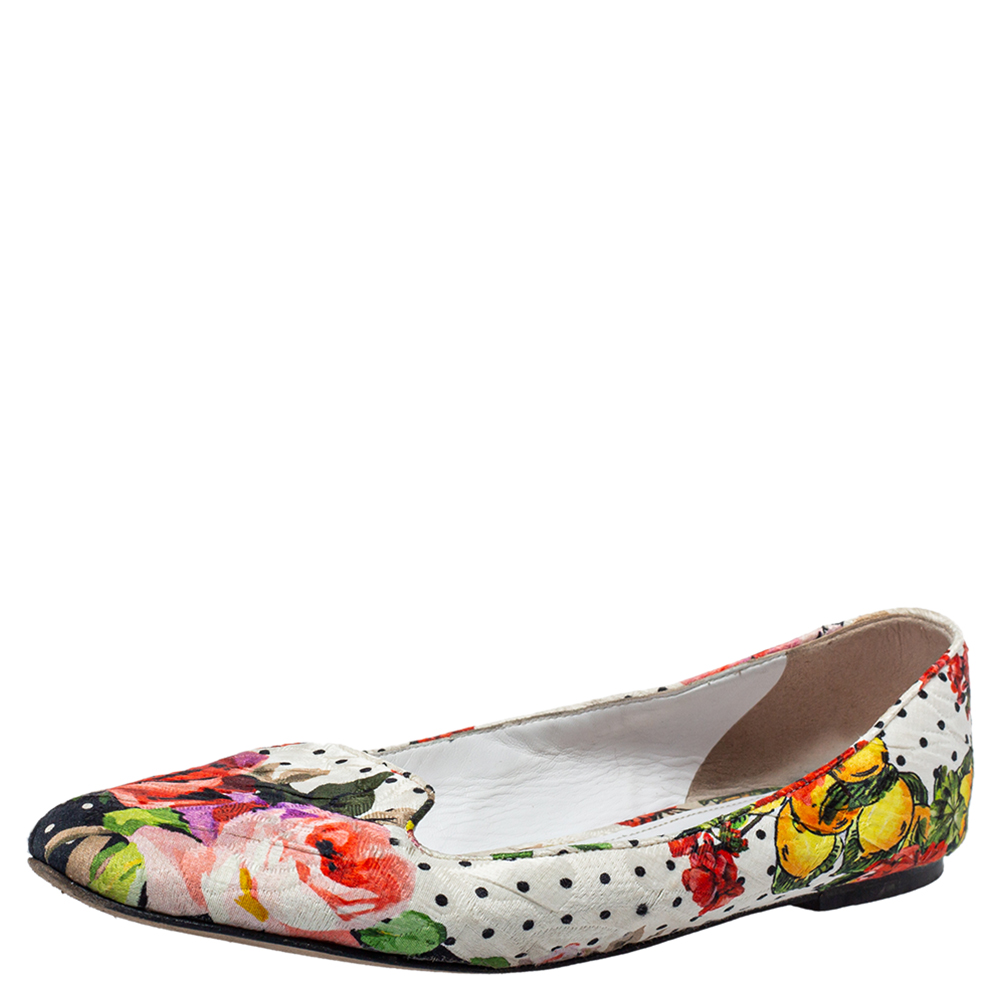 These smoking slippers from Dolce and Gabbana promise to adorn your feet with sheer elegance They are crafted from white floral printed fabric and feature round toes. They are equipped with comfortable leather lined insoles and can be worn for your everyday outings.