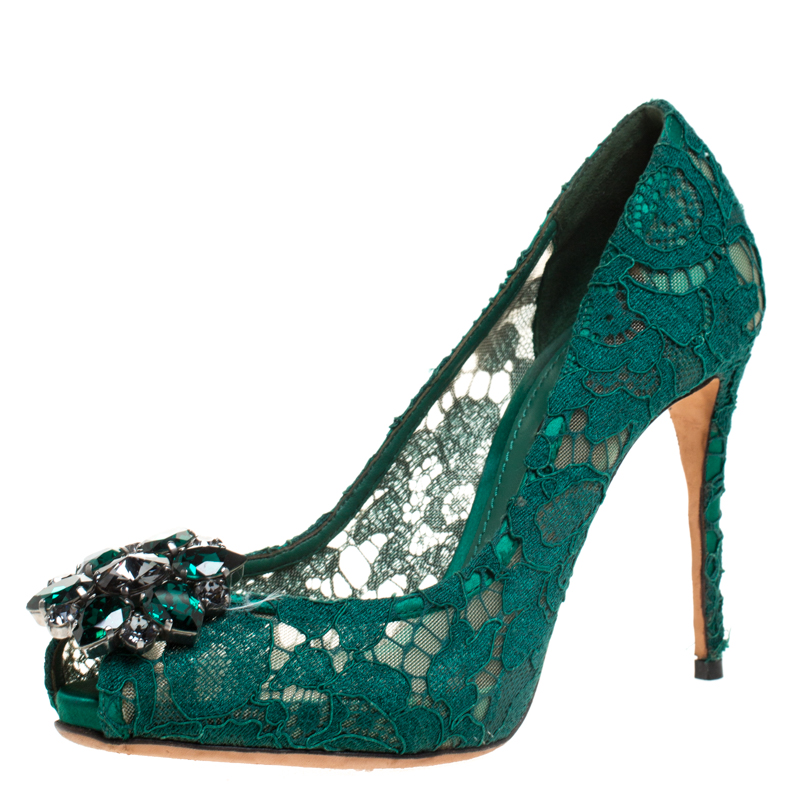 Own this meticulously designed pair of Dolce and Gabbana pumps today and dazzle everyone whenever you step out Crafted out of lace in a striking green hue and lined with mesh on the insides, this number has been beautified with heart skipping crystal flowers and stiletto heels. The pumps are so stylish, even the heels have the lace spread.