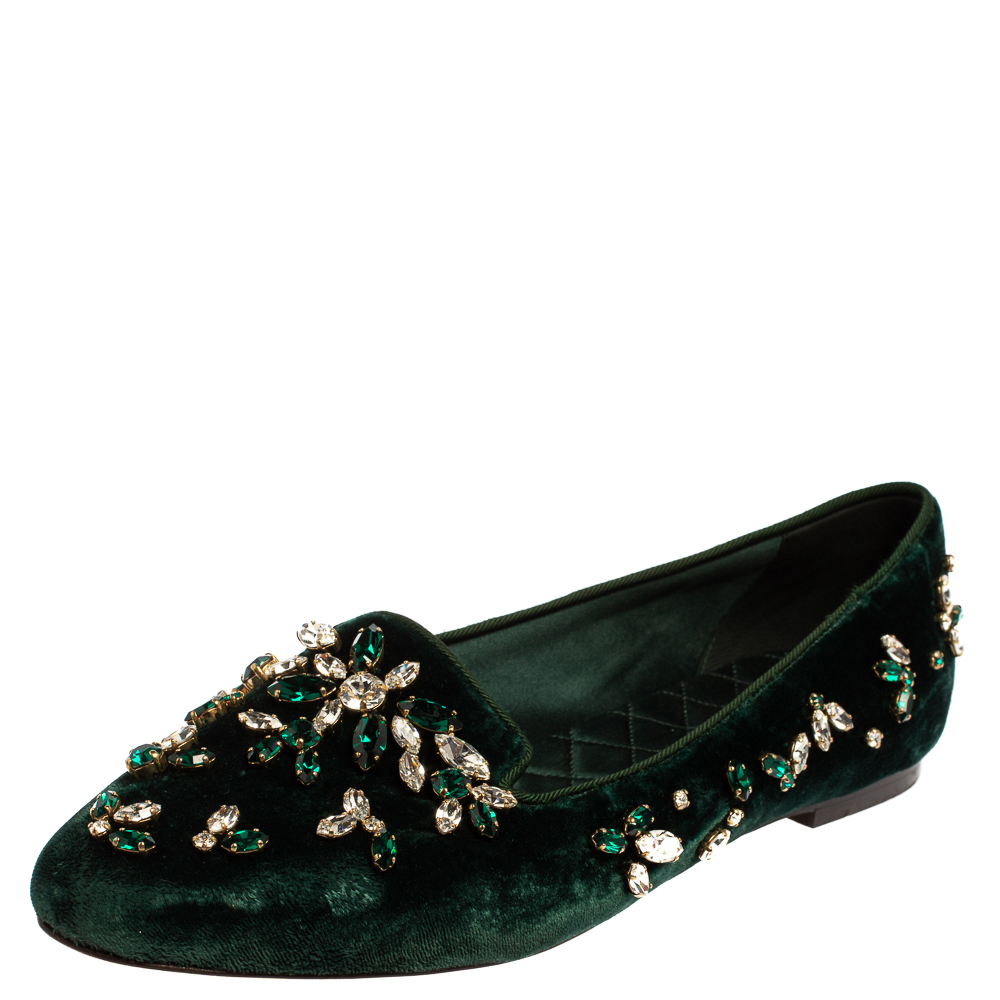 No one does glamorous charm like Dolce and Gabbana These stunning loafers are proof of that. Crafted from smooth velvet in a regal green shade, the exterior is detailed with well cut crystals that are artfully placed to dazzle and emanate an opulent appeal.

A world of fashion, powered by technology. ModeSens pulls from the racks of 47,964 luxury brands, aggregating every product at the item level for a seamless, transparent and secure shopping experience