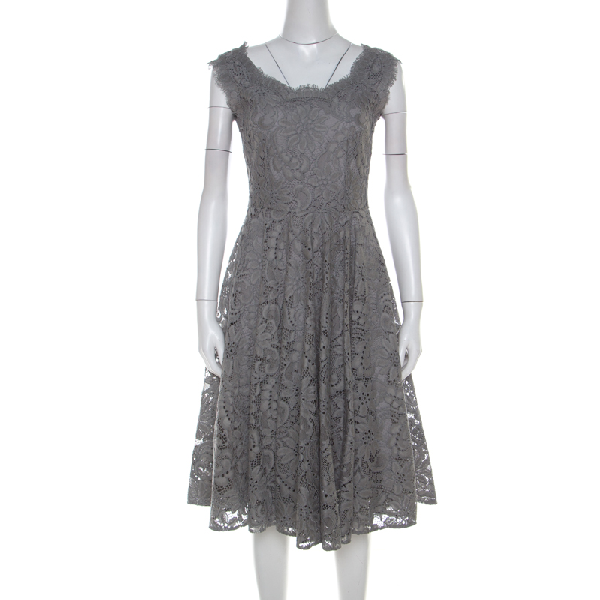 From the house of Dolce and Gabbana, this dress is a masterpiece creation. For a standout look this season, flaunt this blended fabric attire designed with a lace overlay into a flared silhouette. Celebrate the season with grey this stunning dress.