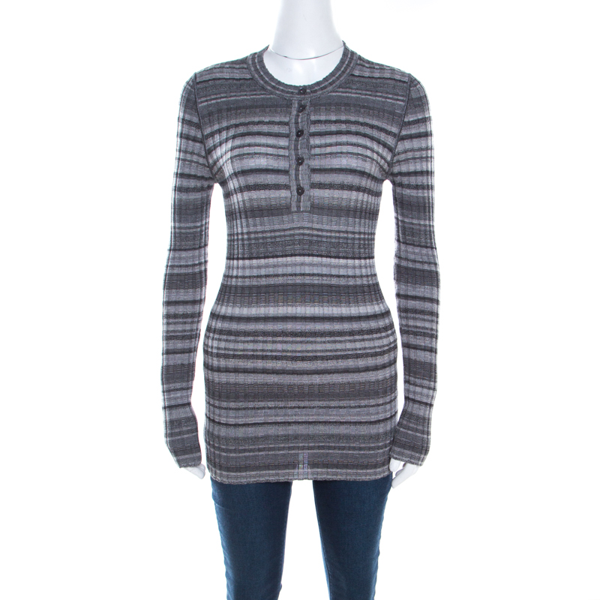 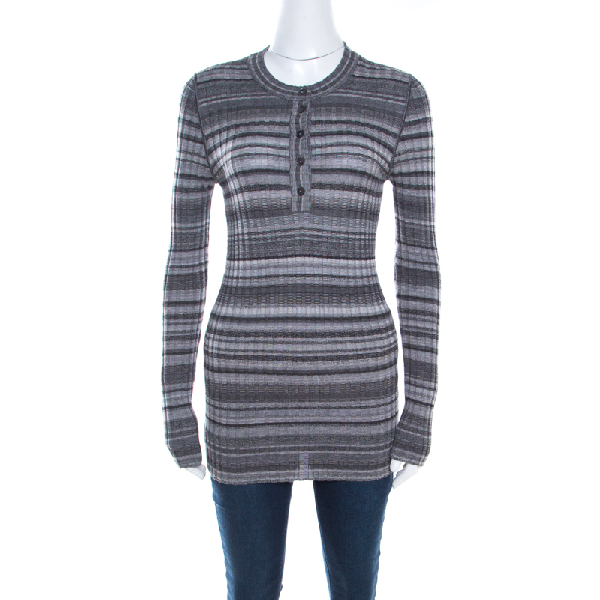 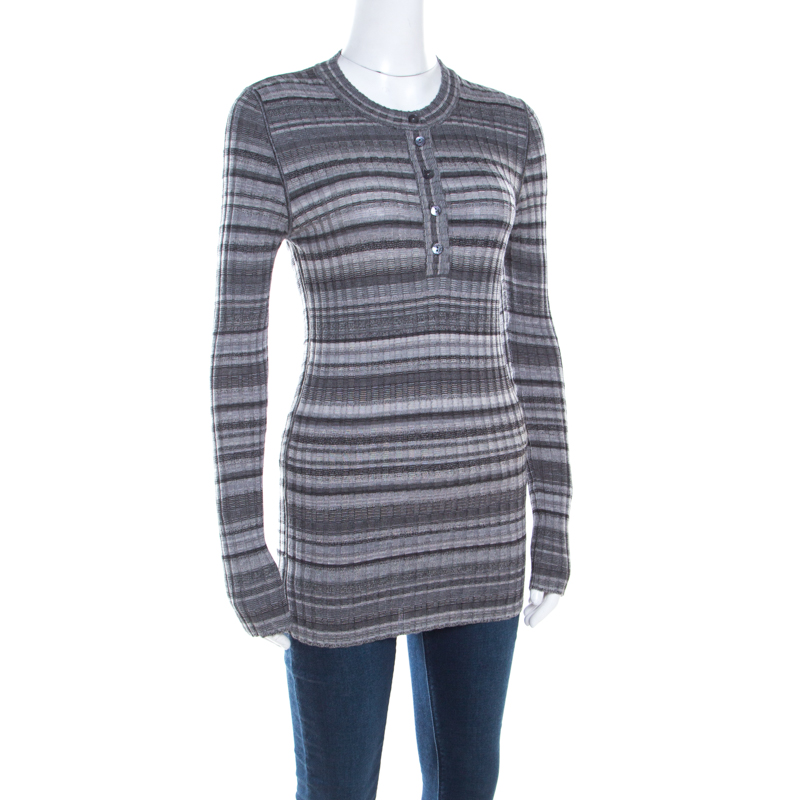 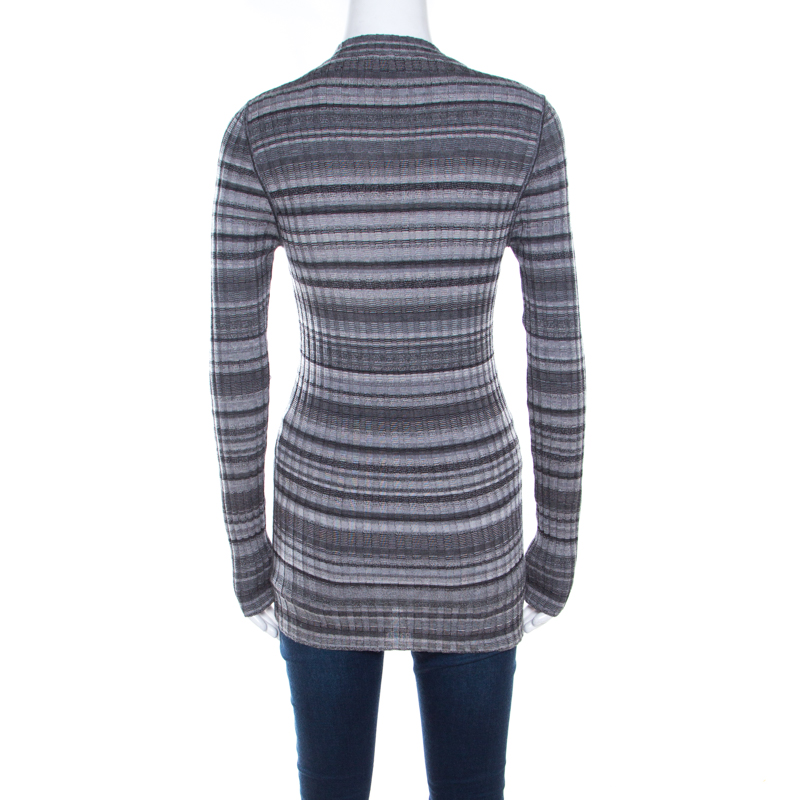 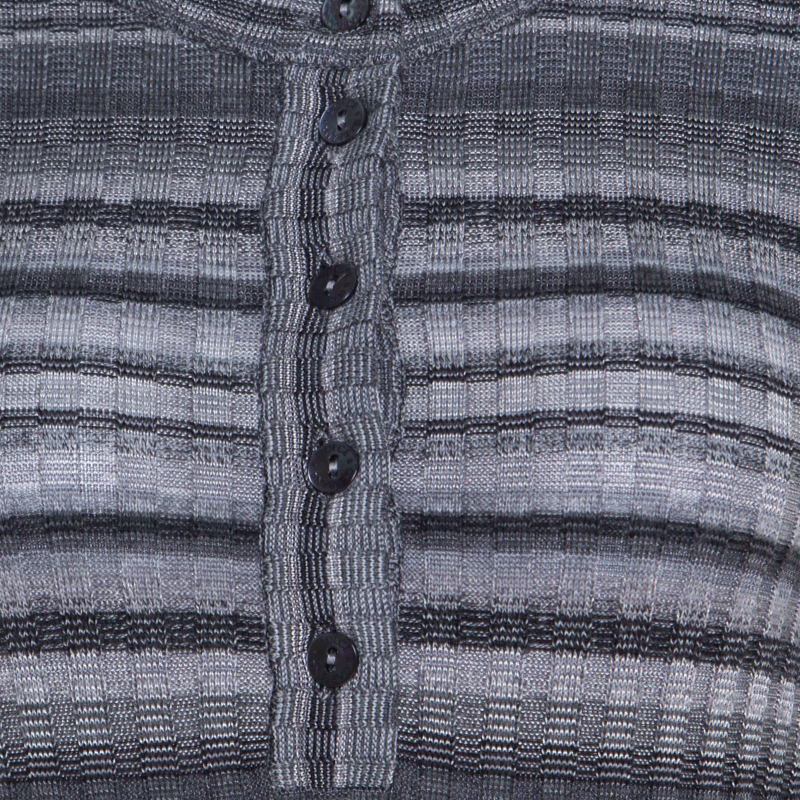 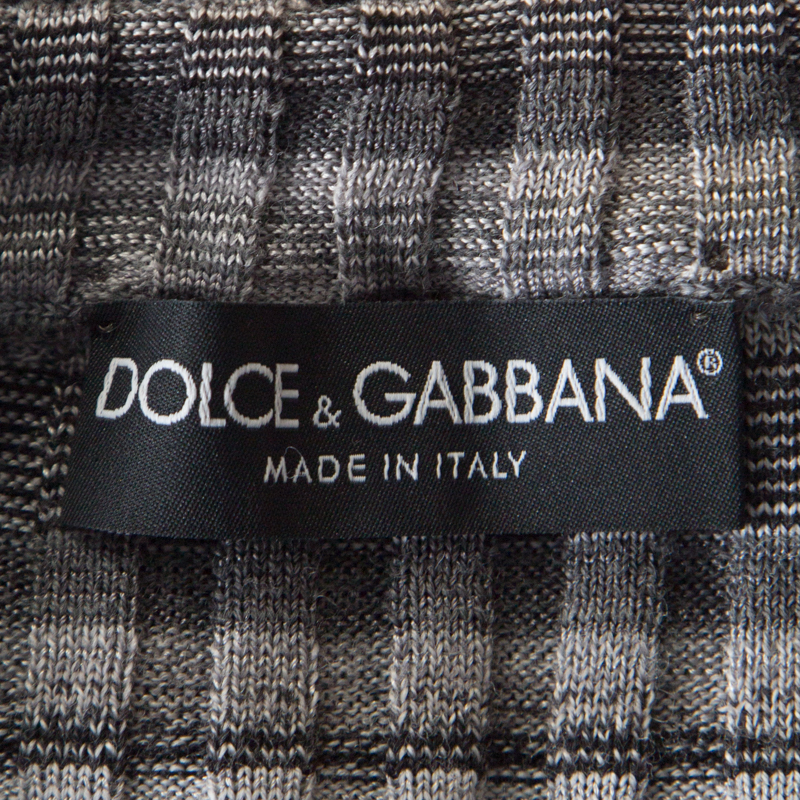 This Dolce and Gabbana creation comes in a ribbed knit stripe design with long sleeves and a round neckline. This grey sweater top is made in Italy and features a front buttoned closure. This casual wear will provide comfort on your lazy winter days